If you don't have a smartphone, you're out of luck. 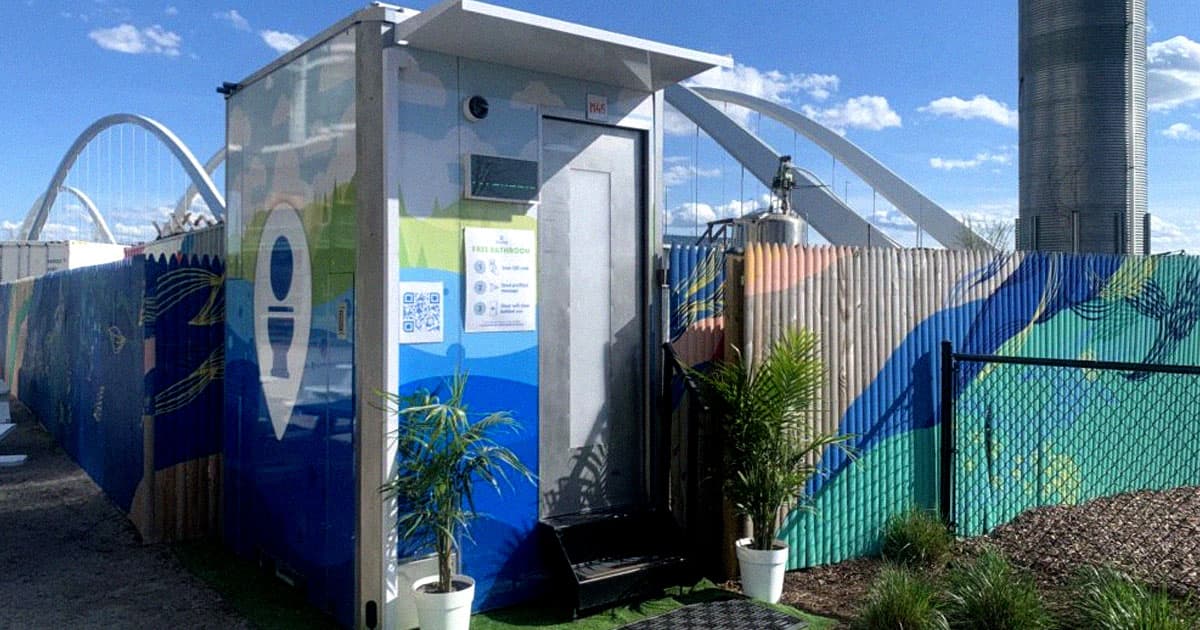 A Maryland-based startup called Throne Labs thinks it has the answer to the lack of public and clean bathrooms in cities like Washington, DC. That answer? App-based public restrooms that only let you in with a QR code — and which track if you've left a mess behind.

The company says it's solving a real issue that's been exacerbated by the COVID-19 pandemic: too few public bathrooms, which tend to affect those without housing, young children, or those with disabilities the most, as The Washingtonian reports.

First, users will have to download an app and scan a QR code to get in — to be fair, not exactly something you'd want to deal with if you really needed to go.

But the most noteworthy innovation here would be an Uber-style accountability system that not only asks users to provide feedback on any given toilet's cleanliness, but will contribute to their personal "Throne score" as well. The bathroom is even smart enough to tell if you've been hogging the bowl for too long thanks to some built in weight sensors.

In other words, your cleanliness score as a bathroom user will be tracked, just like Uber drivers are able to track how pleasant of a rider you were.

Ruining It for Others

Of course, the app would also conveniently exclude the people who likely need a public restroom the most: those without phones, who are almost certainly already homeless or on the margins of society. And that's without getting into people with dead batteries, or who don't speak the language the app is in, or who don't want to download an app that collects data about how they use the bathroom in the first place.

All told, is this really the kind of disruption the public bathroom needs? And should we really trust private companies with that kind of data? We'll let you ruminate on that question during your next trip to the lavatory.

More on toilets: Scientists Working on Toilet That Identifies You by Your Butthole

Read This Next
Not Basic
This Edible QR Tag Looks like a Big Ol' Hit of Acid
More on Future Society
Ring The Alarm
3:40 PM on the byte
Whistleblower Claims Facebook Can Secretly Drain Your Phone's Battery on Purpose
I Silence Thee
Jan 28 on futurism
Leaked Messages Seem to Show Elon Musk Using Twitter to Punish His Enemies
Gas Giant
Jan 27 on the byte
Journalist Eats Lab-Grown Chicken, Gets "Weirdly Gassy"
READ MORE STORIES ABOUT / Future Society
Keep up.
Subscribe to our daily newsletter to keep in touch with the subjects shaping our future.
+Social+Newsletter
TopicsAbout UsContact Us
Copyright ©, Camden Media Inc All Rights Reserved. See our User Agreement, Privacy Policy and Data Use Policy. The material on this site may not be reproduced, distributed, transmitted, cached or otherwise used, except with prior written permission of Futurism. Articles may contain affiliate links which enable us to share in the revenue of any purchases made.
Fonts by Typekit and Monotype.