The Promise of Bitcoin: An Interview With Andreas M. Antonopoulos 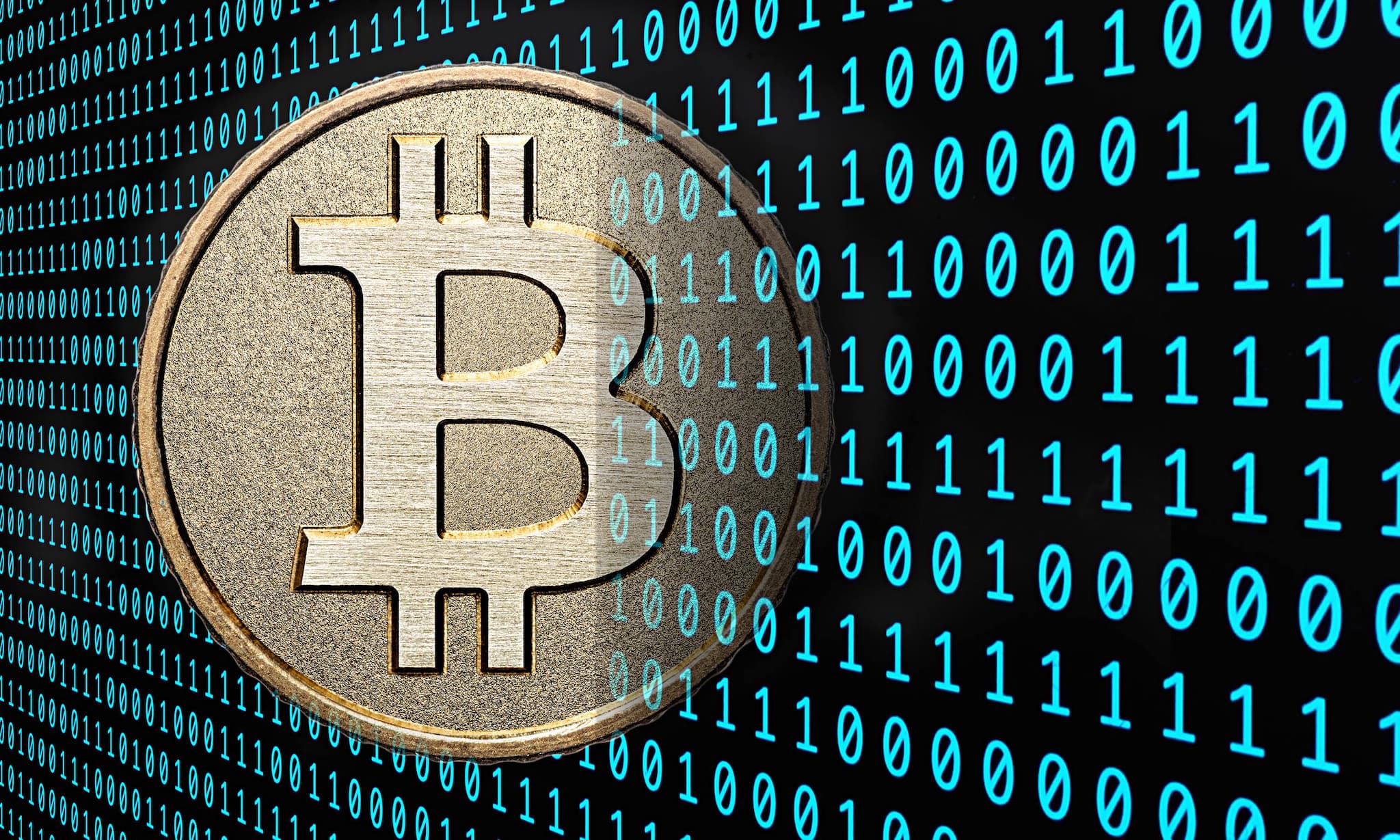 Andreas M. Antonopoulos is an information security expert, tech-entrepreneur, and the author of “Mastering Bitcoin.” He is a host on the "Let's Talk Bitcoin" podcast and a teaching fellow for the Masters in Science Digital Currencies at the University of Nicosia.

DA: Andreas, you’re a particularly strong advocate of bitcoin, but also critical of institutions that might try and centralize control over digital currencies. Could you say a little about your background and your interest in cryptocurrencies?

I’ve been interested in cryptocurrencies since the early 1990s. In many ways, my interest stems from my experiences growing up in Greece. I saw the way a currency crisis could wipe out the wealth of an entire generation, and it had a big impact on me.

But I would say that my current interest in cryptocurrencies was rekindled in 2012 when I re-discovered bitcoin and began to look into its capabilities in more depth. I am a strong believer in the promise of the Internet to help to re-organize society around global network-centric institutions as opposed to hierarchical structures of power.

I view money as simply the latest frontier for the Internet.

DA: For people who are not intimately familiar with either bitcoin or blockchain, could you briefly explain what these technologies consist of?

Using those fundamental features, bitcoin can securely record transactions that represent the movement of currency between owners, without any central authority or point of control. This creates a distributed currency and payment system that is simultaneously secure, open, and global.

DA: Cryptocurrencies seem to be enabling a kind of revolution in the management of money. What kinds of institutions do you think we need to support this shift? How might we design new money systems to ensure greater equity?

Institutions are the organizing model of industrialized societies. In my view, bitcoin represents the new reality of organization in an information society. The Internet has already given us a means to organize that is based on networks rather than institutions or hierarchies. Bitcoin extends that to money, creating a network-centric model of organization that does not depend on institutions.

Think of it as post-industrial and post-institutional money.

Equity is guaranteed by a neutral application of rules and by a decentralized validation network: all transactions are treated equally in bitcoin without censorship or control by any party. There is no central lever of power in bitcoin to co-opt or corrupt that can give advantage to anyone in particular. Instead, power is spread out across the network, making it very difficult to distort.

DA: There’s a growing interest in leveraging the blockchain for the next generation of banking. In fact, some of the largest banks in the world have already begun pooling resources to fund R3, a global financial services company that builds on blockchain technology. How do you see institutions like the big banks adapting to blockchain? What new challenges are posed by peer-to-peer transaction systems?

Banks are finally past the stage of denial and are now in the bargaining stage. They’re facing a highly disruptive technology and are not sure how to respond. They can’t buy, co-opt, de-claw, sue, or ban this technology and, consequently, are attempting to separate bitcoin from its characteristics of openness, decentralization, borderlessness, and permissionless access.

The banks want the efficiency of bitcoin without losing any of their control.

In reality, the bitcoin model can never be adopted into the existing banking structure (hence the bargaining). The solution of banks is to focus on the distributed database and try to ignore the things that make bitcoin disruptive. Just as the initial corporate response to the Internet was to create walled-gardens of curated content (i.e., Compuserve, MSN, intranets, etc.), the response of the large banks has been to try and remove the disruptive elements from bitcoin by creating a milder, tamer version.

However, the really interesting and transformative properties of bitcoin come from the eradication of borders and the elimination of centralization.

What makes bitcoin free, open, and borderless is the decentralized Proof-of-Work consensus algorithm. It is this algorithm and its’ anonymity that makes it unpalatable to banks. In other words, what the large banks call a “blockchain” is really an Intranet of Money. Where as bitcoin and its open blockchain is the Internet of Money.

As with the many industries disintermediated by the Internet, banks will survive. But they will be fundamentally changed and their power and profitability will be significantly reduced. They can’t adapt and they can’t stop this disruption.

DA: Some have referred to blockchain as accounting 2.0 because it will very likely upend the current accounting system while also reducing costs to near zero. Others are advocating using blockchain for health records, marriage licenses, legal agreements, contracts, lawsuits, and even voting. Do you foresee blockchain technology eventually making all transactions free and pseudonymous?

Bitcoin operates as a networked platform for trust. It (and other open decentralized blockchains) can be used to express many different applications where ownership, trust, and permanent/ immutable recording is important. Currency is just the first app on this platform.

DA: There’s renewed interest in redesigning how our society manages money (e.g., introducing basic income). What is your view of the long-term relationship between technology and a postindustrial society? How would you advise people to manage the new risks and new opportunities emerging with disruptive innovation?

The essence of disruptive innovation is that it can’t be “managed.” It won’t be predictable, and it won’t be smooth. It challenges fundamental assumptions and institutions with centuries of history. Yet, the technology has been invented and cannot be uninvented. Those who adapt to change and are able to absorb high rates of innovation will be successful in navigating this new reality.

Since the 1970’s money has become more and more digital. For many governments, this holds the promise of enabling greater levels of control and surveillance over the financial activities of the entire world; however, that dream ended with the introduction of bitcoin, as it offers an escape hatch from the surveilled and controlled straight-jacket of modern banking. Bitcoin thus becomes a litmus test.

Daniel Araya is a researcher and advisor to government with a special interest in education, technological innovation and public policy. His newest books include: Augmented Intelligence (2016), Smart Cities as Democratic Ecologies (2015), and Rethinking US Education Policy (2014). He has a doctorate from the University of Illinois at Urbana-Champaign and is an alumnus of Singularity University’s graduate program in Silicon Valley. He can be found here:www.danielaraya.com and here: @danielarayaXY.

Read This Next
Dubious Donations
Politicians Refuse to Say Whether They'll Give Back Donations From Sam Bankman-Fried
Regulating Crypto
Hillary Clinton Calls Out Crypto Exchanges for Letting Russia Bypass Sanctions
Bye Bye Baby
Lawyer for Crypto Laundering Rapper Says She Won't Flee Because of Her Frozen Embryos
Bitcoin & Clyde
Feds Arrest Crypto CEO for Bitcoin Laundering, But Her Real Crime Was Against Rap Music
HODL Problems
An Entire Country Switched to Bitcoin and Now Its Economy Is Floundering
More on Future Society
I Silence Thee
Jan 28 on futurism
Leaked Messages Seem to Show Elon Musk Using Twitter to Punish His Enemies
Gas Giant
Jan 27 on the byte
Journalist Eats Lab-Grown Chicken, Gets "Weirdly Gassy"
Musk Rats
Jan 26 on the byte
Twitter Is Quietly Re-Suspending the Lunatics Elon Musk Let Back On
READ MORE STORIES ABOUT / Future Society
Keep up.
Subscribe to our daily newsletter to keep in touch with the subjects shaping our future.
+Social+Newsletter
TopicsAbout UsContact Us
Copyright ©, Camden Media Inc All Rights Reserved. See our User Agreement, Privacy Policy and Data Use Policy. The material on this site may not be reproduced, distributed, transmitted, cached or otherwise used, except with prior written permission of Futurism. Articles may contain affiliate links which enable us to share in the revenue of any purchases made.
Fonts by Typekit and Monotype.