Plants Do Something Weird When They Grow Near Human Corpses, Scientists Say

"This led us to look into plants as indicators of human decomposition." 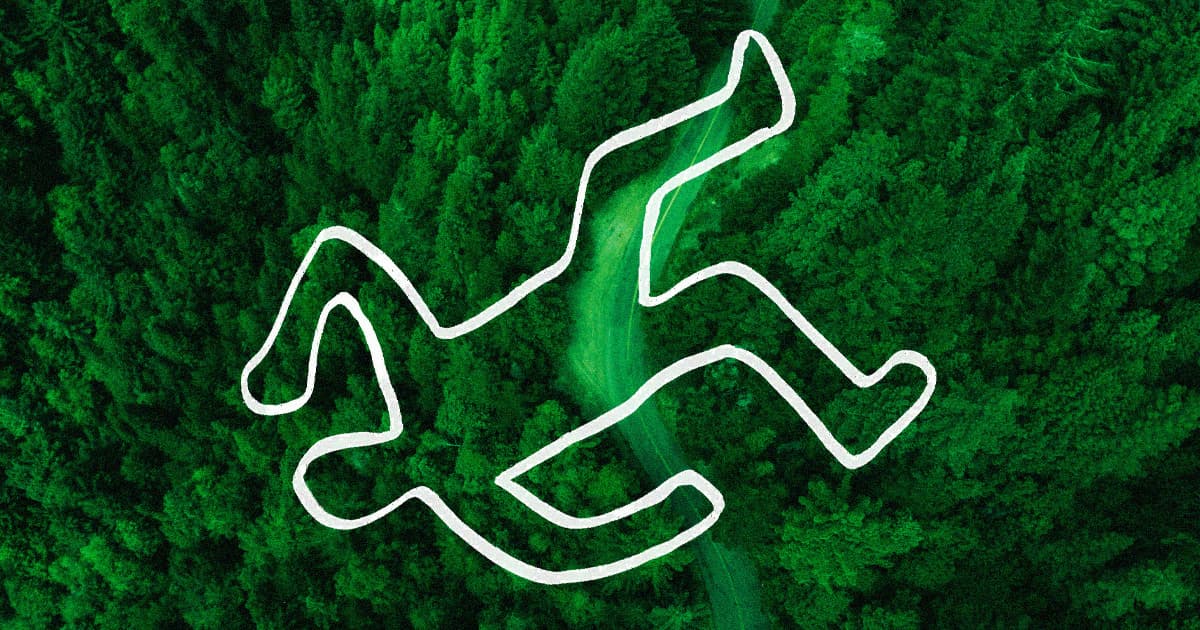 How do you find human remains in a massive natural ecosystem like the Amazon rainforest? According to a new paper published in the journal Trends in Plant Science, tree and shrub canopies could guide search and rescue teams to find human remains, as CNN reports.

As they decompose, human remains create "cadaver decomposition islands," the researchers write, altering the surrounding soil, roots and leaves. These changes could even be "detected remotely."

"In smaller, open landscapes foot patrols could be effective to find someone missing, but in more forested or treacherous parts of the world like the Amazon, that's not going to be possible at all," explained senior author Neal Stewart Junior, a professor of plant sciences at the University of Tennessee, in a statement. "This led us to look into plants as indicators of human decomposition, which could lead to faster, and possibly safer body recovery."

The researchers are planning to test their new cadaver discovering technique at the University of Tennessee's "body farm," more formally known as the Anthropology Research Facility, where they will assess changes in these cadaver decomposition islands including minute changes in the coloration and fluorescent signatures of individual leaves.

"The most obvious result of the islands would be a large release of nitrogen into the soil, especially in the summertime when decomposition is happening so fast," Stewart said. "Depending on how quickly the plants respond to the influx of nitrogen, it may cause changes in leaf color and reflectance."

There's one key problem: humans aren't the only mammals dying in the woods. That means the team will have to find a human specific way to spot these metabolic processes that differ, say, from a dead deer.

"One thought is if we had a specific person who went missing who was, let's say, a heavy smoker, they could have a chemical profile that could trigger some sort of unique plant response making them easier to locate," Stewart suggested. "Though at this stage this idea is still farfetched."

Stewart and his team are hoping their research could make recovering human bodies — and possibly nearby survivors — in large forested ideas far more efficient.

"When you start to think about deploying drones to look for specific emissions, now we can think of the signals more like a check engine light," he explained. "If we can quickly fly where someone may have gone missing and collect data over tens or even hundreds of square kilometers, then we'd know the best spots to send in a search team."

More on forensics: Horrifying Study: Corpses Thrash Around For a Year After Death