"Mars is not actually coated with caramel or filled with chocolate cream." 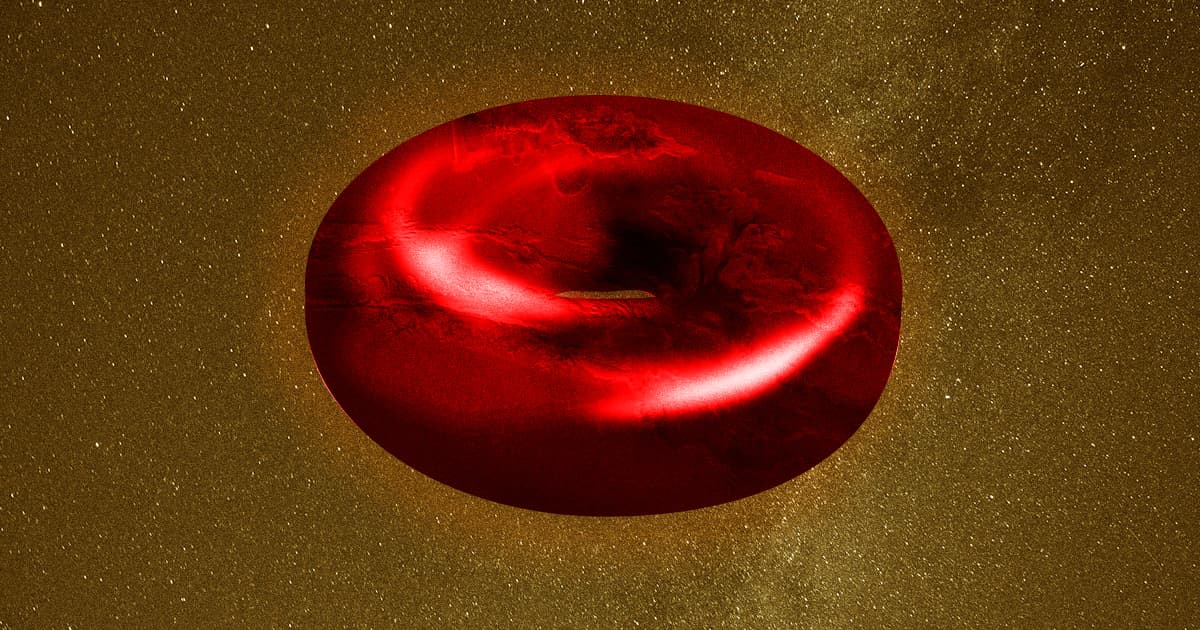 As NASA prepared to land its first rover in nine years on the surface of Mars this week, famed donut chain Krispy Kreme stole the headlines with its own contribution to the scientific discourse: a Mars-themed donut, dipped in caramel and filled with chocolate cream.

Ever skeptical, Futurism reached out to a variety of planetary scientists to ask whether the donut looks like an accurate model of the Red Planet. The consensus was that the planetary pastry might fall a bit short in the fidelity department — but that regardless, scientists are psyched that it's drawing attention to space research.

"Well, it's a little bit smaller than Mars is in reality," Bruce Jakosky, a Mars researcher at the University of Colorado at Boulder and NASA, told Futurism. "And, of course, Mars is not actually coated with caramel or filled with chocolate cream. I take this as an abstract representation of Mars, and accept their view of what each component is intended to represent. My biggest disappointment with this is that the nearest Krispy Kreme outlet to me is too far away to get to on Thursday, given the other activities that are taking place."

Jakosky was not alone in expressing enthusiasm for the fried morsel.

"I love the idea of the Krispy Kreme donut," said Ali Bramson, a Mars researcher at Purdue University, appending three exclamation points for emphasis. "I am all for anything that helps connect what we do as planetary scientists and at NASA to the broader public. NASA's successes are everyone's successes."

Several scientists delved into the mechanics of donut decoration, speculating that a more accurate Mars donut — one that depicted the planet's large volcanoes with sprinkles or crushed cookies, for instance — would have been impractical to produce at scale.

"I think readers should be challenged to describe how they would construct their own Krispy Kreme Mars donut out of available donut materials," said Bethany Ehlmann, a researcher at Caltech who studies the history of environmental change on the Red Planet, who concurred with Jakosky's and Bramson's enthusiasm for the snack. "Their promo is certainly working in getting people to talk about Mars and Krispy Kreme!"

Like Ehlmann, Bramson also pondered the logistics of creating a specialty donut in the first place, and opined that Krispy Kreme's efforts fell within the bounds of artistic license.

"I imagine mass producing a donut for such a unique event meant they wanted to keep the design somewhat simple, and I don't see the need to make the donut much more complicated," she told us. "The donut looks like what we can see with our eyes looking up at the night sky — a slightly blurry red dot. Or, perhaps Mars when it's in the middle of one of its global dust storms."

"In either case, I think the spirit of the donut is the important part, which they absolutely captured," she continued. "As cute as it would be to also have a glazed white polar cap or some sprinkle volcanoes or craters, it would be really easy to go down a rabbit hole insisting on more and more 'accuracy' and all of a sudden your donut has an iron core."

More on Mars: How to Watch NASA's Perseverance Rover Land on Mars

Read This Next
Shoo
Scientists Warn Giant Asteroid Is Actually Swarm, Nearly Impossible to Destroy
A Sip of Opal
NASA Discovers Precious Gemstones on Mars
Moon Wrestling
The Head of NASA Is Scared Chinese Astronauts Will Seize Portions of the Moon
Shot Well
Head of NASA Relieved to Hear Elon Musk Isn't REALLY Running SpaceX
Little Boxes
One Silly Little Detail Is Reportedly Delaying Artemis II by Years
More on Off World
Gl1tc4
2:44 PM on the byte
NASA Says Another James Webb Instrument Has Suffered a Glitch
comet Spotting
2:06 PM on the byte
Behold! Dazzling Green Comet Approaches
Drama Bomb
Wednesday on the byte
European Space Agency Halts Plans to Send Astronauts to Chinese Space Station
READ MORE STORIES ABOUT / Off World
Keep up.
Subscribe to our daily newsletter to keep in touch with the subjects shaping our future.
+Social+Newsletter
TopicsAbout UsContact Us
Copyright ©, Camden Media Inc All Rights Reserved. See our User Agreement, Privacy Policy and Data Use Policy. The material on this site may not be reproduced, distributed, transmitted, cached or otherwise used, except with prior written permission of Futurism. Articles may contain affiliate links which enable us to share in the revenue of any purchases made.
Fonts by Typekit and Monotype.