Picture Frame Seems to Slow Down Time with Sensory Illusions

Its a beautiful combination of art and science. 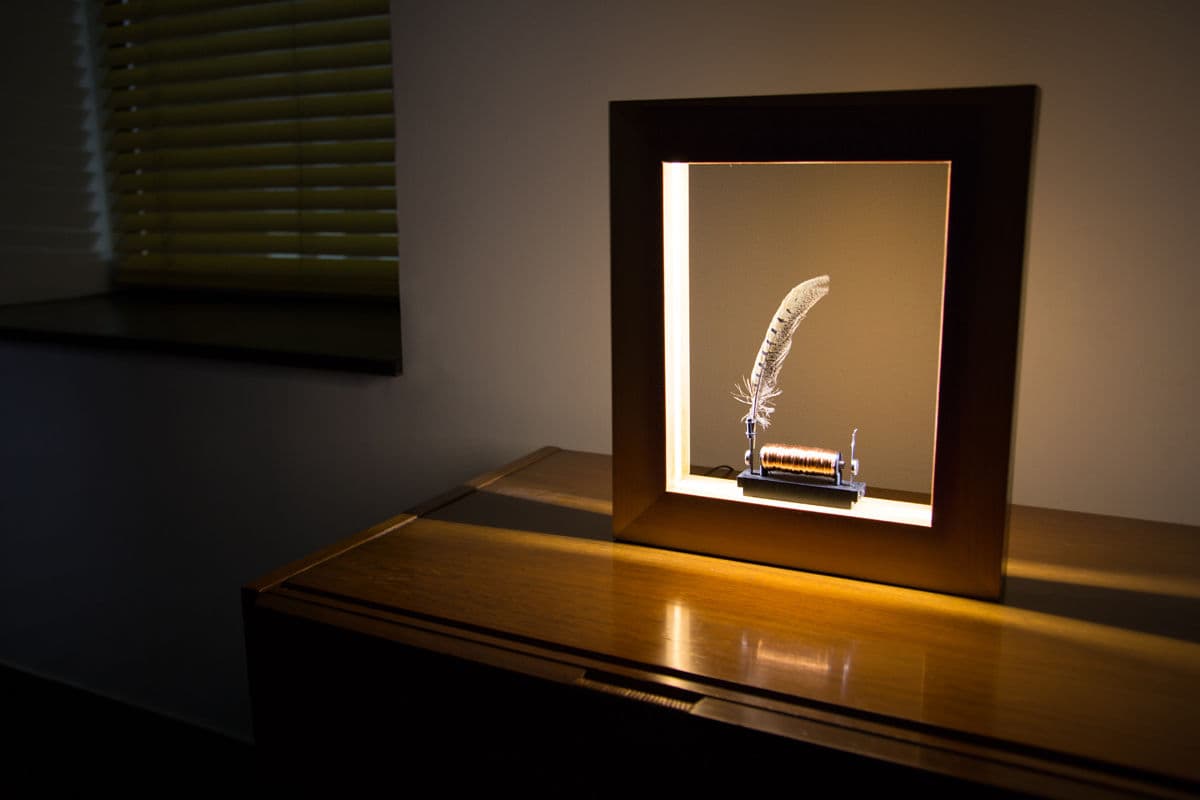 To speed or slow down time is an ability many people may dream of having. One Kickstarter campaign is providing the illusion of time slowing inside a picture frame called “Slow Dance.”

The frame is open so lightweight objects can be placed inside. The objects then seem to move slowly back and forth, creating a flowing movement comparable to that of a jellyfish.

The illusion is created by strobe lights blinking at 80 times per second, too fast for the human eye to recognize, which are synced with high-speed vibrations applied to the object.

Creator of Slow Dance, Jeff Lieberman, is famous for hosting a television show which appeared on the Discovery Channel called Time Warp. The show used high-speed cameras to capture experiments or other visually appealing events which they then slowed down to show detail invisible in real time.

The Slow Dance appears to have the same effect without the aid of cameras.

It is a simple way that technology is allowing us to see our world as never before.

Read This Next
From Our Partners
Save Your Fingers When You Need a Light With This Inverted Lighter
Futurism
This New Toy Will Teach Your Kids Programming
More on Sci-Fi Visions
What is Happening
Wednesday on the byte
Elon Musk Sets His Twitter Account to Private
From the Dept. of...
Monday on futurism
The Best Humidifiers of 2023
Human v. Giraffe
Jan 24 on the byte
Chaotic Italian Fashion Line Baffles Facial Recognition Software
READ MORE STORIES ABOUT / Sci-Fi Visions
Keep up.
Subscribe to our daily newsletter to keep in touch with the subjects shaping our future.
+Social+Newsletter
TopicsAbout UsContact Us
Copyright ©, Camden Media Inc All Rights Reserved. See our User Agreement, Privacy Policy and Data Use Policy. The material on this site may not be reproduced, distributed, transmitted, cached or otherwise used, except with prior written permission of Futurism. Articles may contain affiliate links which enable us to share in the revenue of any purchases made.
Fonts by Typekit and Monotype.