This New Toy Will Teach Your Kids Programming 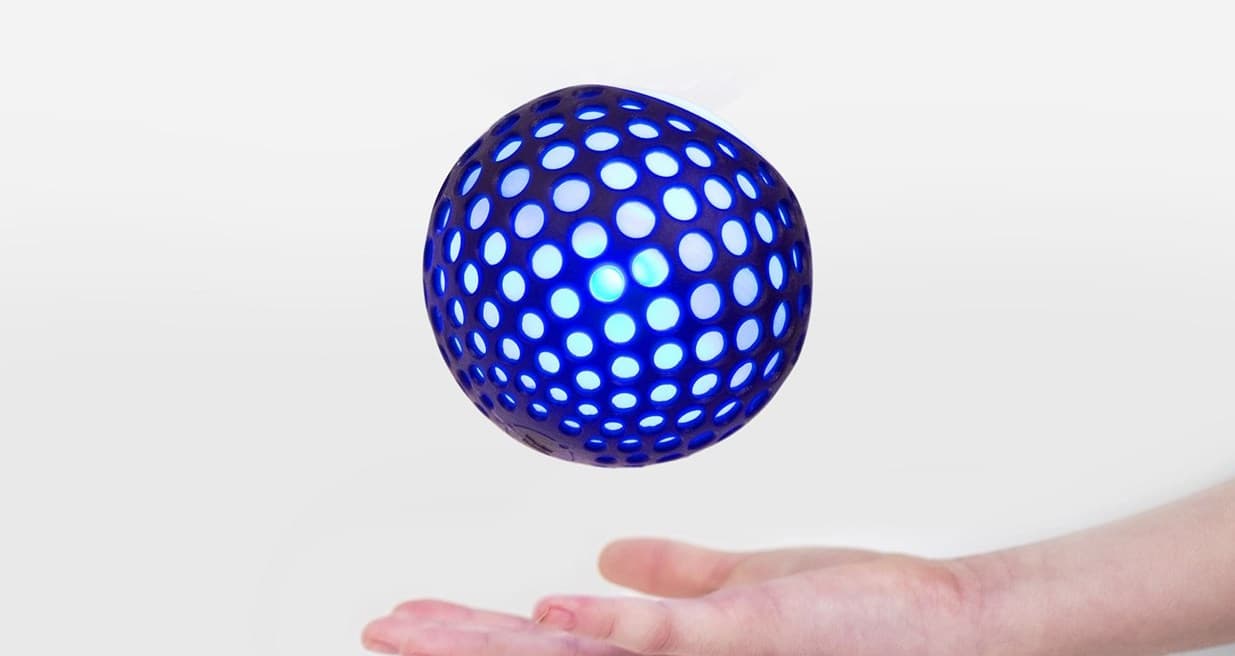 In today’s computer age, programming is slowly transitioning from a specialist skill to a general skill applicable in some way to the majority of professions. And when it comes to learning, it may never be too early to start. That's why this team has developed the Hackaball, which appears like a typical toy ball but is actually an incredibly valuable learning tool for children. The ball has a six-axis motion sensor and multi-color LED lights. Using that sensor, kids can program it to do various things, including changing color when you throw it or if the ball is off-balance . The idea behind the programmable toy is for kids to be able to create all sorts of games while simultaneously learning the basics of programming.

The Hackaball includes a rechargeable battery, onboard memory and built-in motion sensors that can detect when the ball is being dropped, bounced, kicked, and shaken. The device responds to such movement by changing the color of the nine LEDs, playing sounds through the built-in speaker, or creating a buzz with the help of a built-in vibration motor. Kids can control such behavior through an app on an iPhone or iPad.

The Hackaball also has a bouncy silicone shell that covers its internal hardware. There is also an additional silicon sleeve that gives it a decent amount of grip. Hackaball CEO Sebastian Potter says that sleeve is also meant to encourage kids to open up the device and play around with it.

Read This Next
From Our Partners
Master Javascript From Scratch With This Pre-Black Friday Sale
From Our Partners
Master Python & Git With This $29 Training Package
From Our Partners
Jumpstart Your Web Development Career With 25 Courses For Just $25
From Our Partners
Act Fast And Get These Top eLearning Bundles For $15 Each
From Our Partners
Master Java Programming With 88% Off This Expert Led Training Package
More on Sci-Fi Visions
From the Dept. of...
12:00 AM on futurism
The Best Humidifiers of 2023
Human v. Giraffe
Jan 24 on the byte
Chaotic Italian Fashion Line Baffles Facial Recognition Software
Step One
Jan 24 on the byte
World’s Third Richest Person Says He’s Developed "Addiction" to ChatGPT
READ MORE STORIES ABOUT / Sci-Fi Visions
Keep up.
Subscribe to our daily newsletter to keep in touch with the subjects shaping our future.
+Social+Newsletter
TopicsAbout UsContact Us
Copyright ©, Camden Media Inc All Rights Reserved. See our User Agreement, Privacy Policy and Data Use Policy. The material on this site may not be reproduced, distributed, transmitted, cached or otherwise used, except with prior written permission of Futurism. Articles may contain affiliate links which enable us to share in the revenue of any purchases made.
Fonts by Typekit and Monotype.