Photos of Enceladus From the Cassini Probe 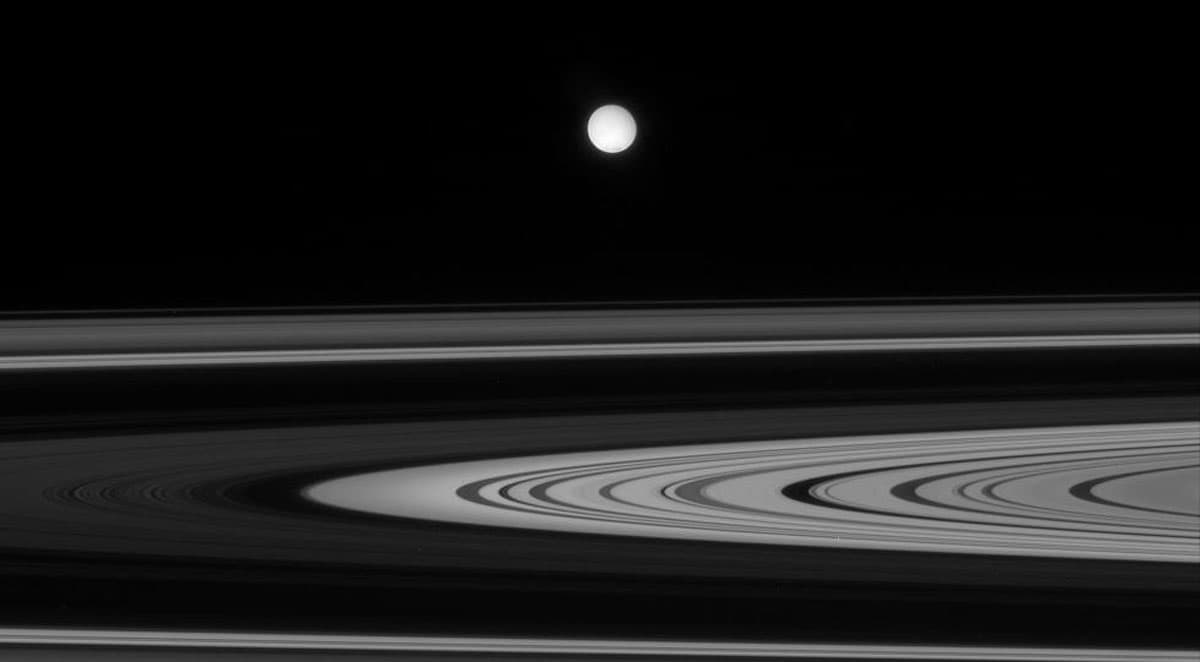 Last week, NASA’s Cassini probe executed a deep dive through Enceladus’s watery plume. Enceladus is an icy moon that orbits Saturn and exhibits remarkable geologic activity that include a towering plume of ice, water vapor and organic molecules. This allowed the spacecraft to come within 49 kilometers of the moon’s surface. The probe spent only tenths of a second through a geyser plume located near the moon’s south pole but was able to gather important data and insight about the ocean environment and habitability of Enceladus.

NASA has yet to release any findings from the data they gathered, but they have released photos from the mission. Cassini’s camera was able to capture images of Enceladus’ icy surface, finding that the moon constantly spews water from a subsurface ocean. Cassini’s mission ends in less than two years, and last week’s flyby was the last chance for the spacecraft to sample the plumes. It was Cassini’s 21st time approaching the icy moon and the deepest dive into its plumes, which were first discovered in 2005.