The Phenomenon Of The Dead Sea Salt 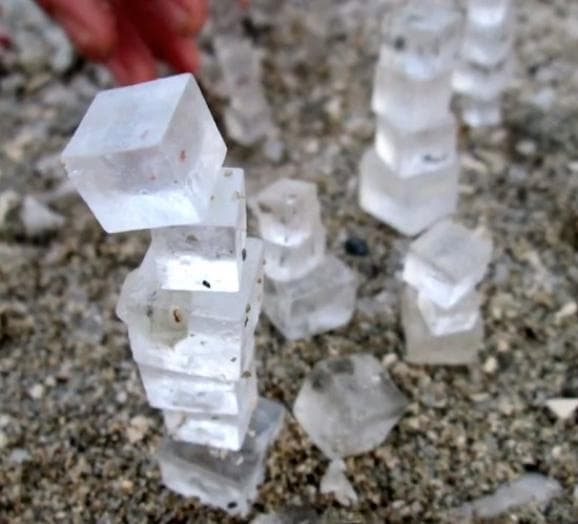 This amazing phenomenon is actually rather common. It's what you get when salt does not have any impurities. Salt crystals are always cube-shaped; however, impurities can cause crystals to grow into jagged chunks. The below video comes from the Dead Sea, where perfectly cubical blocks of salt can be found. Sadly, some scientists say that the Dead Sea will be a puddle by the end of 2055...which would be rather unfortunate.

More specifically, Crystal-solids with flat sides like salt, sugar and magnesium sulfate (or Epsom salt) are symmetrical in shape because their molecules are arranged in a repeating pattern of positive and negative ions; the bonds between these electrons and protons are formed from electrostatic forces.

The Dead Sea is 423 meters (1,387 feet) below sea level, which is Earth's lowest elevation on land. The Dead Sea is 306 meters (1,004 feet) deep, which also makes it the deepest hypersaline lake in the world. With 34.2% salinity (in 2011), it is also one of the world's saltiest bodies of water. It is some 9 times as salty as the ocean. This salinity makes for a harsh environment. Therefore, it very difficult for life to flourish, hence its name.