Review: OXO’s Kitchen Scale Is So Good, I Pack It When I Travel

A weigh-serious tool for home cooks. 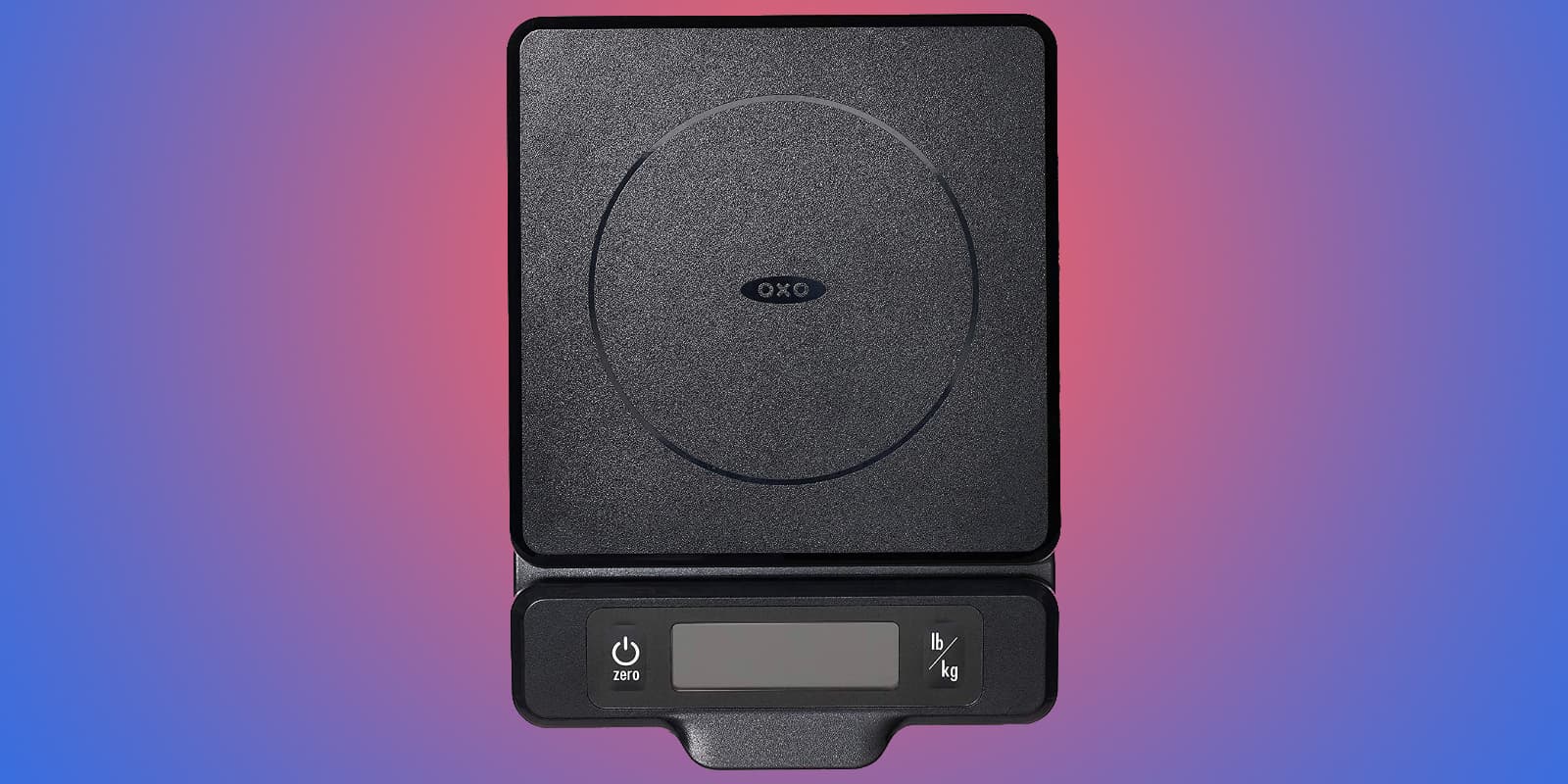 Any TSA agent who has checked my bag for the past few years has found laptop chargers, gummy bears, earbuds, a softcover book, and the OXO Good Grips 5-Lb. Food Scale with Pull-Out Display. Yes, if I’m traveling to a friend or family member’s home for an extended period of time, and expect I’ll be baking, I bring my own kitchen scale.

If you look at any baking recipe, you’ll inevitably find two sets of ingredient measurements. One set gives an approximate measurement using cups, teaspoons, and tablespoons, while the other lists the ingredient amounts by weight. Good baking is all about making sure the ratios between ingredients is perfect — a heavy-handed cup of flour, or a loose cup of brown sugar can be the difference between delicious and inedible. Spending money on a kitchen scale may seem silly when you already have a set of measuring cups, but you’ll save money in the long run since you’ll never have to throw food away due to a recipe gone wrong.

There’s a huge marketplace for kitchen scales, but OXO’s kitchen scale checks all the boxes necessary for amateur and professional chefs alike. It can measure ingredients in grams, ounces, and pounds, and you can switch between these units by pressing a button on the right-side of the scale. A big, clear screen displays the units, and updates in real time so you don’t accidentally add too much of an ingredient.

The scale also has a “zero” button, which you can use to reset its measurements between ingredients. Using this feature allows you to bake without having to remember how many grams of flour you had in your bowl before you added your sugar. Both of the buttons on the OXO Good Grips 5-Lb. Food Scale are raised, so they’re easy to find, and make a satisfying click when pushed. That sounds like an insignificant feature, but it means there’s no ambiguity about whether a button was pressed.

One of the biggest complaints I’ve had with food scales is that their screen is impossible to read if you’re measuring ingredients in a big bowl. OXO solved this problem by making this food scale’s screen detachable. You can easily pop the display off, so it’s in clear view as you’re adding ingredients, then pop it back on when you’re done. The screen attaches to the scale magnetically, and clicks back into place automatically. OXO also addressed issues I’ve had with food scale portability, as its food scale runs on a pair of AA batteries.

The only way to test a food scale is to rely on it during a series of bakes, so I did. I used the food scale to make bread dough, pizza dough, a variety cookies, brownies, pancake and waffle mix, an assortment of cake mixes, fruit tarts, pastry dough, galettes, and crumb cakes. Each recipe turned out great — with the only exceptions being human error, not an issue with the scale. The proof, in this case, was literally in the pudding. If the kitchen scale’s measurement was off, delicate recipes like bread dough would have immediately been screwed up beyond repair.

A kitchen scale is generally thought of as a baker’s tool, but there are plenty of savory applications for it, too. I used this tool to make sure all of the burgers I cooked were the same weight, so they would cook at the exact same time. Ditto for dishes like pulled pork, which call for a specific amount of meat to ensure the results are juicy and tender.

If you’ve been getting serious about baking and cooking, and have been dissatisfied with the results of your recipes, OXO’s 5-Lb. Food Scale with Pull-Out Display may very well be a key to your success. You’ll know that the amount of ingredients you’re using is perfect every time you make a recipe, which ensures you’ll get identical results every single time. A big part of successful cooking is having confidence, and using OXO’s 5-Lb. Food Scale with Pull-Out Display is an easy way to boost yours. Be careful though, you may end up taking it with you every time you take a trip.