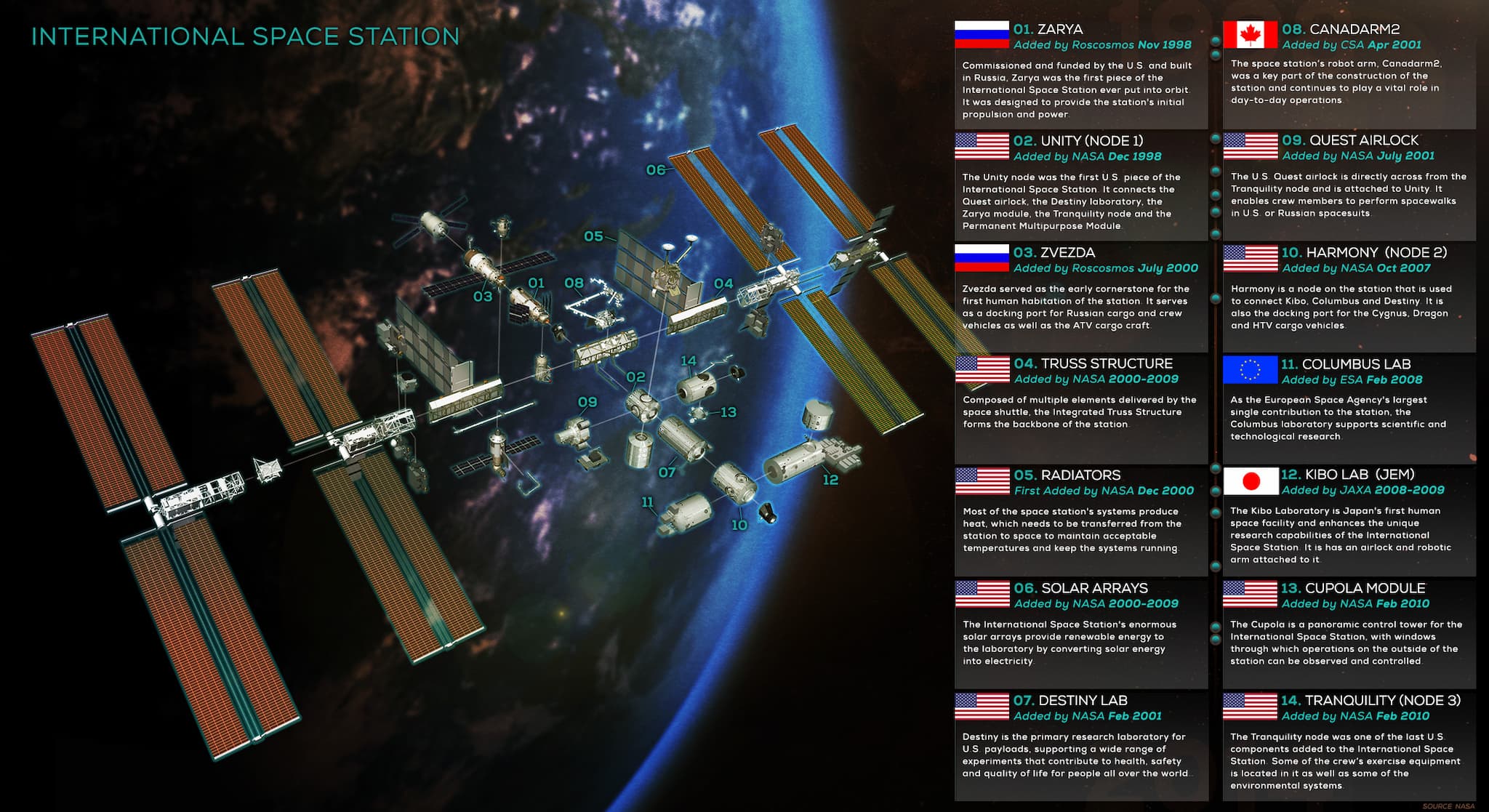 The international Space Station (ISS) is an incredible feat, not just technologically (and that aspect alone makes it a big deal), but because it shows what we can do when we put our differences — regardless of whether they are political, religious, racial or whatever else — aside and work together for the common good of mankind, and for the betterment of science.

The 100-billion-dollar space-station has been semi-operational for over 16 years now (the first crew arrived on October 31st of 2000), with its first component having been launched into orbit aboard on the 20th of November, 1998. Despite the fact that it was built by Russia, it was funded by the United States — as were many other modules, including 'Unity,' 'Destiny,' and 'Tranquility' — but more than a dozen different countries have contributed to the initial costs and the ongoing-maintenance (In addition to Russia's numerous modules, the ESA is responsible for 'Columbus, and Kibō, the largest of them all, belongs to Japan).

Of course, even in space, about 260 miles (420 kilometres) above Earth's surface, international politics do come into play; We saw this first-hand back in 2014, when tensions between Russia and the US escalated to the point that NASA formally severed ties with the Russian Federal Space Agency. Perhaps, this wasn't the smartest move, since after NASA decommissioned the last of its fleet of space shuttles in 2011, astronauts were forced to piggyback into orbit on Russian spacecrafts.

In response to other sanctions related to Russia's controversial intervention in the Ukrainian conflict, Dmitry Rogozin — Deputy Prime Minister of Russia — sarcastical tweeted "after analysing the sanctions against our space industry, I suggest the US delivers its astronauts to the ISS with a trampoline."

Needless to say, this conflict has been difficult for both space agencies (to say the least), which begs the question: if worse ever comes to worst, and all of the countries involved in the Space Station Program refused to work together, who would technically have ownership of the ISS? The issue is rather complicated, but thankfully, we dotted every i and crossed every t before the first module even left Earth's surface.

The European Space Agency (ESA) answers the question thoroughly in this great article, but the video below is a good summarization of the basics: