No. The "Outer-Spacey Music" Heard By Apollo 10 Astronauts was Not Aliens 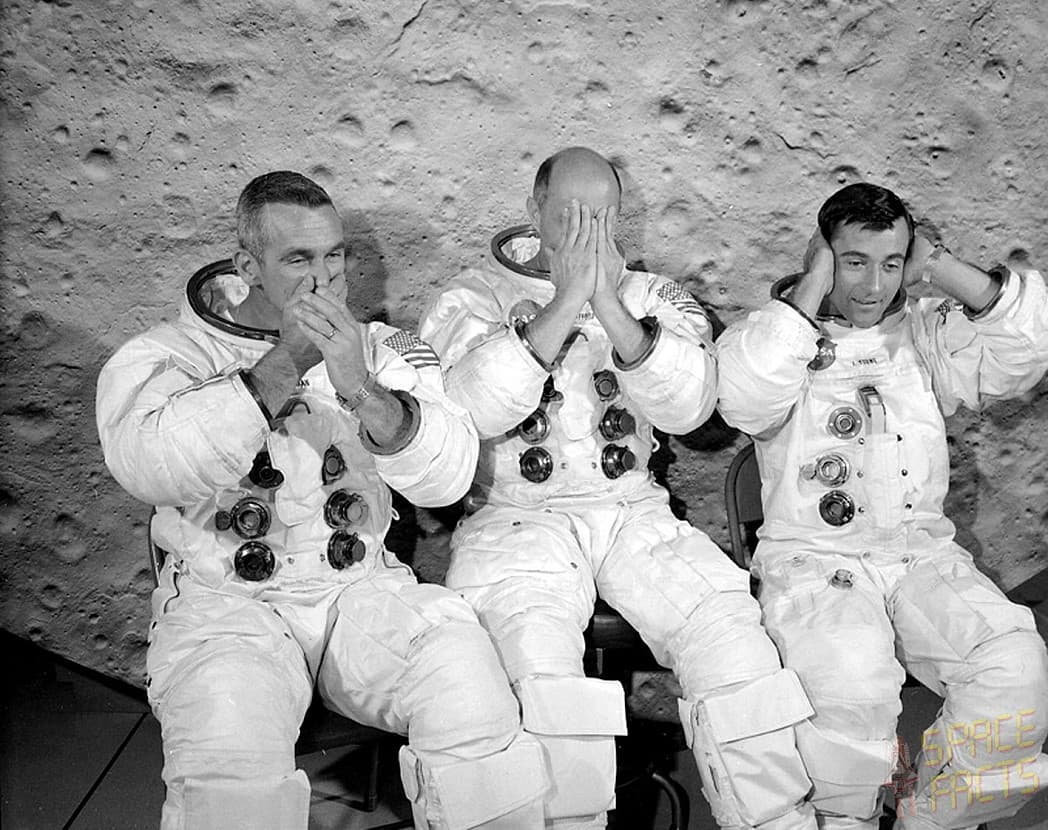 You may have heard some news sources this week reporting that the Apollo 10 astronauts heard eerie music coming from outer space when they orbited the moon in 1969.

A lot of people seem to be reacting this way:

It is true that the Apollo 10 astronauts heard strange whistling sounds that, at the time, they described as "outer-space-type music." However, there's actually a simple non-alien-related explanation.

Later, the two men ask Tom Stafford (who is in the lunar module with Cernan) if he hears it, too. They agree that it's "really weird," and Young says, "We're going to have to find out about that. Nobody will believe us."

Breaking Down the Music

Apollo 10, launched in May of 1969, paved the way for Apollo 11, launched in July of that same year, to put two humans on the lunar surface. The Apollo 10 astronauts flew to the moon in a command module, and two of the crew members also took a ride in the lunar module, dropping down to less than ten miles above the moon's surface.

The whistling sound, it turned out, was nothing more than interference between the VHF radios on the two different vehicles.

Apollo 11 astronaut Michael Collins wrote in his book, "Carrying the Fire," that NASA technicians warned him about the whistling. "Had I not been warned about it, it would have scared the hell out of me," wrote Collins' in his 1974 book (yes, the public has literally had access to the information for decades).

Also, it seems that the astronauts were pretty clear that they were more puzzled by the noise, at the time, than unsettled, and NASA didn't consider the event a secret. They put the transcripts from the mission online 2008. NASA also put the audio files online in 2012, according to the NASA History Office.

"There Was Something There"

If the truth about the event (i.e. the radio interference) has been public knowledge for so long, then why is everyone jumping to alien conclusions? An upcoming episode of a Science Channel show called "NASA's Unexplained Files" seems to be to blame (Note: Apply term "science" here very loosely).

According to Space.com, the trailer for the episode has the tone of a found-footage horror movie. The documentary takes some liberties, including putting particular emphasis on the fact that the whistling occurred while the astronauts were on "the far side of the moon," where they lost radio and visual contact with mission control for about an hour (as expected).

That rational, of course, is highly questionable and doesn't get clarified or justified. Sound just always means aliens? Oh. Okay.

In any case, this lack of firm resolution in the show has the potential to leave viewers questioning NASA's word...and without good reason. Ultimately, the narrator states, "To date, the origin of the noises mentioned in the Apollo 10 recordings remains a mystery." Aside from what Worden says though, the documentary offers no evidence to support that claim.