Futurism
1. 20. 17 by The Conversation
/Future Society

Obama Has Left Behind A Lasting Legacy In Science, Tech and Innovation

As we usher in a new administration, we take a look at the state of science under Obama. 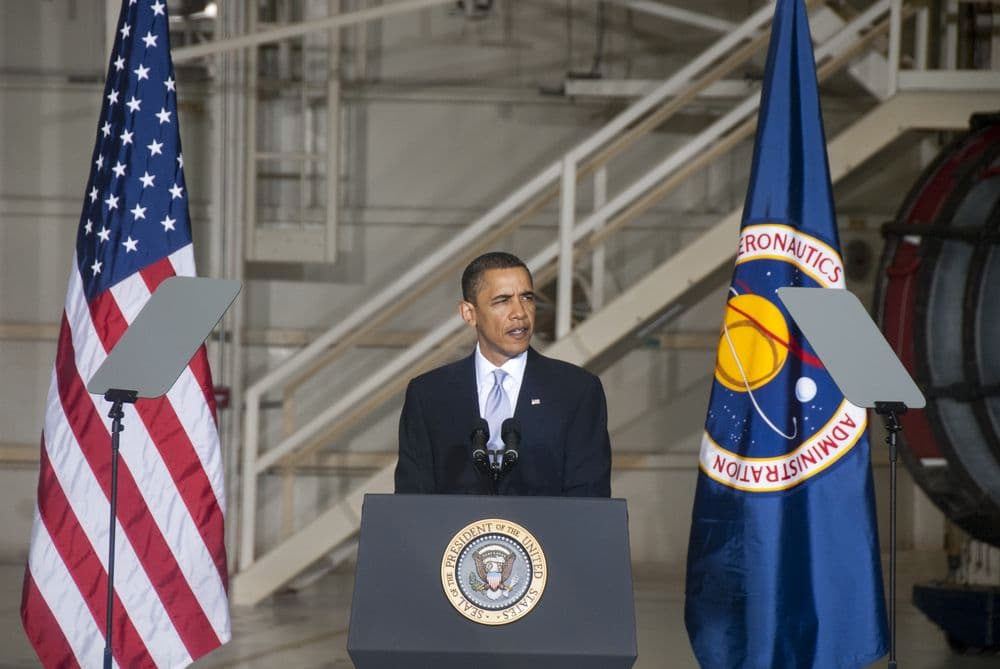 As the old aphorism says, it’s difficult to make predictions, especially about the future. Assessing the legacy of Barack Obama will be easier in a few decades when we can see the long-term consequences of his presidential decisions and initiatives.

An immediate analysis of his science and technology policies, however, reveals significant accomplishments in the promotion of science and technology, education, space exploitation, clean energy, climate change and the environment. While major endeavors like the Precision Medicine Initiative and Paris climate agreement received the headlines, they were part of a larger, mostly successful goal to “restore science to its rightful place and wield technology’s wonders” in forming and implementing government policy.

The administration’s shortcomings around science – some of which reflected Republican political pressures – included limited funding overall and travel restrictions for government workers, both of which reduced the effectiveness of positive science and tech policies.

In office Obama was fundamentally an optimist about the potential of science and technology to improve society and safely expand the economy. His most significant (and low profile) near-term initiatives elevated and institutionalized the foundations of scientific research – exploration, data-based experimentation and policy, openness, transparency, and access to information – into routine government activities. These steps should accelerate the commercialization and diffusion of research.

Many changes were small but improved the efficiency of programs. For example, modifications made based on the outcomes of behavioral science experiments increased military employees’ participation in the Thrift Saving Plan while cutting program costs.

One visible sign of the importance the Obama administration placed on making sure research results made it out of labs and into practice was the expansion of the phrase “science and technology” (S&T) to “science, technology and innovation” (ST&I) by president Obama. The creation of the new positions of federal Chief Technology Officer, Chief Information Security Officer, and Chief Data Officer was another indication of this integration.

Environmentally, Obama focused on slowing global warming by reducing greenhouse gas emissions, promoting renewable energy and increasing the efficiency of energy use domestically and internationally. The incoming Trump administration with its climate deniers may try to reverse many of Obama’s policies, but the last eight years have significantly reshaped the structure of energy production and consumption worldwide. In 2015, new electricity capacity from renewables exceeded new capacity from fossil fuels for the first time.

In space, the Obama administration strongly promoted commercialization, directing NASA to pay private firms to launch supplies and, in 2018, astronauts to the International Space Station. This should reduce the high cost of reaching earth orbit and thus the exploration and exploitation of space.

While attracting fewer headlines, initiatives on space weather and the asteroids and comets that might strike our planet may end up preserving civilization. In 1859, an extremely powerful solar storm disrupted Earth’s magnetic field. A similar “Carrington event” today would destroy satellites and much of the world’s electric power transmission grid. Worst-case scenarios (always good for pushing people to act) predict tens of millions of people dying because of the loss of electric power for years. A large asteroid striking Earth could devastate a large area, kill millions, and spark a new ice age.

Guarding against these rare but inevitable natural events will not excite voters, but demonstrates preventive stewardship. These initiatives coordinated government efforts across multiple departments to predict a dangerous event, provide warning, and equip satellites and terrestrial infrastructure to minimize harm and maximize resiliency.

On the Other Hand, Restricted Travel

One major negative effect on science from the Obama administration was its crippling of federal employees attending conferences.

In 2010, the General Services Administration, which supports federal agencies, held a lavish conference in Las Vegas. Congressional Republicans and Democrats attacked this very visible misuse of taxpayer dollars. In response, the Obama administration overreacted by sharply restricting federal spending on conferences and creating an elaborate, expensive bureaucratic process for government employees to get permission to attend a conference, workshop or other professional meetings. Reflecting these restrictions, the number of defense scientists attending the Defense Security and Scanning conference of the International Society for Optics and Photonics dropped from 648 in 2012 to 206 in 2013, for example.

The sharply curtailed government presence frustrated scientific societies and researchers, both federal employees and those in academia and the private sector. Despite the increasing ease of electronic communications, professional meetings remain one of the most productive ways for people to learn, exchange and debate ideas.

By decreasing opportunities for researchers to meet in person, the Obama administration hurt the creativity and productivity of the entire ST&I community, not just federal workers. This was an entirely self-inflicted wound.

No Real Progress on Cybersecurity

Cybersecurity remains a weak area for the Obama administration. The White House released a policy review in 2009, voluntary guidelines for critical infrastructure in 2013 and its cybersecurity report last month.

But while Obama was in office, new cyber issues kept emerging. The theft of millions of records from the Office of Personnel Management by China, the manipulation of the presidential election by Russia, issues of privacy and surveillance, economic cyberespionage and the growing range of cybercrimes all illustrate the axiom, “Technology is neither good nor bad; nor is it neutral.”

In fairness, cybersecurity was a fairly low priority throughout the country. There were seemingly few consequences to firms that fail to maintain adequate defenses. The burden of identity theft, for example, falls on the individual. The revelations of American cyberspying by Edward Snowden and the deployment of the American-Israeli computer Stuxnet virus to destroy Iranian uranium centrifuges put the Obama administration on the defensive. Congressional and business skepticism, some partisan but mostly motivated by disagreement about what to do, resulted in little legislative action.

Perhaps the most important shortcoming of the Obama administration’s science and technology agenda was its inability to increase S&T funding.

Partly this reflects the demographic trend of an aging U.S. population focused more on its retirement and medical costs than investing in research and development for the future. As more people retire and live longer, entitlements – like Social Security and Medicare – increasingly crowd out the discretionary part of the federal budget.

Coupled with budget battles with Congressional Republicans, including a costly government shutdown in 2013 and sequestration, the result has been near-stagnant ST&I budgets. That’s in contrast to the long-term increases proposed by the president in 2009 to expand public and private spending on research and development from 2.8 to 3.0 percent of GDP.

Consequently, many opportunities went unfunded or underfunded. Success rates for grants from the National Institutes of Health, National Science Foundation and NASA all decreased. Indeed, President Obama in 2010 and again in 2016 called for sending astronauts to Mars but did not try to convince Congress to fund that undertaking, the latest of a series of presidents to do so.

Unsurprisingly, the Obama administration’s rhetoric outpaced its resources and restrictions. Nonetheless, the 44th president left a strong legacy of supporting ST&I not just for the goals of discovery and economic growth but to strengthen democracy and improve the processes of government.

If its campaign tweets, transition staff, and cabinet appointments are any indication, the incoming Trump administration will provide a very strong contrast. With top officials at odds with the data-based, open scientific approach on many issues, science, technology, and innovation may take a beating.