Now You Can Have Your Own Artificial Sun in Your Home

What if you could have a sunny sky wherever and whenever you wanted? 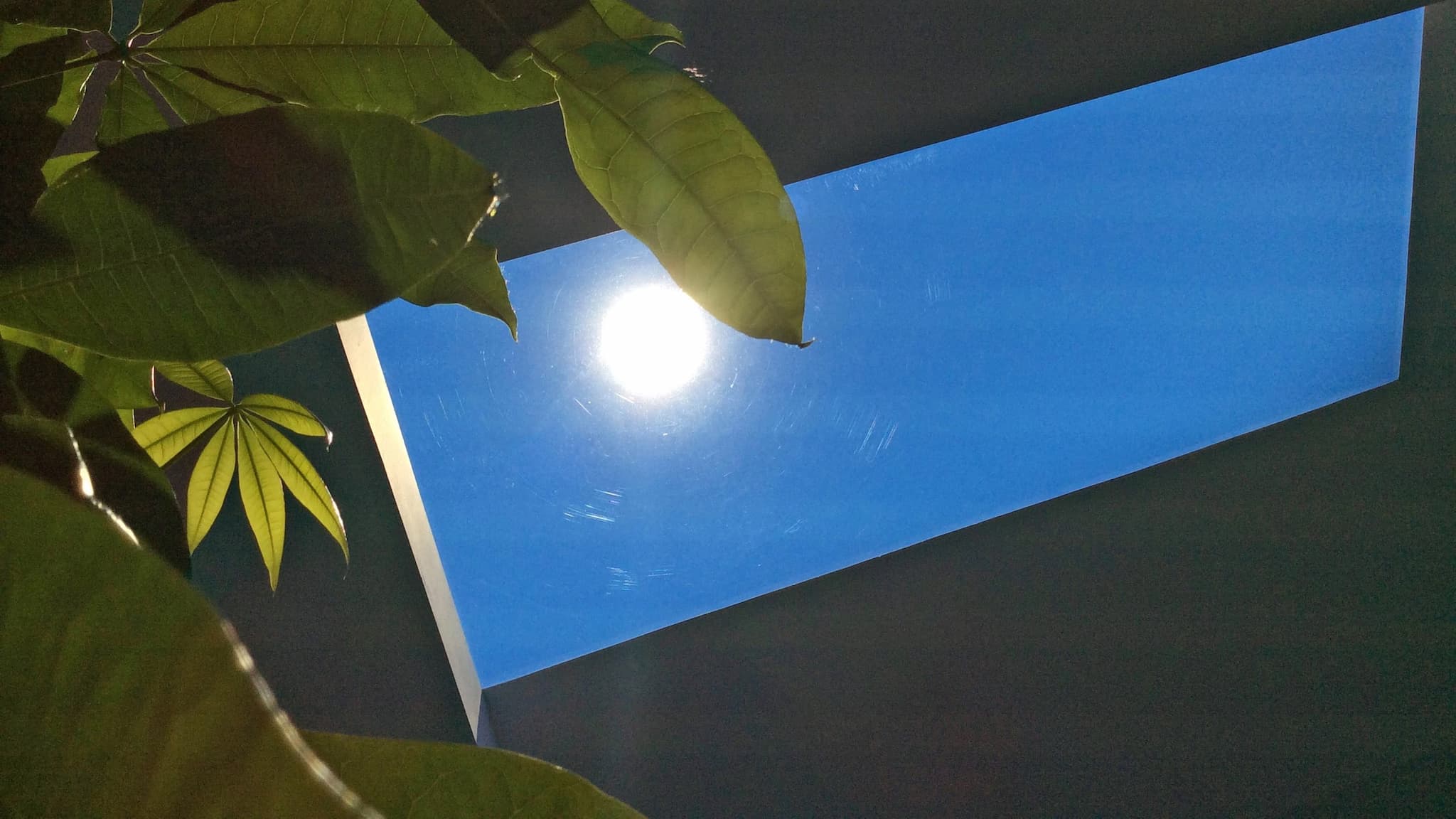 It's A Sunny Day

Gone are the days when the height of trying to impress someone meant promising them the moon and stars. With this new lighting technology, you can give them the Sun - an artificial sun, that is.

Led by physicist Paolo Di Trapani of the University of Insubria in Como, Italy, CoeLux is a product of more than a decade of research and development for a more natural type of artificial illumination.

Winner of the prestigious Light Source Innovation of the Year trophy at the Lux Awards 2014, CoeLux is “an optical system based on nanotechnology to artificially reproduce the natural light and visual appearance of the Sun and sky."

“CoeLux is not copying nature, but putting nature on a stage, like art does,” says Di Trapani. “It focuses attention on the most relevant feature of natural light—the dynamic interplay between the sky and sun light.”

To trick the brain into thinking that it's seeing sunlight, CoeLux uses a clear polymer layer with titanium dioxide nanoparticles, which scatters light in varying densities or a technique more commonly known as Rayleigh scattering.

“The effect is so convincing, it touches all those unconscious references the human eye makes to decide if light is artificial or real," says Kevin Andrews, founder and Managing Director of Ideaworks, where CoeLux is being demoed.

Where is an artificial sun needed?

Although initially developed to "provide natural and atmospheric sunlight at any time of the day or night and in closed areas such as malls and metro stations," CoeLux is further being developed as an alternative lighting solution for retail (shopping malls), medical (hospitals, recovery centers), wellness (spas), transport (airports, subways) and residential spaces.

Of course, an artificial sun doesn't come cheap. CoeLux is estimated to cost more than $60,000 for an out-of-the-box system and around an additional $8,000 to cover shipping and specialist installation.

Read This Next
Futurism
Scientists Find Way To Turn Electricity From Graphene To An Efficient Lighting Solution
Futurism
Researcher Create Lightweight "Super Metal" That May Revolutionize Our Space Industry
More on Robots & Machines
From the Dept. of...
12:00 AM on futurism
The Best Mini Fridges of 2023
Blow Up Doll
Monday on the byte
Ukraine Accuses Russia of Using Inflatable "Dummy Tanks," Which Deflated
From the Dept. of...
Monday on futurism
The Best UPS Battery Backups of 2023
READ MORE STORIES ABOUT / Robots & Machines
Keep up.
Subscribe to our daily newsletter to keep in touch with the subjects shaping our future.
+Social+Newsletter
TopicsAbout UsContact Us
Copyright ©, Camden Media Inc All Rights Reserved. See our User Agreement, Privacy Policy and Data Use Policy. The material on this site may not be reproduced, distributed, transmitted, cached or otherwise used, except with prior written permission of Futurism. Articles may contain affiliate links which enable us to share in the revenue of any purchases made.
Fonts by Typekit and Monotype.