Northrop Grumman's Jet of the Future 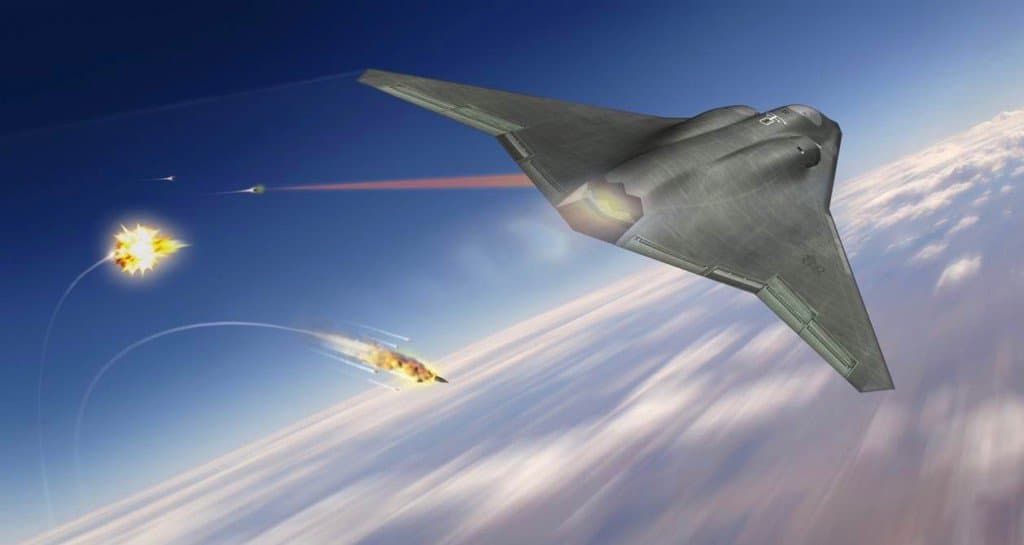 Chris Hernandez, Vice President for research technology and advance design, told Breaking Defense that the fighter will boast a rather long range and must “carry a lot of weapons.” And it seems that one of those weapons is going to be lasers.

In the initial images, you can see the fighter destroying incoming air-to-air missiles; however, this method of weaponization will likely be a bit of a problem—especially for a plane that is meant to be stealthy. Unfortunately, lasers create an exorbitant amount of heat every time they fire, so no matter how efficiently a plane is able to avoid radar, a glaring heat signature will make it detectable

To that end, the new weapon is still in the earliest stages of development, and one of the key factors in its design will be heat management. Northrop president of aerospace Tom Vice pointed out that lasers operate at 33 percent efficiency (granting that everything goes as planned), which means that the lasers will be dissipating a lot of heat.

Factoring in the aircraft’s power and thrust systems present a big heat challenge as well. Ultimately, this has to be managed at a system-by-system level in order to ensure that the design meets the low observable requirements.

The expected complexity makes the aircraft similar to advanced satellites, what with fighting off electromagnetic interference, high power requirements, and heat offload.

Northrop Grumman’s systems executives have yet to disclose the fighter’s speed, explaining that it is still awaiting clearer direction from the Pentagon, so more information will be forthcoming over the coming years; however, it will be years. The plane isn't set to be truly unveiled until 2030. or thereabouts.

So far, the company has two design teams working on the aircraft, which Hernandez describes as looking "a lot like a baby B-2.”