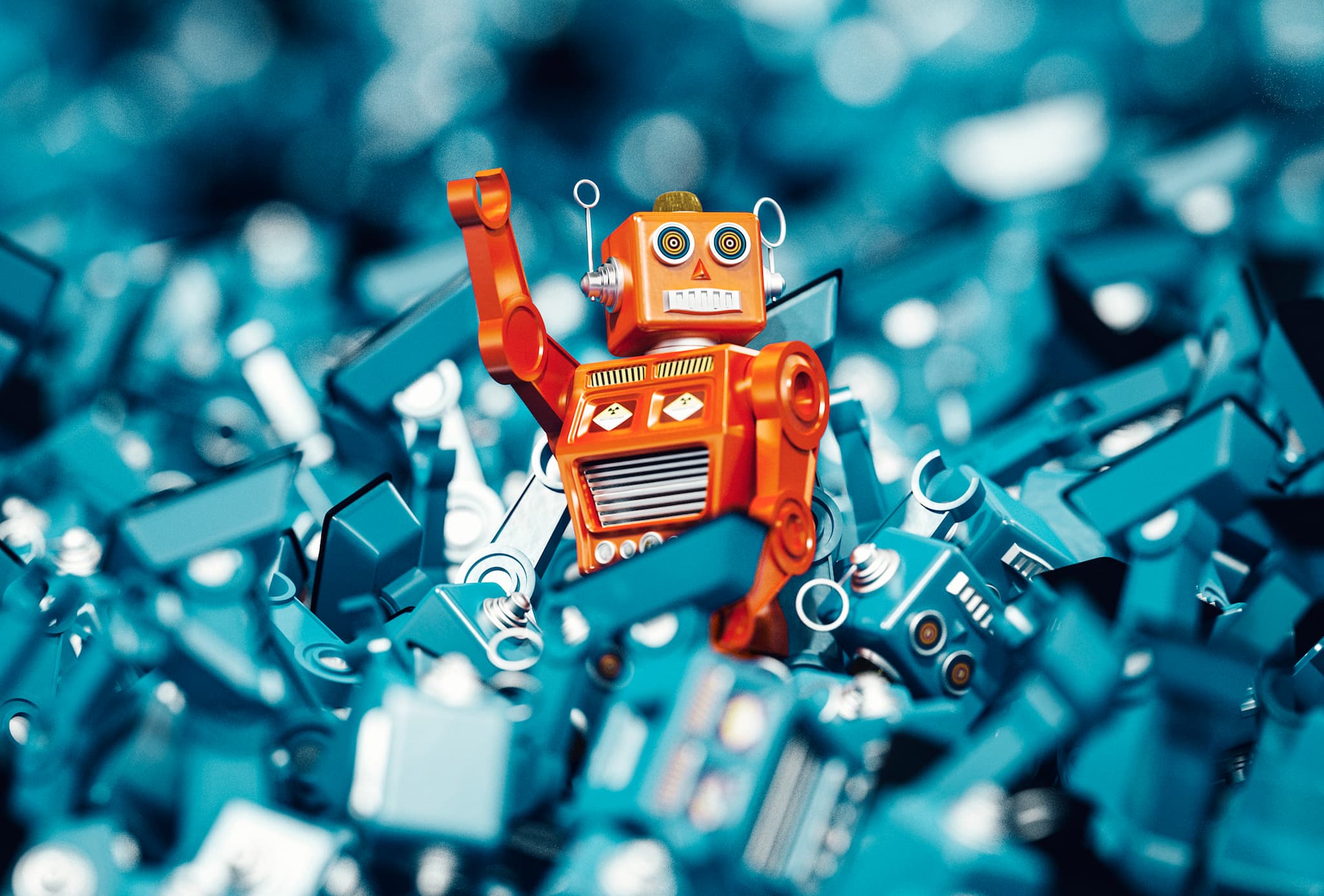 Around half a billion years ago, life forms on Earth suddenly became significantly more diverse, creating most of the general classes of fauna and flora we know today. This period is known as the Cambrian explosion, and the leading theory to explain it is that certain traits, like vision, became advanced enough to help multiple species thrive.

The field of robotics might be poised for a Cambrian explosion of its own, according to Gill Pratt, a DARPA program manager. In a paper for the Journal of Economic Perspectives, he proposes eight exponentially advancing technologies -- or "technical drivers" -- that might be getting just good enough to lead to an huge expansion in the number and different types of robots.

Consider Moore’s Law, the estimation that doubling the amount of mechanisms you can fit in a computer chip improves its computing power. This has been done about every two years and we are already approaching a fundamental limit, internal computer chip designs have reached the scale of nanometers. That is how much progress we’ve made.

Spacial perception can be programmed as well as the ability to accurately produce tools by way of 3D printers. This technology has been achieved and improved in little time.

Robots need to last reasonable amounts of time between charges. Good thing the portable device market demands more battery life which continues to galvanize innovation in the field. For example, the super-capacitor is new technology yet it is more advanced than its predecessor, the standard lithium battery.

Our machines are more connected than ever before. For example, Google’s Chromecast will display and share data between your computer, cellular device and TV. Nest's thermostat can be adjusted remotely on a cellular device and it can recognize patterns from when you typically heat and cool your house and autonomously make adjustments. Also, we have faster connections; the world’s average Wi-Fi speed, 10 megabits in 2014, is expected to double by 2018.

6) Scale of the Internet

World web traffic amounts to about 88 exabytes of traffic each month and is anticipated to double in 3 years. 13 billion devices are already connected to the Internet, nearly twice as many as there are people in the world and that will likely rise to thrice as many by 2019.

Entertainment and social media have pushed computers to be able to store more and more information. Measuring one synapse as one byte, the world has amassed 10 million human brains worth of data. Sharing it, like how a brain functions, would be hugely significant.

Large internet companies have millions of servers running in parallel so solutions that rely on parallel operations can be reached very quickly. The world has a computational capability of 10^21 instructions per second.

Read This Next
Brands We Love
Robots Are Already Driving and Painting, Now They're Directing Films Too
Futurism
There's Now A Computer Designed Specifically for Programming Intelligent Robots
Futurism
The Military Wants to Make AI That Mimics the Human Brain. Experts Know There’s a Better Way.
Futurism
Bring This Robot to a Disco, and It'll Dance With You
Futurism
Saudi Arabia Made a Robot a Citizen. Now, She's Calling For Women's Rights.
More on Artificial Intelligence
Naughty Botty
Yesterday on futurism
Amazing "Jailbreak" Bypasses ChatGPT's Ethics Safeguards
Immortality Lite
Yesterday on futurism
Metaverse CEO Says ChatGPT Is Speeding Up Timeline for Emulating Dead People
Year of Efficiency
Friday on the byte
Zuckerberg Says Facebook Will Lean Hard Into AI
READ MORE STORIES ABOUT / Artificial Intelligence
Keep up.
Subscribe to our daily newsletter to keep in touch with the subjects shaping our future.
+Social+Newsletter
TopicsAbout UsContact Us
Copyright ©, Camden Media Inc All Rights Reserved. See our User Agreement, Privacy Policy and Data Use Policy. The material on this site may not be reproduced, distributed, transmitted, cached or otherwise used, except with prior written permission of Futurism. Articles may contain affiliate links which enable us to share in the revenue of any purchases made.
Fonts by Typekit and Monotype.