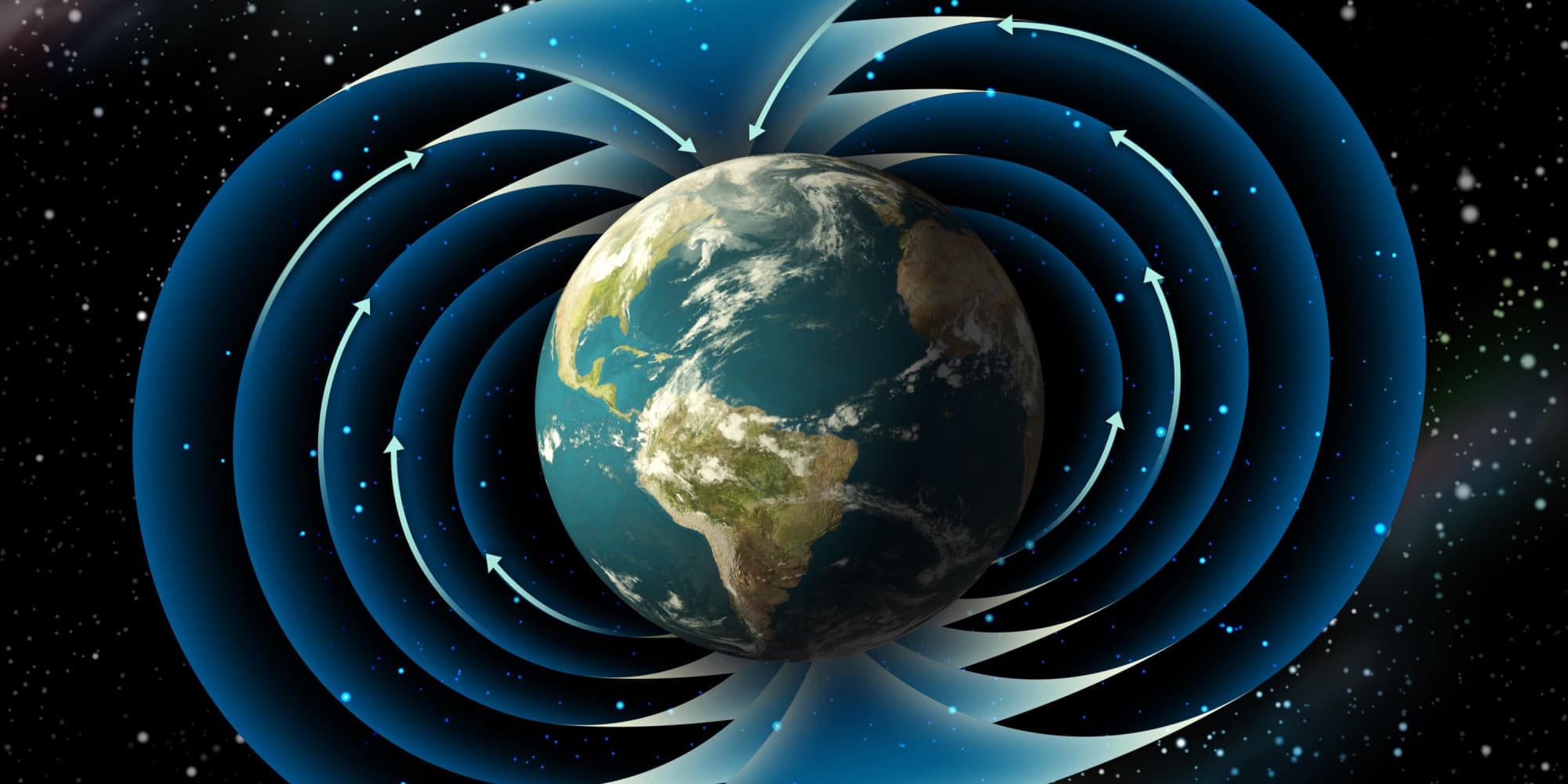 California Institute of Technology planetary scientists came up with a new theory to help explain the mechanism behind the generation of Earth's magnetic field. Joseph O'Rourke and David Stevenson discussed their theory in the journal Nature. The scientists suggest that magnesium that made its way to our planet's core holds the answers to how the magnetic field was generated in the past, and what keeps them going at present. Bruce Buffett with the University of California offers a News & Views piece on the work done by the team in the same journal issue.

How did magnesium get involved?

Scientists believed for many years that the planet's magnetic field is generated from energy that is released as our core cools and solidifies, which is essentially what we know as geodynamo. However the problem with that theory is that it is believed that the core did not cool enough to make the inner core until approximately 1 billion years ago. If that's the case, what caused the magnetic field before then?

Now, these 2 Caltech scientists think that magnesium is the answer. They propose that it was introduced to the core during the time when the Earth was being formed by collisions with other protoplanets, approximately 3.4 to 4.2 billion years ago.

They further suggest that magnesium could make up as much as 1 percent of the material in the core, and because magnesium is only soluble in iron at very high temperatures, they believe that it is slowly precipitating out to the boundary between the core and the mantle. That process would leave the iron behind denser, which would cause the release of energy which is suggested could explain the power source behind the dynamo. Their theory would explain how it is that the magnetic field has been present for so long—it would also suggest that it continues to play at least a part in how the field is generated today—with magnesium possibly driving iron convection from the top part of the core while the release of light elements from the inner core would drive convection from the bottom side.

Read This Next
Brands We Love
This Delicious Sparkling Water Uses Hemp and Adaptogens to Calm Your Frayed Nerves
Magnetic Dips
Anomaly in Earth's Magnetic Field May Be Caused by Buried Fragment of Ancient Planet
Futurism
This Week in Science: Sept 15-21
Futurism
We May Have Finally Seen Gravitational Waves
Futurism
Caltech Physicist Creates Designer Snowflakes in a Lab
More on Sci-Fi Visions
Human v. Giraffe
Tuesday on the byte
Chaotic Italian Fashion Line Baffles Facial Recognition Software
Step One
Tuesday on the byte
World’s Third Richest Person Says He’s Developed "Addiction" to ChatGPT
FROM THE DEPT. OF...
Tuesday on futurism
The Best Places to Buy A Laptop in 2023
READ MORE STORIES ABOUT / Sci-Fi Visions
Keep up.
Subscribe to our daily newsletter to keep in touch with the subjects shaping our future.
+Social+Newsletter
TopicsAbout UsContact Us
Copyright ©, Camden Media Inc All Rights Reserved. See our User Agreement, Privacy Policy and Data Use Policy. The material on this site may not be reproduced, distributed, transmitted, cached or otherwise used, except with prior written permission of Futurism. Articles may contain affiliate links which enable us to share in the revenue of any purchases made.
Fonts by Typekit and Monotype.