I, Robot
2. 4. 19 by Jon Christian
I, Robot
/Artificial Intelligence

New Robot Is "On The Path to Machine Self-Awareness," Says Creator

"We believe that this ability is on the path to machine self-awareness." 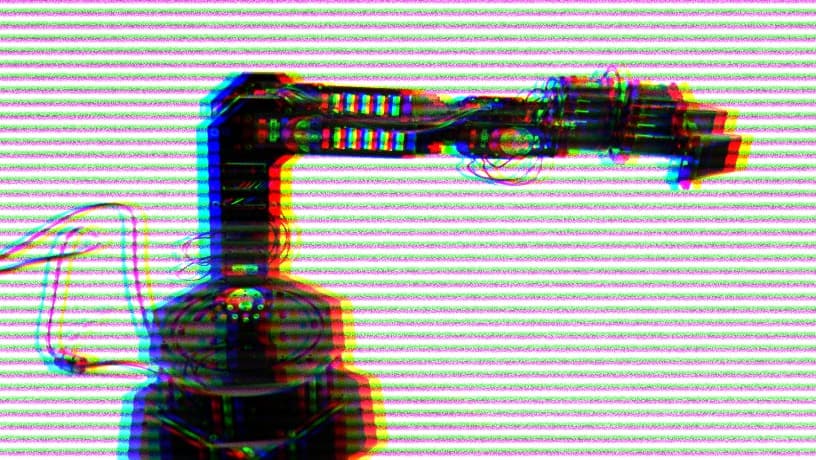 Researchers at Columbia University say they've built a robot arm that can construct a self-image from scratch — a capability they frame, provocatively, as a step toward machines that are truly self-aware.

"This is perhaps what a newborn child does in its crib, as it learns what it is," said Hod Lipson, a professor of mechanical engineering who worked on the robot, in a press release. "We conjecture that this advantage may have also been the evolutionary origin of self-awareness in humans. While our robot’s ability to imagine itself is still crude compared to humans, we believe that this ability is on the path to machine self-awareness."

The robot arm, described in a new paper in the journal Science Robotics, learns how to operate by experimenting — with no programming about physics, geometry or its own construction.

But after a flailing around process the researchers call "babbling" and a period of "intensive computing," the arm's algorithm starts to make sense of the world. After its self-discovery process, according to the researchers, it managed to handle complex situations including repairing itself and writing text with a marker.

Those accomplishments are impressive, but the arm is a long way from writing a poem. Still, Lipson frames the project as an important step toward understanding how humans learn to conceive of themselves — and perhaps one day building robots that understand themselves as we do.

"Philosophers, psychologists, and cognitive scientists have been pondering the nature self-awareness for millennia, but have made relatively little progress," Lipson said. "We still cloak our lack of understanding with subjective terms like ‘canvas of reality,’ but robots now force us to translate these vague notions into concrete algorithms and mechanisms."

More on self-aware robots: Artificial Consciousness: How To Give A Robot A Soul

Read This Next
Craiyon Dreams
The Creator of That Viral Image Generating AI Loves All Your Weird Creations
Garden Variety RAIcist
Scientists Alarmed When Robot Immediately Becomes Racist and Sexist
What's Happening?
Google Insider Says Company's AI Could "Escape Control" and "Do Bad Things"
Better Call HAL
Google Engineer Says Lawyer Hired by "Sentient" AI Has Been "Scared Off" the Case
Nightmare Fuel
AI Dreamed Up a Bizarre Nightmare Creature That Doesn't Actually Exist... We Hope
More on Artificial Intelligence
Paper Chaser
Thursday on futurism
Researcher Tells AI to Write a Paper About Itself, Then Submits It to Academic Journal
Fooled Ya
Thursday on the byte
Company Complains That Users Keep Thinking Its AI Has Come to Life
Clear History
Jun 24 on the byte
Scientists Develop Head-Mounted Device That Detects When You Watch Porn
READ MORE STORIES ABOUT / Artificial Intelligence
Keep up.
Subscribe to our daily newsletter to keep in touch with the subjects shaping our future.
+Social+Newsletter
TopicsAbout UsContact Us
Copyright ©, Camden Media Inc All Rights Reserved. See our User Agreement, Privacy Policy and Data Use Policy. The material on this site may not be reproduced, distributed, transmitted, cached or otherwise used, except with prior written permission of Futurism. Fonts by Typekit and Monotype.