We can now “force” the truth out of a person in certain situations.

Isaac Newton once said, “Truth is ever to be found in simplicity,” but the biological basis for honesty isn’t that simple and remains poorly understood. That’s changing thanks to a study by researchers from the University of Zurich (UZH) working with colleagues from Chicago and Boston.

They’ve demonstrated the possibility of controlling honest behavior using a non-invasive form of brain stimulation. Their research, published in the journal Proceedings of the National Academy of Sciences, pinpoints a deliberation process between telling the truth and self-interest in the brain’s right dorsolateral prefrontal cortex (rDLPFC).

The researchers arrived at their conclusion using a die-rolling experiment in which participants could increase their earnings by cheating. About 8 percent of the participants cheated whenever they could to maximize their profits, but many others opted to tell the truth at times and cheat at other times. “Most people seem to weigh motives of self-interest against honesty on a case-by-case basis; they cheat a little but not on every possible occasion,” said Michel Maréchal, an Experimental Economics professor at UZH. 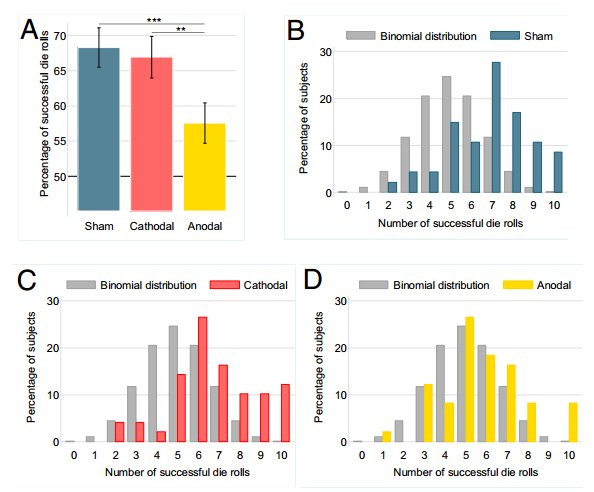 The researchers then applied their “truth serum” to the experiment. Rather than a drug like you’d see in a spy movie, they used a non-invasive transcranial direct current stimulation over a region of the rDLPFC. This causes brain cells to be more active by making them more sensitive. After it was applied, the sometimes cheaters were less likely to cheat — the consistent cheaters remained, well, consistent.

“This finding suggests that the stimulation mainly reduced cheating in participants who actually experienced a moral conflict, but did not influence the decision making process in those who were committed to maximizing their earnings,” UZH Professor of Neuroeconomics Christian Ruff pointed out.

Getting the Truth Out

In most situations, getting the truth out is important. After all, isn’t an honest people the foundation of a good society? The UZH research sheds light on the brain processes involved in telling the truth. “These brain processes could lie at the heart of individual differences and possibly pathologies of honest behavior,” Ruff explained.

Maréchal put it more bluntly: “If breaches of honesty indeed represent an organic condition, our results question to what extent people can be made fully liable for their wrongdoings.” It’s necessary to understand the extent of how biological predispositions affect honest behavior. The researchers, curiously enough, found that their brain stimulation method only affected honesty in situations that weighed moral motives against material ones, i.e., telling the truth vis-a-vis increasing earnings.

While the researchers didn’t really highlight more practical applications for this brain stimulation technique, there are potential uses for it. Perhaps it could improve existing lie-detection technologies, or it could be used in legally questioning persons of interest in criminal cases. Maybe. The point is, it now seems possible to “force” the truth out of a person in certain situations, which is itself a truth worth mulling over.

Scientists: Brain Stimulation May Make You Smarter But At a Huge Cost