The Solar System just got weirder. 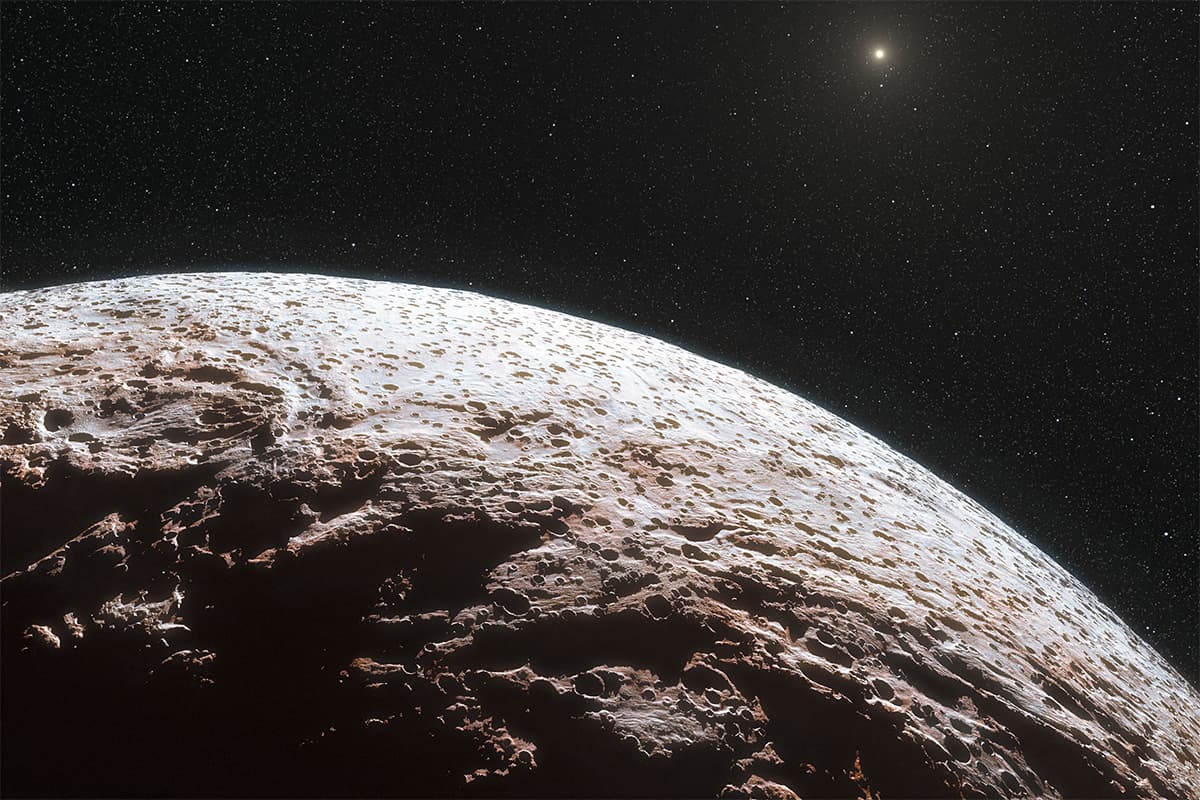 A new object past Neptune has been found orbiting the Sun, nearly perpendicular to the planets in the Solar System. The newly found object, named Niku, was discovered by a team of astronomers using the Panoramic Survey Telescope & Rapid Response System (Pan-STARRS) telescope in Haleakala, Maui. And it has astronomers scratching their heads.

“I hope everyone has buckled their seat belts because the outer solar system just got a lot weirder,” Michele Bannister, an astronomer at Queens University, Belfast tweeted.

“Angular momentum forces everything to have that one spin direction all the same way,” says Bannister. “It’s the same thing with a spinning top, every particle is spinning the same direction.”

Two planets in the Solar System, however do not follow this norm either. Venus and Uranus were believed to have been hit by another celestial body, thus altering their rotation. Initially, a similar collision was suspected to have caused Niku to orbit the sun backwards, which would also explain the object’s 110-degree inclination.

But while Niku could have easily been dismissed as just another collision victim, additional findings have astronomers throwing that logic out the window and scratching their heads even more. They found that Niku is not alone. Apparently, Niku is a part of an entire group of objects orbiting the Sun in this inclination, and in this direction.

The mysterious and still mythical (as of now) Planet Nine was also a primary suspect to the alteration, but further scrutiny concluded that Niku is too close to the center of the Solar System—beyond a hypothetical Planet Nine’s gravitational reach.

"It suggests that there's more going on in the outer solar system than we're fully aware of," Matthew Holman, a senior astrophysicist at the Harvard-Smithsonian Center told The New Scientist.

So do scientists have any hypotheses as to what, how, and why these objects are moving around us the way they do?

Although there are no solid explanations at the moment, and the study is still up for peer review, astronomers are very excited.

“Whenever you have some feature that you can’t explain in the outer solar system, it’s immensely exciting because it’s in some sense foreshadowing a new development,” says Konstantin Batygin at the California Institute of Technology.

Bannister enjoys the confusion that comes with it: “It’s wonderful that it’s so confusing,” she says. “I’m looking forward to seeing what the theoretical analysists do once they get their hands on this one.”

Read This Next
Shoo
Scientists Warn Giant Asteroid Is Actually Swarm, Nearly Impossible to Destroy
What Does It All Mean?
The Second Alien Probe We Detect May Be Particularly Bizarre, Scientist Says
A Sip of Opal
NASA Discovers Precious Gemstones on Mars
And He Scores
We Are Completely Puzzled by This Video of a Chinese Astronaut Playing Ping-Pong in Space
Moon Wrestling
The Head of NASA Is Scared Chinese Astronauts Will Seize Portions of the Moon
More on Off World
Drama Bomb
Yesterday on the byte
European Space Agency Halts Plans to Send Astronauts to Chinese Space Station
Futurism
Yesterday on the byte
Asteroid Mining Startup About to Launch First Mission
Carry On, Wayward...
Yesterday on the byte
NASA Says Lucy Spacecraft Will Forge Ahead With Busted Solar Array
READ MORE STORIES ABOUT / Off World
Keep up.
Subscribe to our daily newsletter to keep in touch with the subjects shaping our future.
+Social+Newsletter
TopicsAbout UsContact Us
Copyright ©, Camden Media Inc All Rights Reserved. See our User Agreement, Privacy Policy and Data Use Policy. The material on this site may not be reproduced, distributed, transmitted, cached or otherwise used, except with prior written permission of Futurism. Articles may contain affiliate links which enable us to share in the revenue of any purchases made.
Fonts by Typekit and Monotype.