New Information Regarding Why Our Universe Didn't Collapse 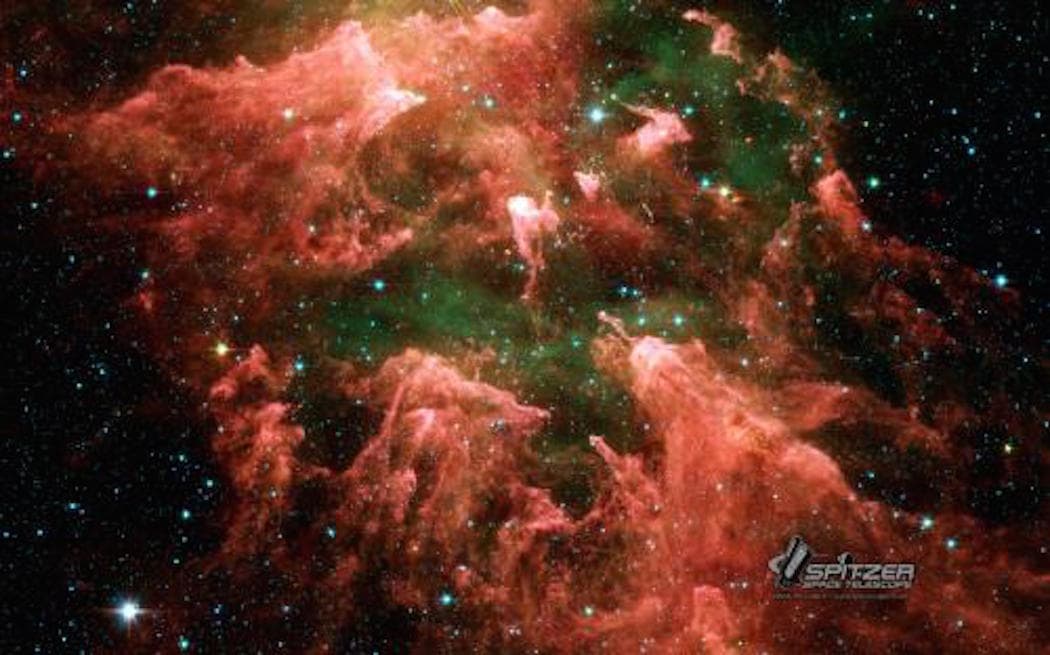 Based on the best physics models that we have, in that moment immediately after the Big Bang, the universe should have collapsed. And yet, despite these findings, despite all of our evidence that shows that the cosmos should have essentially been annihilated shortly after it sprang into being...our universe did not, in fact, collapse.

This is a fact that continues to puzzle scientists up to this day.

In a new paper published in Physical Review Letters, researchers looking into the mystery may have come one step closer to understanding why everything didn't end. But to begin, understanding this problem requires a basic understanding of inflation. In short, as NASA notes, "The Inflation Theory proposes a period of extremely rapid (exponential) expansion of the universe during its first few moments. It was developed around 1980 to explain several puzzles with the standard Big Bang theory, in which the universe expands relatively gradually throughout its history."

The issue with all of this is that research that was previously conducted reveals that the Higgs field very well could have acquired large enough fluctuations to overcome an energy barrier...a barrier that caused our cosmos to transition from its standard vacuum state to a negative energy vacuum state, which would have caused the universe to quickly collapse in on itself.

So how to solve this problem?

In short, according to the new findings, the stronger the Higgs field is coupled to gravity, the larger the fluctuations are, which triggers a fatal transition to the negative energy vacuum state. And based on the scientist’s calculations, a collapse would have only happened if the coupling strength went above a value of 1. And as reports note, "Combining this result with the lower bound of 0.1, which the same physicists derived last year by analyzing the requirements for stability during (rather than after) inflation, and the range of 0.1-1 constrains the coupling to near its historically estimated value of 1/6."

Despite these findings, conclusive answers to the question still linger.

"It's a combination of parameters that actually determines the occurrence of such a transition, including the Higgs coupling to gravity, but also the energy scale of the inflation, which are not tightly constrained by current measurements," researchers told Phys.org. "So, presently it is not possible to draw a conclusion on whether the standard model is in trouble due to instability-related issues, but it would be very interesting if the Higgs-gravity coupling and the scale of inflation could be constrained more tightly in the future by independent measurements, for example by observing primordial gravity waves resulting from inflation."

However, the results could potentially help scientists modify inflation models to illustrate a universe that could reflect the universe as the everyone knows it—the universe that actually exists around us.

Read This Next
Eyes Up
Scientists May Have Finally Found the Universe's Missing Matter
Futurism
Ancient Supermassive Black Hole Unveils Secrets of Early Universe
Futurism
Does the Universe Really Go on Forever? Bill Nye Answers.
Futurism
There's A Rogue Black Hole Streaking Through the Universe
Futurism
Evolution on a Galactic Scale
More on Off World
Exoplanet Dance
Yesterday on the byte
Scientist Releases Amazing Video of Exoplanets Orbiting Distant Star
Space Junk News
Yesterday on the byte
Two Large Chunks of Space Debris Just Almost Collided in an Epic Disaster
Mars Drop
Yesterday on the byte
NASA's Mars Rover Perseverance Just Dropped Off Its Last Sample
READ MORE STORIES ABOUT / Off World
Keep up.
Subscribe to our daily newsletter to keep in touch with the subjects shaping our future.
+Social+Newsletter
TopicsAbout UsContact Us
Copyright ©, Camden Media Inc All Rights Reserved. See our User Agreement, Privacy Policy and Data Use Policy. The material on this site may not be reproduced, distributed, transmitted, cached or otherwise used, except with prior written permission of Futurism. Articles may contain affiliate links which enable us to share in the revenue of any purchases made.
Fonts by Typekit and Monotype.