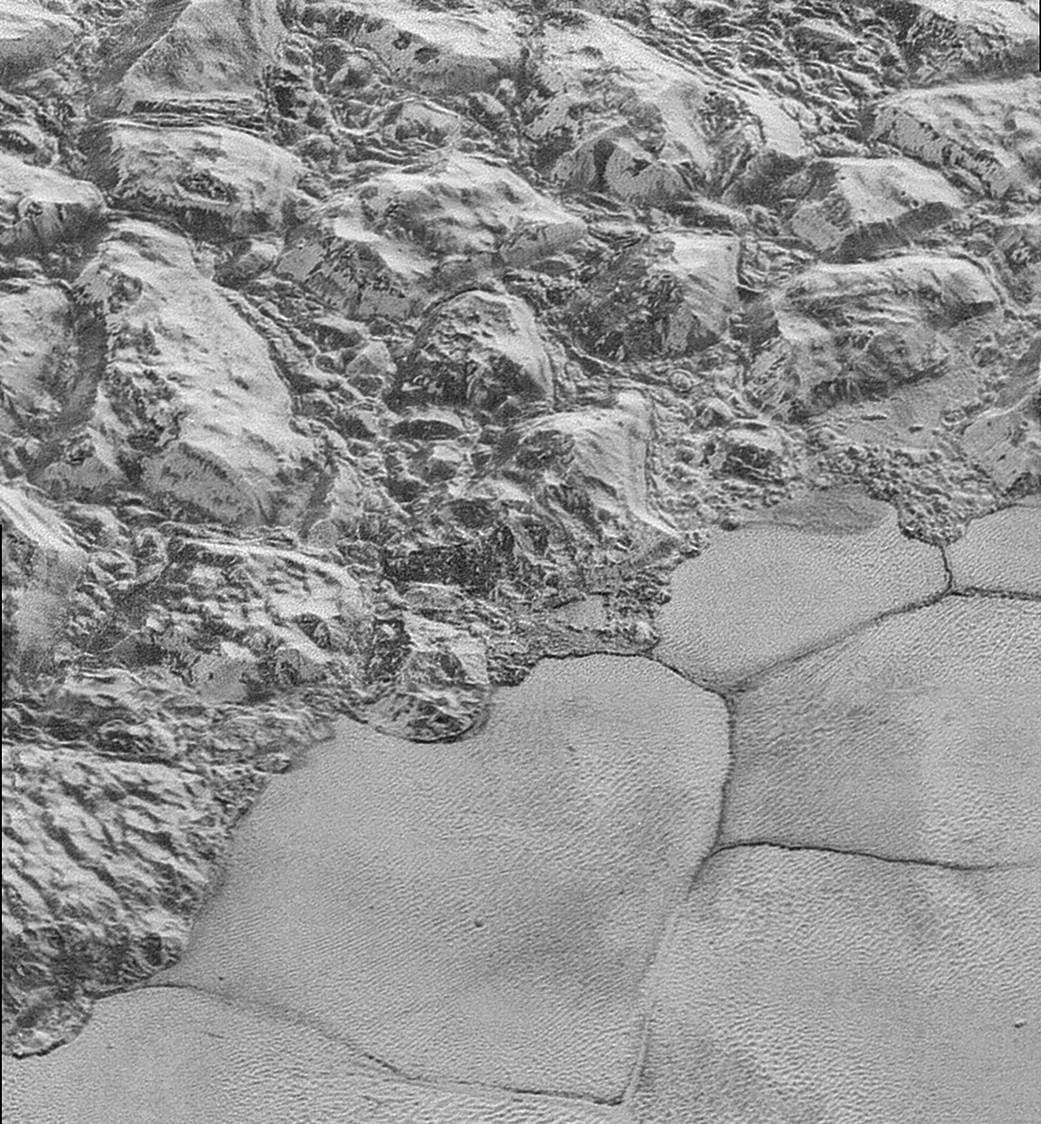 This icy world orbits through the most distant reaches of our solar system, wandering through the cosmos some 7.5 billion kilometers (4.67 billion miles) from our life-giving Sun at its farthest point. However, each year, Pluto's highly elliptical orbit swings it towards the inner regions of the solar system, ultimately passing Neptune on its journey in; however, at its closest, it is still to 4.28 billion kilometers (2.66 billion miles) away.

This extreme distance makes it a frozen wasteland...but wastelands can still be terribly interesting places.

Once known to be the ninth planet of our Solar System, Pluto’s fame is normally overshadowed by nearer heavenly bodies, like Mars with its water, or Saturn and its rings, and even the carbon-thick clouds of Venus. However, in July this year, the spotlight was shown again on Pluto, as the New Horizons spacecraft became the first craft to fly by dwarf planet.

During the brief period, New Horizons made detailed measurements and observations of Pluto and its moons. Recently, the spacecraft sent its most amazing images yet. The ones released online, which are the first in a series that NASA will release in the coming weeks, are the sharpest humans will ever see of Pluto’s surface...at least until we get back (which may not be for some time. After all, it has been more than 40 years since we went to the Moon).

NASA also produced a video, which is posted below. It scans across the entire 80 kilometer-wide (50 mile-wide) strip that ranges from the horizon, across the al-Idrisi mountains, and into Sputnik Planum.

Impressive detail can be seen from the images. They show a mountain range with an impact-ridden area at the north. This area has craters with multiple layers, such as relics of different geological ages, perhaps, hidden in Pluto’s icy crust. It can also be seen that Sputnik Planum’s flats aren’t as faultless as what previously thought. The plain is pockmarked with ridges of different sizes, like ripples left in sand as the tide goes out.

For Venus and Mars, such images were only achieved years after their first flybys. For Pluto, such an achievement was done after less than 5 months. Indeed, in the press release, New Horizons Principal Investigator Alan Stern notes, "These new images give us a breathtaking, super-high resolution window into Pluto's geology. Nothing of this quality was available for Venus or Mars until decades after their first flybys; yet at Pluto we're there already – down among the craters, mountains and ice fields – less than five months after flyby. The science we can do with these images is simply unbelievable."

More of the images can be seen at NASA’s website