All is not lost. 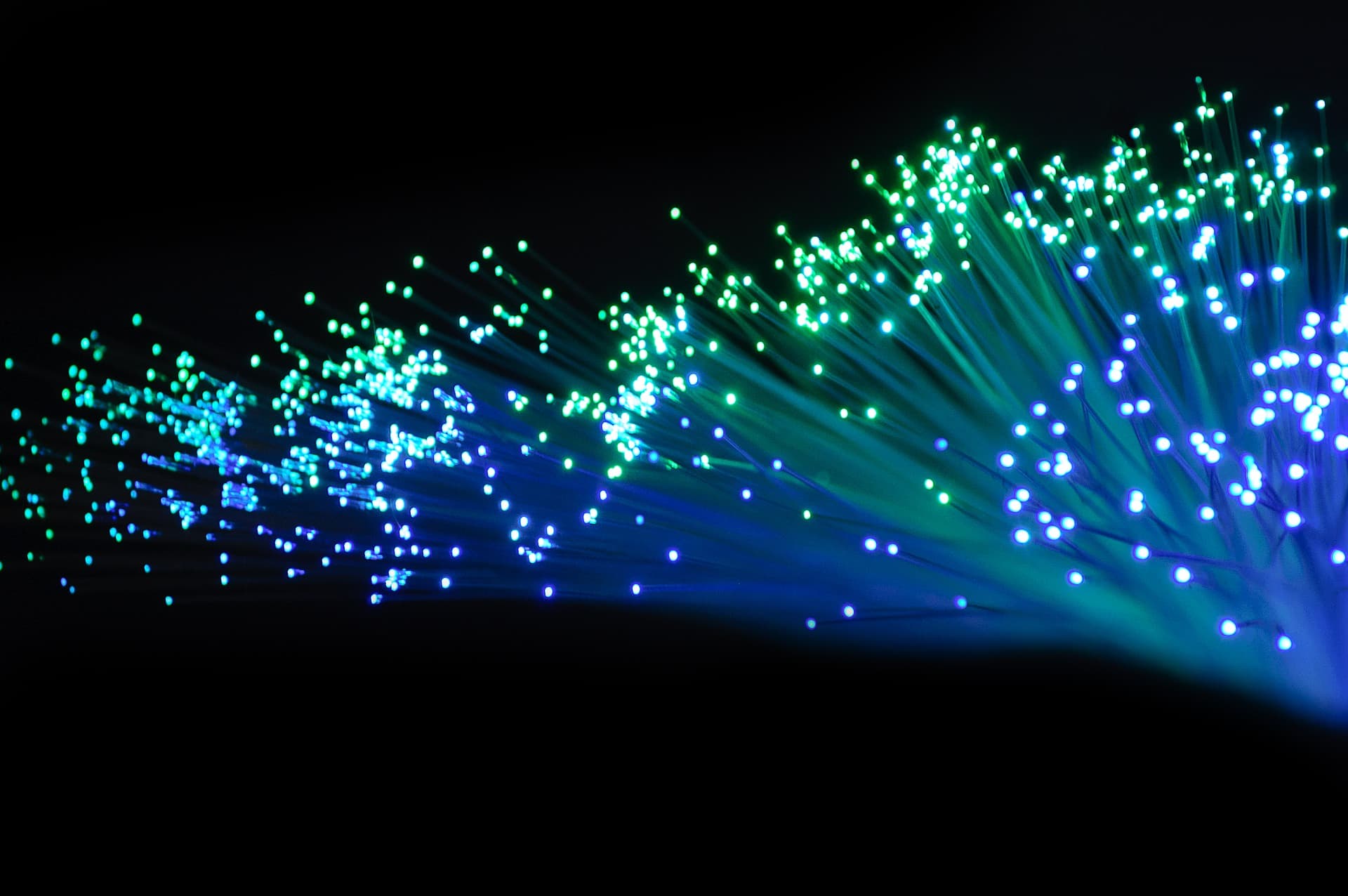 Researchers may have made a significant breakthrough in fiber optics that could lead to lower costs, less energy consumption, and even faster speeds for sending information over high-speed internet connections.

Led by Michael Vasilyev, an electrical engineering professor at the University of Texas Arlington, and Taras I. Lakoba, a mathematics professor at the University of Vermont, the researchers have developed an optical device no larger than a book that is capable of nonlinear optical processing. This allows for multiple beams of light to autocorrect their shapes without interfering, or crosstalking, with other beams. Previous research had discovered that nonlinear optical processing has the ability to process information at speeds thousands of times faster than what can be achieved with electricity, but it can only successfully do this with a single optical beam.

The new device eliminates that limitation. The research could open up the path to fully realize the full potential of optics, leading to potential internet speeds in the range of terabits per second.

According to Vasilyev, the ability of their experiment to successfully demonstrate the device's efficacy with 16 channels was only limited by the constraints of the laboratory itself. "This experiment opens the opportunities to scale the number of channels to over a hundred without increasing the cost, all in a book-sized device," he said in a press release. Further development of this technology could also see the size of the device shrinking to that of a matchbox.

Current setups used by telecommunications companies require optical signals to be converted to electrical signals, using devices called fast photo-detecters. These electrical signals are then processed with silicon-based circuitry, and finally, are converted back into optical signals. Naturally, this process requires energy to complete. Eliminating the need for this conversion will save internet service providers significant amounts of money while also improving their networks. In turn, an ideal world would see the telecoms passing down those savings to their customers while also providing better service.

The new device developed by Vasilyev's team is just one of the innovations that will allow the internet to reach new heights, and other innovators are thinking outside the box to help move us along. Made in Space is hoping to live up to the promise of their company name by manufacturing optical cables in space to reduce impurities and allow for faster data transfer.

Elsewhere, researchers are also making humongous strides in improving internet speeds and reliability. Nokia Bell Labs announced last year that they were able to successfully reach internet speeds up to 1 Tbps in "real world" conditions. With an increasing number of devices biting into available internet speeds, the ability of our internet capabilities to keep pace with technological development will be key to keeping progress on track.

With a growing network of smart devices, smart cars, smart homes, and more, the internet and its ubiquity have become a necessary component of modern life. Its continued improvement is at least as important as discovering more ways to utilize it.

Read This Next
Futurism
"Twisted Light" Could Create an Ultra-Fast Internet and Make Fiber Optics Obsolete
Futurism
Ultra Fast Internet? Google Fiber Says No New Cities Are Going Online
Futurism
A Faster Internet: Terabit Networking Was Just Successfully Tested
Futurism
Our Batteries are Saved! This Wi-Fi Uses 10,000 Times Less Power
Futurism
New Terahertz Wireless Tech Could Allow For Fiber-Optic Speeds Without The Fiber
More on Future Society
Primate Theft
8:00 PM on the byte
It Was a Very Bad Weekend for Monkeys Being Stolen From Zoos, Apparently
Ring The Alarm
3:40 PM on the byte
Whistleblower Claims Facebook Can Secretly Drain Your Phone's Battery on Purpose
I Silence Thee
Jan 28 on futurism
Leaked Messages Seem to Show Elon Musk Using Twitter to Punish His Enemies
READ MORE STORIES ABOUT / Future Society
Keep up.
Subscribe to our daily newsletter to keep in touch with the subjects shaping our future.
+Social+Newsletter
TopicsAbout UsContact Us
Copyright ©, Camden Media Inc All Rights Reserved. See our User Agreement, Privacy Policy and Data Use Policy. The material on this site may not be reproduced, distributed, transmitted, cached or otherwise used, except with prior written permission of Futurism. Articles may contain affiliate links which enable us to share in the revenue of any purchases made.
Fonts by Typekit and Monotype.