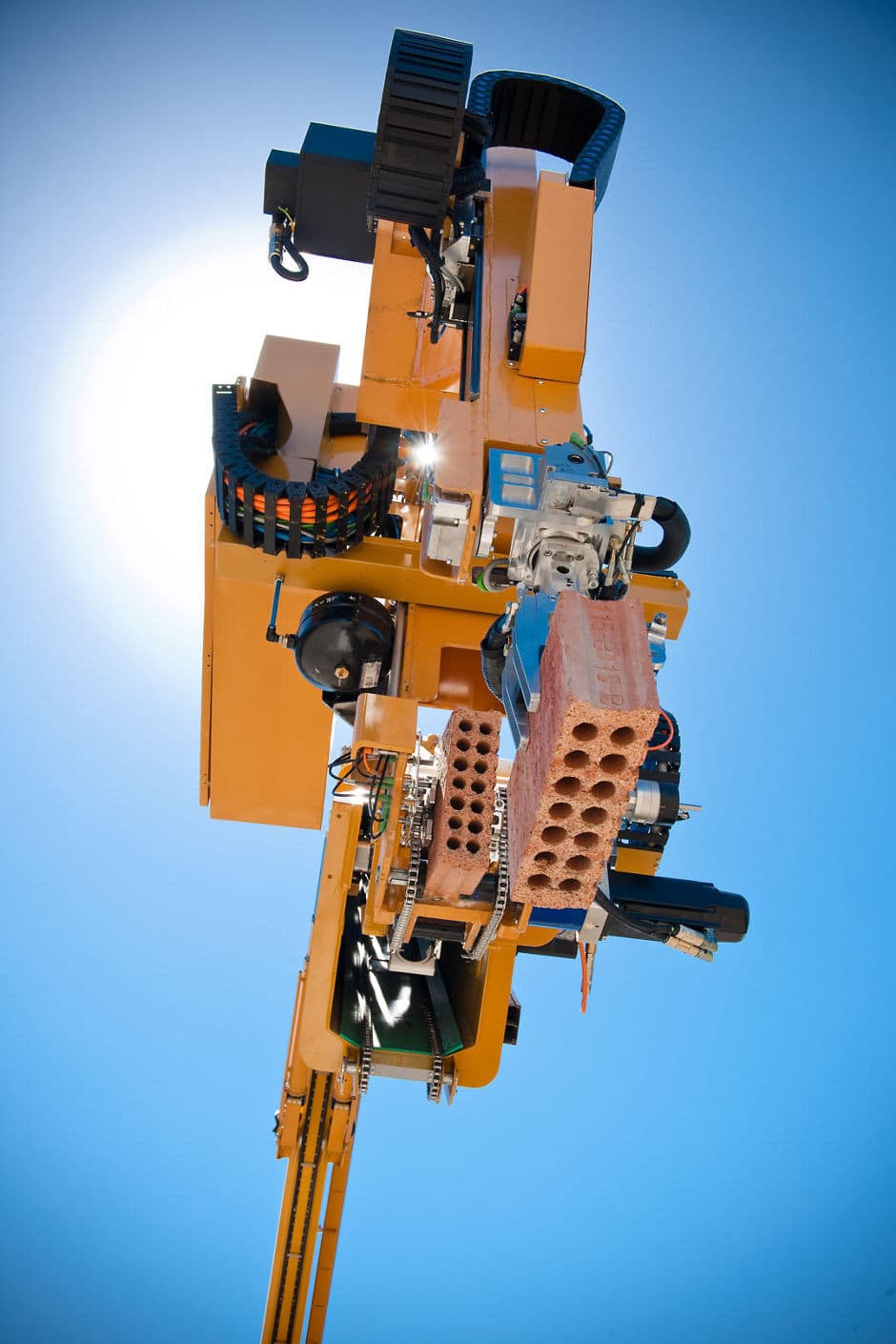 2015 has been the year of the robot. We’ve seen new robots gaining ground in many industries: disaster aid, defense, medicine, space exploration, and now construction. Many of these robotic applications remain highly specialized to a few certain tasks and require continuous human operation or regular assistance. Yet, a new robot can purportedly craft a house’s frame completely unassisted by us. In an industry where the average bricklayer usually can lay a few to several hundred bricks a day, this robot’s efficiency is bound to prove remarkable.

Fastbrick Robotics has just unveiled a prototype expert bricklaying robot by the name of Hadrian. The machine can reportedly lay 1,000 bricks in a single hour. Its advanced 3D technology uses computer-aided design (CAD) to keep measurements and other functions extremely accurate and precise. It is actually able to take into consideration a structure’s complexities, constructing space for windows and doors and integrating paths for electrical wiring and pipes into the design.

The Next Evolution in Construction

Mike Pivac, the company's CEO, calls the robot’s capabilities the next evolution of the brick laying trade. It typically takes a traditional construction team five to six weeks to construct the 15,000 brick frame of the average house. The task takes Hadrian only two days to do! The robot can process, lay, and cut bricks to the frame design 21 times faster than manpower currently can. With the potential for robots to construct buildings with such impressive efficiency, it’s safe to say that the 6000 year old brick-laying industry, let alone the entire construction industry, is still following an antiquated model that is ripe for disruption.