Let's put a smile on that face! 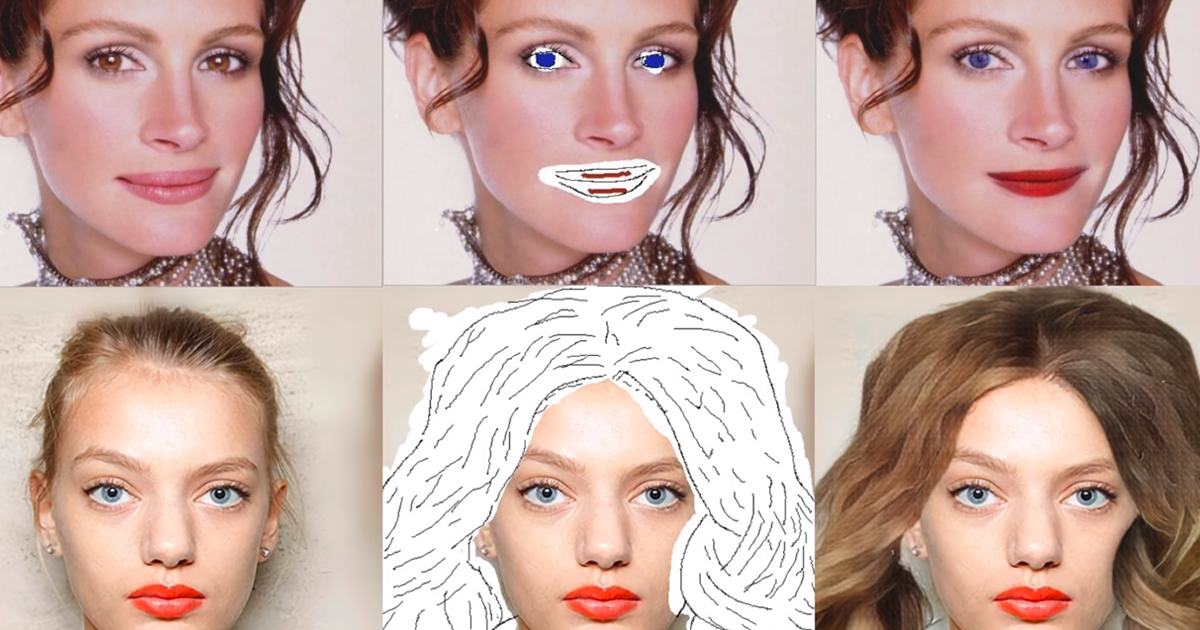 Thanks to a new neural network, convincing photo edits that would have previously required extensive Photoshop expertise has become as easy as drawing a quick doodle.

The research, first published to the preprint server ArXiv in February, is the product of computer scientists from South Korea's Electronics and Telecommunications Research Institute. The paper includes examples in which the researchers tweaked photos of celebrities to have totally new expressions or facial features.

For instance, the researchers doodled a smile onto a photo of a neutral expression, and the algorithm churned out a photo that shows the subject smiling. Similarly, a couple brushstrokes enabled the neural net to edit people's jawlines and hairstyles, and even erase sunglasses off their faces, generating realistic eyes in their place.

While algorithms like this can be a fun way to tweak photos, and photo-altering algorithms could lead to better special effects in movies and video games, research like this can readily be misused to create misleading or harmful deepfakes.

While manipulative media is nothing new, computer scientists seem hell-bent on developing the most convincing, easiest-to-use algorithms that make pictures or videos of people in situations that never really happened — and this new neural net is no exception.