A Neural Network Generated a Bunch of Mutated-Looking New Animals

"Straying even further into the unknown, the model produced weird abstract patterns and unidentifiable entities, all with a vaguely biological, 'life-ish' feel to them." 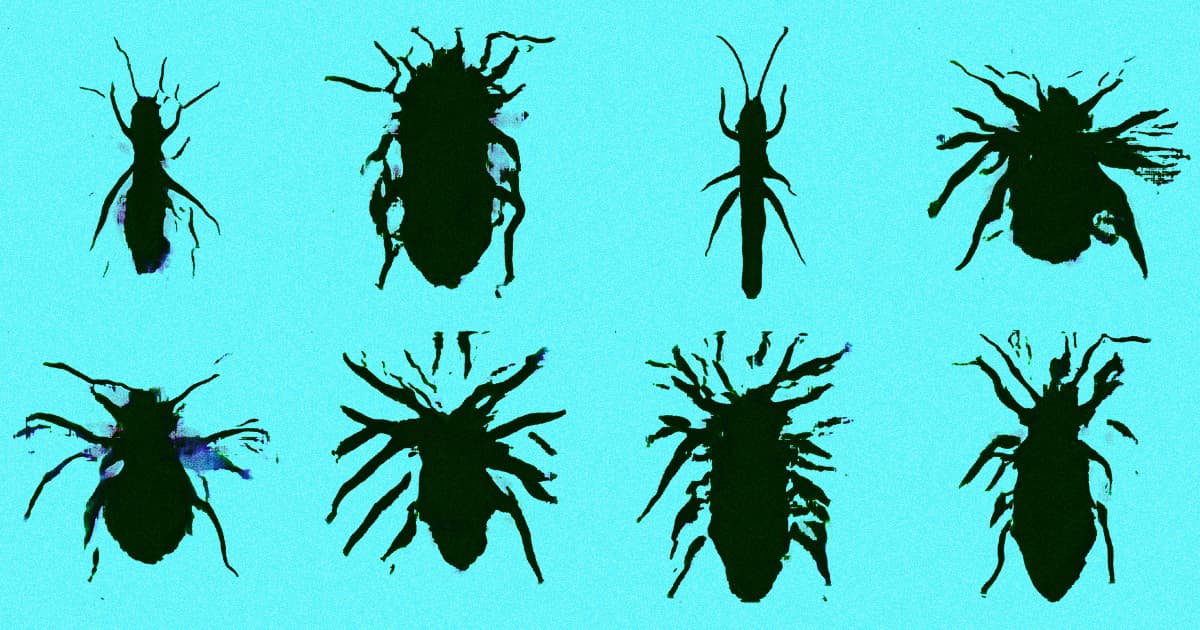 Now, a programmer named Aldo Cortesi has created an even stranger algorithm — one that draws silhouettes for nonexistent animals, some of which look plausible and others which look like nothing you've ever seen before.

In a post about the project, Cortesi wrote that he was indeed inspired by algorithms that generate human likenesses.

"Looking at these images, it seems like the neural net would have to learn a vast number of things to be able to do what these networks were doing. Some of this seems relatively simple and factual — say, that eye colours should match," he wrote. "But other aspects are fantastically complex and hard to articulate. For instance, what nuances are needed to link the configuration of eyes, mouth and skin creases into a coherent facial expression?"

"Of course, I'm anthropomorphising a statistical machine here, and we may be fooled by our intuition — it could turn out that there are relatively few working variations, and that the solution space is more constrained than we imagine," he added. "Maybe the most interesting thing is not the images themselves, but rather the uncanny effect they have on us."

While he was mulling the implications of that tech, he heard about a database called PhyloPic, which collects silhouettes of animals. He wondered what would happen if he used that cache of data to train a new neural network, designed to create zoological designs.

Curiosity got the better of him — and, he wrote, he was "pretty sure I would get a few good prints for my study wall out of it" — so he adapted existing machine learning code and trained the model using the PhyloPic database. In the end, he generated 50,000 images and sorted through them by hand to find the best examples (and, he admits, sometimes adding filters or flipping them for aesthetic purposes).

The result is a menagerie of organisms that range from the plausible to the nightmarish — or like uncanny hybrids from Alex Garland's 2018 sci-fi flick "Annihilation."

He also produced a range of alarming-looking hominids:

As well as winged insects:

And other types of bugs:

As well as things that, well, defy easy categorization:

The whole thing is worth a read — and Cortesi's post contains even more examples of the grotesque creatures his algorithm generated.

"Straying even further into the unknown, the model produced weird abstract patterns and unidentifiable entities, all with a vaguely biological, 'life-ish' feel to them," he wrote.

Read This Next
Craiyon Dreams
The Creator of That Viral Image Generating AI Loves All Your Weird Creations
What's Happening?
Google Insider Says Company's AI Could "Escape Control" and "Do Bad Things"
Better Call HAL
Google Engineer Says Lawyer Hired by "Sentient" AI Has Been "Scared Off" the Case
Nightmare Fuel
AI Dreamed Up a Bizarre Nightmare Creature That Doesn't Actually Exist... We Hope
AI Bigots
That AI Image Generator Is Spitting Out Some Awfully Racist Stuff
More on Artificial Intelligence
Paper Chaser
Yesterday on futurism
Researcher Tells AI to Write a Paper About Itself, Then Submits It to Academic Journal
Fooled Ya
Yesterday on the byte
Company Complains That Users Keep Thinking Its AI Has Come to Life
Garden Variety RA...
Wednesday on futurism
Scientists Alarmed When Robot Immediately Becomes Racist and Sexist
READ MORE STORIES ABOUT / Artificial Intelligence
Keep up.
Subscribe to our daily newsletter to keep in touch with the subjects shaping our future.
+Social+Newsletter
TopicsAbout UsContact Us
Copyright ©, Camden Media Inc All Rights Reserved. See our User Agreement, Privacy Policy and Data Use Policy. The material on this site may not be reproduced, distributed, transmitted, cached or otherwise used, except with prior written permission of Futurism. Fonts by Typekit and Monotype.