Neural Network Says These 11 Asteroids Could Smash Into Earth 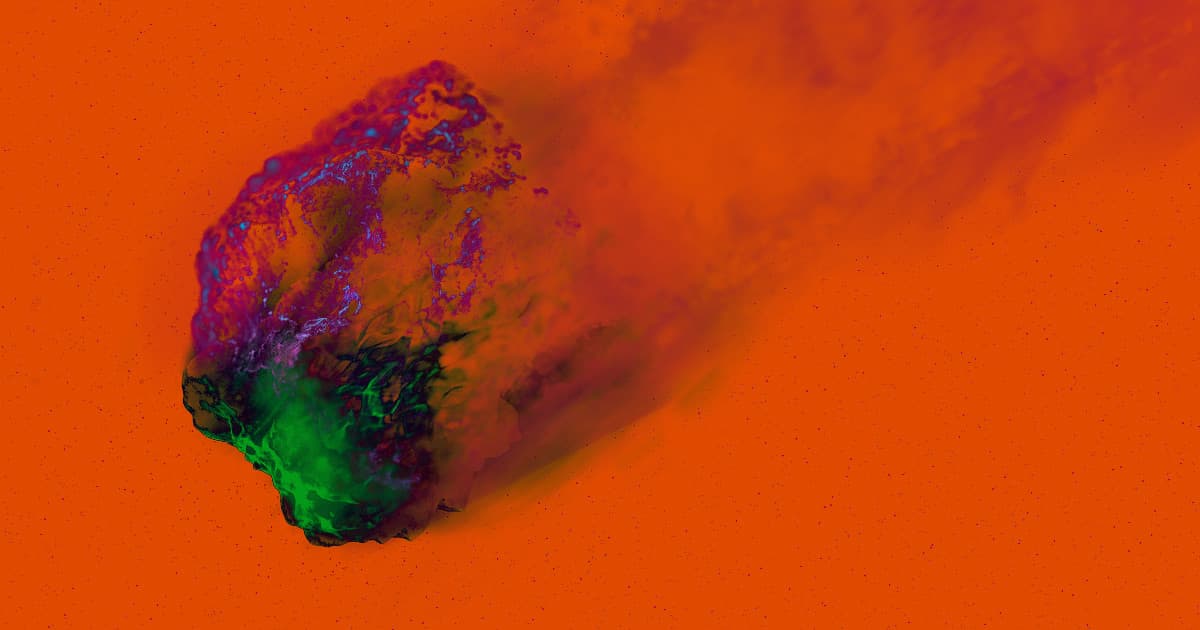 A team of researchers at Leiden University in the Netherlands have developed a neural network called "Hazardous Object Identifier" that they say can predict if an asteroid is on a collision course with Earth.

Their new AI singled out 11 asteroids that were not previously classified by NASA as hazardous, and which were larger than 100 meters in diameter — big enough to explode with the force of hundreds of nuclear weapons if they impacted Earth, potentially leveling entire cities. They also focused on space rocks that could come within 4.7 million miles of Earth, as detailed in a paper published in the journal Astronomy & Astrophysics earlier this month.

None are an imminent threat, however: not only are their chances of ever hitting Earth astronomically slim, but they are making their flyby between the years 2131 and 2923 — hundreds of years from now.

Using a supercomputer, the researchers fast-forwarded through a simulation of 10,000 years of orbital movements of the Solar System's planets. The team then reversed the simulation, simulating future Earth-impacting asteroids by flinging them away from Earth and tracking their exact locations and orbits.

"If you rewind the clock, you will see the well-known asteroids land again on earth," said co-author and astronomer Simon Portegies Zwart from Leiden University in a statement. "This way you can make a library of the orbits of asteroids that landed on earth."

This simulation served as the training ground for their neural network, which then looked for patterns in the data common among the simulated asteroids that might eventually hit Earth.

To nail down whether their AI was actually good at spotting Earth-impacting asteroids in reality, the team tested it on known data of 2,000 asteroids listed by NASA. The neural network was 90.99 percent accurate in determining which ones were hazardous and which ones weren't.

The team is now working on making its neural network even more accurate.

"We now know that our method works, but we would certainly like to delve deeper in the research with a better neural network and with more input," Zwart said. "The tricky part is that small disruptions in the orbit calculations can lead to major changes in the conclusions."

Read This Next
Called Out
Twitch Streamer Tearfully Apologizes for Looking at Deepfaked Porn
Inside View
I Work for CNET’s Parent Company. Its AI-Generated Articles Disgust Me.
Deepfaked Neighbors
Trashy TV Prank Show Deepfakes Celebrities Into Jackass-Style Situations
I Have a Dream of Mass Layoffs
ChatGPT Shamelessly Writes Letter Announcing Layoffs While Promoting Execs and Quoting MLK
Bot My Fault
News Site Admits AI Journalist Plagiarized and Made Stuff Up, Announces Plans to Continue Publishing Its Work Anyway
More on Artificial Intelligence
Music for Robots ...
2:57 PM on the byte
Google's Powerful New AI Can Turn Text Into Music
Another One Bites...
Yesterday on the byte
OpenAI Reportingly Hiring "Army" of Devs to Train AI to Replace Entry-Level Coders
Realty Bites
Yesterday on the byte
Shameless Realtors Are Already Grinding Out Property Listings With ChatGPT
READ MORE STORIES ABOUT / Artificial Intelligence
Keep up.
Subscribe to our daily newsletter to keep in touch with the subjects shaping our future.
+Social+Newsletter
TopicsAbout UsContact Us
Copyright ©, Camden Media Inc All Rights Reserved. See our User Agreement, Privacy Policy and Data Use Policy. The material on this site may not be reproduced, distributed, transmitted, cached or otherwise used, except with prior written permission of Futurism. Articles may contain affiliate links which enable us to share in the revenue of any purchases made.
Fonts by Typekit and Monotype.