Air quality has hit "hazardous" levels in some parts of the country. 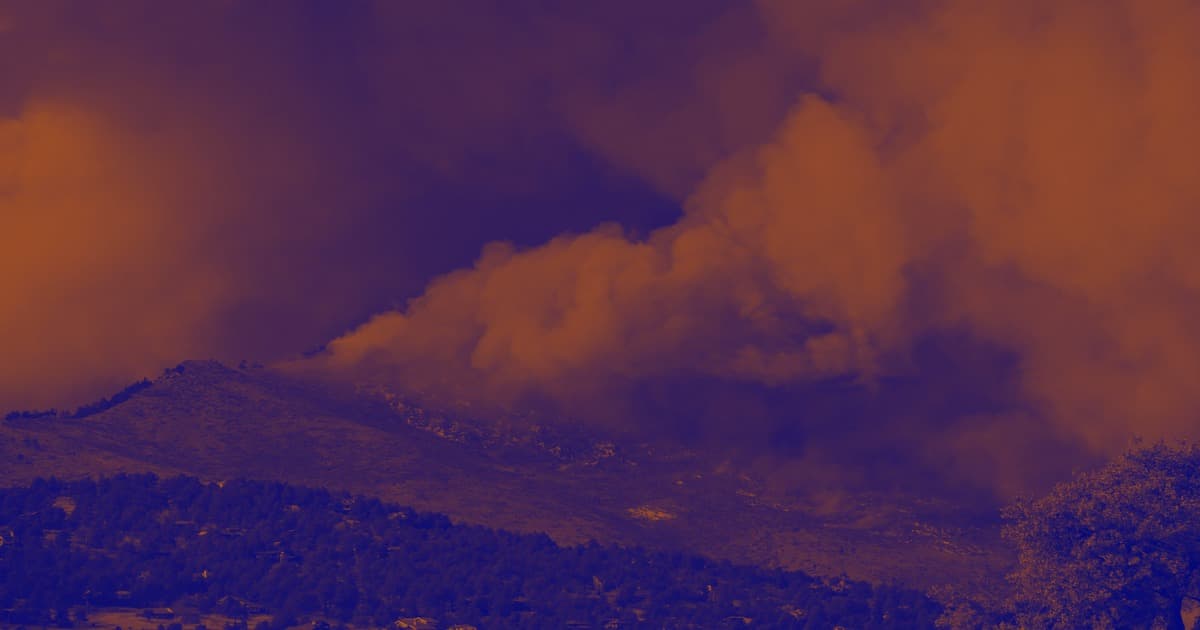 A new study has found that wildfires have exacerbated COVID-19 deaths and infections.

Harvard researchers have discovered a connection between exposure to wildfire smoke with roughly 20,000 infections and 750 deaths due to COVID-19, according to The New York Times. The researchers looked at exposure between March and December 2020, and discovered that smoke from both wildfires and cigarettes undermine immune systems — making them highly vulnerable to diseases such as the coronavirus.

That's because wildfires produce a small but highly dangerous type of particulate called PM 2.5. The chemicals in this smoke can cause damage to your lungs. When combined with COVID-19, it creates a deadly recipe.

"These results provide strong evidence that, in many counties, the high levels of PM 2.5 that occurred during the 2020 wildfires substantially exacerbated the health burden of Covid-19," the researchers wrote in their study published in Science Advances.

Researchers drew on satellite data from the National Oceanic and Atmospheric Administration. They compared the information with CDC data regarding coronavirus infections and deaths in the areas impacted by wildfires.

Unsurprisingly, the worst hit areas included the western US in states such as California and Washington, which both saw the largest wildfires in their respective states’' histories in 2020. The study found that exposure to smoke from the blazes resulted in increased asthma symptoms along with visits to emergency health departments.

The study is a damning and sobering look at the impact of manmade climate change — and it’s a problem that hasn’t gone away. In fact, some researchers believe that the highly contagious Delta variant and the wildfires that have raged throughout the US will result in 2021 being just as deadly a year as 2020, according to NYT.

The best solution: Get vaccinated if you haven’t already done so — and try not to listen to the boneheaded statements of celebrity children.

More on coronavirus: Pfizer and Moderna Hike the Price of COVID Vaccines