If You're Still Smoking Weed at 30, Scientists Have Bad News 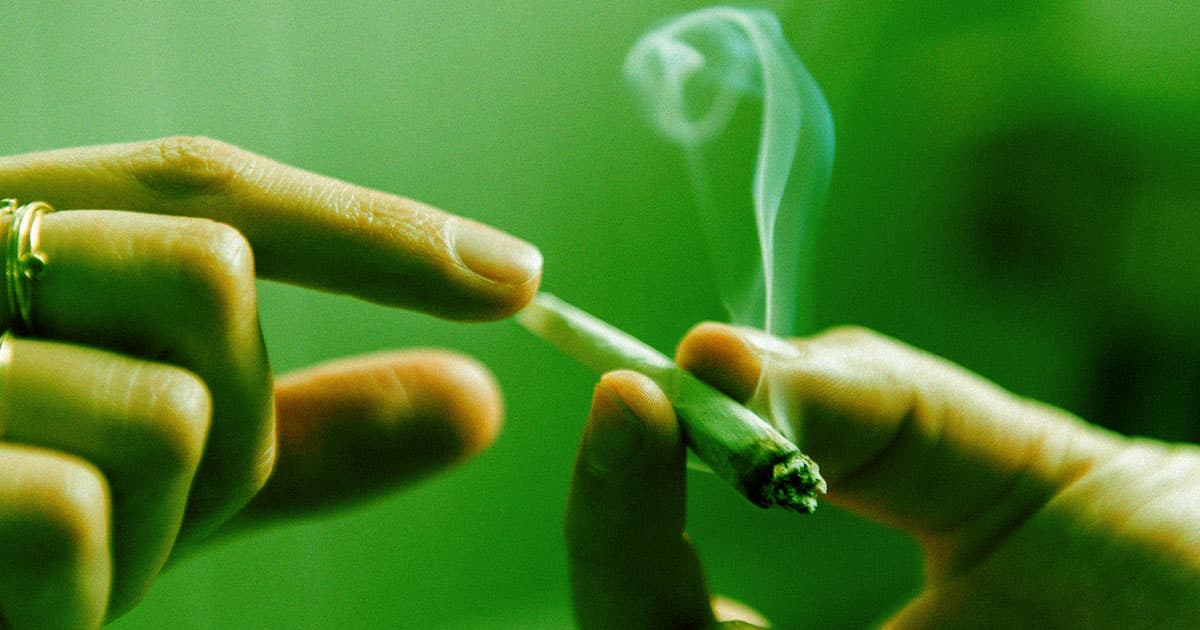 Scientists say that smoking weed in your youth isn't a big deal — but if you're still using it well into adulthood, your mileage may vary.

In a new study published in the journal Addiction Research & Theory, a team of researchers from the University of Queensland in Australia examined success outcomes for both cannabis and amphetamine users.

Using data from over 8,000 mothers and 2,000 children about drug use at ages 21 and 30, the team found that both substances were associated with lower success rates based on nine specific criteria, including education, income, home ownership, relationship status, and reported happiness, but only if they continued into adulthood.

For any offended stoners out there, the study does have likely shortcomings. For one thing, that dataset about mothers and children in Australia is strange and highly local — some of its data, fact, hearkens back to 1981 — and by no means guaranteed to represent a broader or more contemporary global population. For another, home ownership and relationship status aren't necessarily the strongest measures of success.

Another substantial issue that the researchers acknowledged is that the data didn't reflect whether the cannabis users in question were also dabbling in other drugs besides amphetamines, leaving a huge question of correlation hovering over the weed findings.

"We do not have adequate data on other illicit drugs that may be being used, for example, ecstasy, opiates and even synthetic drugs," the scientists wrote in the study. "A subset of those using cannabis as well as amphetamines may also be using a range of other drugs and it may be that our findings reflect polydrug use generally rather than the specific use of cannabis and amphetamines."

Still, the results are intriguing, at least as a jumping off point for further study. Basically, the researchers found, people who dabbled in drugs when they were younger tended to do well in life — as long as they sobered up before too long.

After 30, however, all bets were off.

"We found people who used cannabis and amphetamines at 30 had substantially lower levels of life success," Najman said in a press release.

In addition to the choppy data, it's worth remembering that cannabis can mess up your life in ways that aren't directly related to the drug at all. People who get caught with it can get enmeshed into the criminal justice system, for instance, kicking off a self-fulfilling spiral of poor outcomes. The new research, for its part, seems to circle around that point without quite grasping its implications.

"Antisocial behavior and contact with the criminal justice system are the strongest predictors of continued drug use, along with problems at school and aggressive or delinquent behavior early in life," Najman argued in the statement, adding that the findings "raise the possibility that targeted interventions for children who show early signs of antisocial behavior or poor school performance may reduce drug use and lead to improved life success."

It's worth noting, by the way, that Australia has been a notable exception to the broader global trend of cannabis legalization, which may well flavor both the data and conclusions of this particular study.

At the end of the day, we still don't fully understand the relationship between between marijuana use and social outcomes. In fact, some research has found that occasionally sparking up is associated with better quality of life.

That said, we all could benefit from reassessing our drug use from time to time — and to recognize that policy interventions don't make a drug any more or less damaging.

3.19.22 Mental Health
Poor AI Has To Suffer Listening to People Describing Their Drug Experiences
3.11.22 Mental Health
Tons of People Are Doing Meth on Zoom for Bleak Reasons
1.26.22 Studies
Bad News: Scientists Say Eating Too Many Edibles May Make Your Balls Shrivel Up
11.22.21 Devices
Wearable for Opioid Users Injects Narcan If You Overdose
8.28.21 Developments
California May Pay People With Addiction to Stay Sober