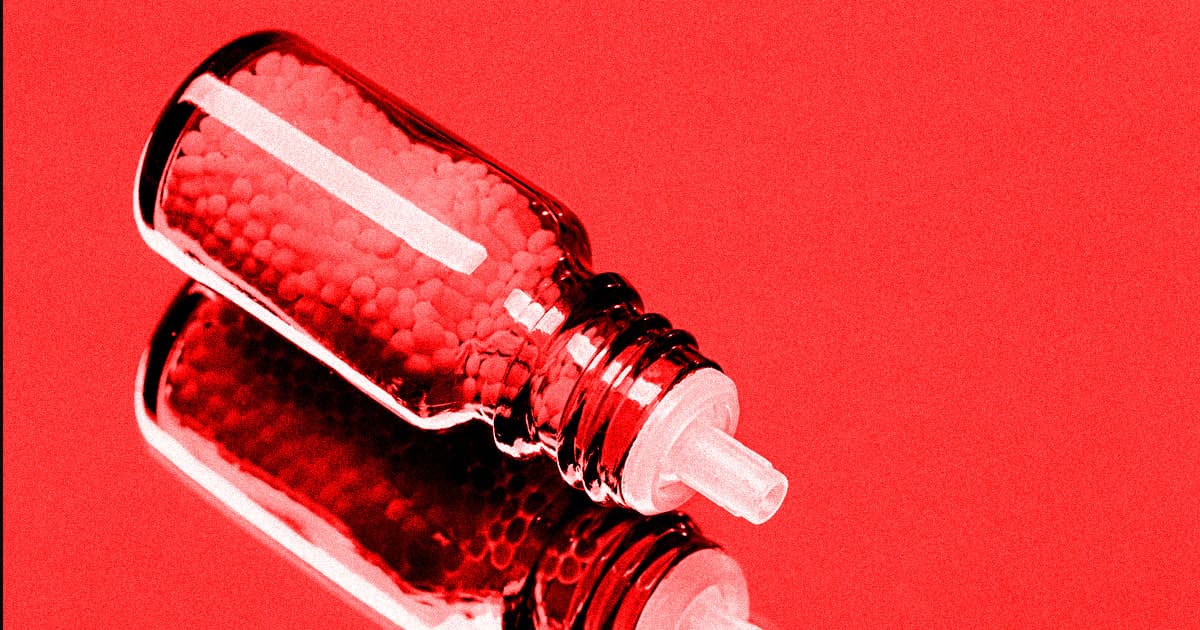 A federal court has revived a lawsuit against Walmart and CVS for allegedly passing off long-discredited homeopathic treatments as actual, proven medicine.

A three-judge panel in the District of Columbia's Superior Court is set to look into why the newly-revived suit, filed by an anti-pseudoscience nonprofit called the Center for Inquiry (CFI) and which charges the retail giants of misleading consumers into equating homeopathy and government-approved medicine. , was dismissed by a lower court

Last week, the DC Superior Court overturned a pair of rulings from lower courts which denied that the CFI had a plausible case  against the retailers when alleging that CVS and Walmart violated the district's Consumer Protection Procedures Act by using "marketing, labeling, and product placement" that "falsely present[s] homeopathic products as equivalent alternatives to science-based medicines."

Though the scientific and medical communities have by and large rejected homeopathy — which operates on the principle that "like cures like" and claims to administer tiny, water-soluble doses of illness-causing agents which can end up being so minute that they can't be detected at all — as pseudoscience, the US government, retailers, and much of the consumer public haven't been as quick to do so.

In its suit, CFI notes that it has regularly testified before and petitioned the Food and Drug Administration in hopes of convincing the agency to better regulate these purported natural treatments, and although the FDA did indeed begin to crack down some on homeopathy in late 2017, these products nonetheless are often found marketed online and in-store right next to the real thing.

In the case of Walmart, per the CFI suit, the homeopathic products that were placed in an allegedly-misleading way next to real over-the-counter medicine were a combination of store brands and outside brands, which presents another layer to the case as well.

As Reuters noted, the superior court's overruling of the lower courts also establishes an interesting precedent in which nonprofits like CFI have standing to sue under DC law in spite of the lower courts' judgement that it did not technically qualify as a nonprofit that is, as the law permits, "organized and operating, in whole or in part, for the purpose of promoting interests or rights of consumers."

It's worth noting that there certainly are natural remedies that appear to work at least on a placebo level — we're looking at you, chicken noodle soup stans — and the FDA has also been criticized for approving drugs that don't appear to work.

But the pseudoscience behind homeopathy — which includes, among other beliefs, that water can "remember" molecules as an effort to explain away it's the most uber-diluted snake oils sold by homeopaths — has been robustly refuted by a great variety of studies spanning many decades.

More pseudoscience: Hangover "Cures" Are Total Nonsense, According to Science