Hangover "Cures" Are Total Nonsense, According to Science

"The surest way of preventing hangover symptoms is to abstain from alcohol." 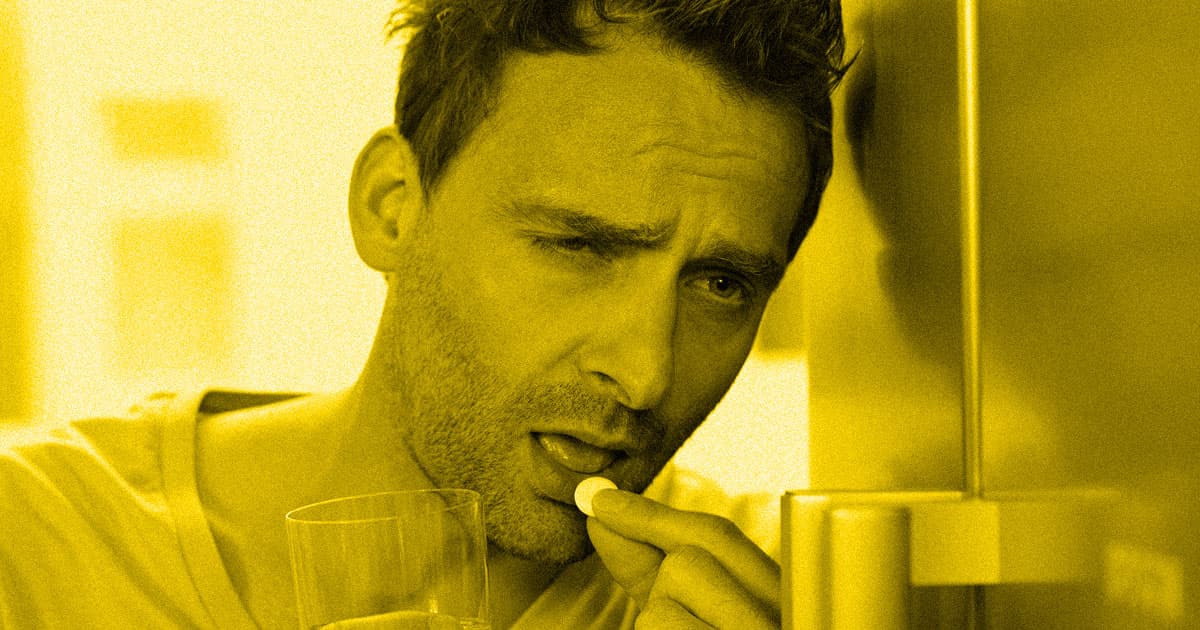 To no one's surprise, a new study has found that many purported hangover "cures" are pretty much worthless.

Published in the journal Addiction, the findings from researchers at King’s College London and the United Kingdom's National Institute for Health Research found that most of the "evidence" backing these purported cures are of "very low quality."

"Given the continuing speculation in the media as to which hangover remedies work or not, the question around the effectiveness of substances that claim to treat or prevent a hangover appears to be one with considerable public interest," said Emmert Roberts, a scientist at the National Institute for Health Research and the paper's lead author, in a press release. "Our study has found that evidence on these hangover remedies is of very low quality and there is a need to provide more rigorous assessment."

The British research team did a systemic analysis of 21 randomized, placebo-controlled trials meant to back these so-called hangover cures, which included Korean pear juice, clove extract, and red ginseng. They found a shocking lack of rigor among the trials, which included a complete lack of replication across all 21 experiments and many instances of imprecise measurements — and specifically an over-reliance on subjects' self-reported experiences after taking the "cures."

Another strange oversight was that of the 21 trials the researchers analyzed, eight of them only surveyed men, a press release about the study noted. Moreover, there was little standardization among them — the types of alcohol varied significantly, as did whether or not the alcohol or the hangover cures were taken with food.

While there's nothing funny about snake oil peddlers taking peoples' hard-earned money and selling them products that doesn't work, the researchers, at least, appear to have a sense of humor.

"For now," Roberts quipped, "the surest way of preventing hangover symptoms is to abstain from alcohol or drink in moderation."

Unfortunately, it does not appear as if these British researchers have looked into whether a hair of the dog — or just popping an Aspirin — might help.

More on booze: We Drank So Much During the Pandemic that Liver Transplants Spiked