Brave Volunteer Drinks "Dysentery Smoothie" to Give Himself "Life-Threatening Diarrhea" 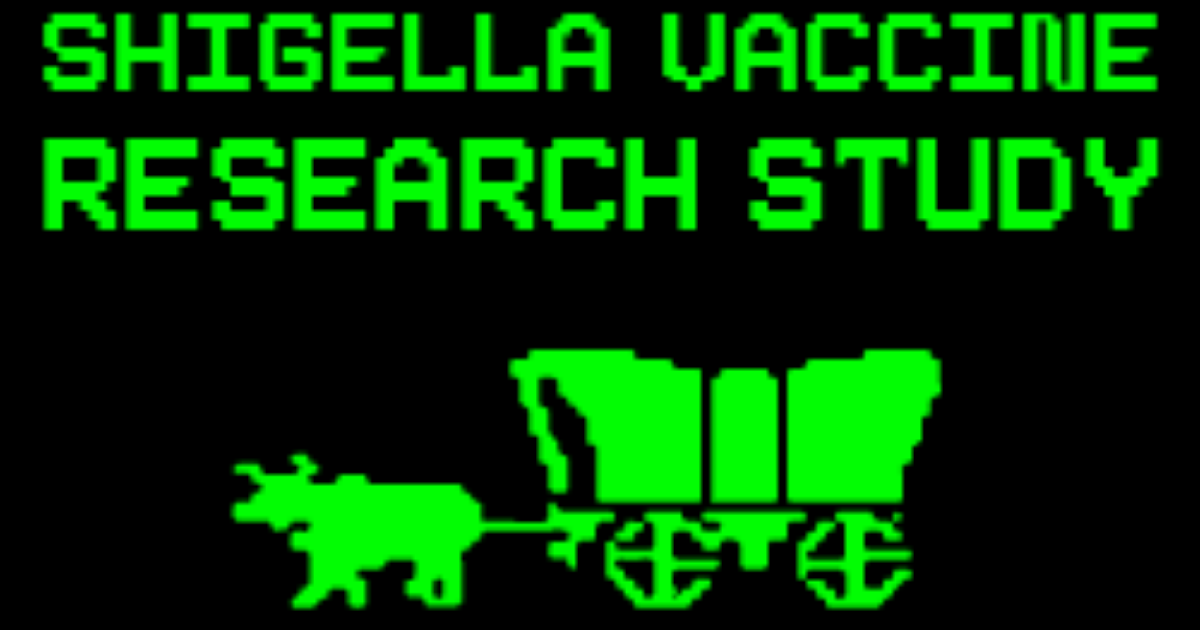 If all goes well, you won't have died of dysentery — unlike in the dysentery-loving Oregon Trail video game — because a brave volunteer took one for the team and tested out a vaccine for the bacteria that kills hundreds of thousands each year.

Jake Eberts drank about a shot glass' worth of shigella bacteria, which causes the excruciating illness, earlier in April. He spent more than a week at an inpatient facility where his health could be intensely monitored. Eberts was part of a group of 16 volunteers and tweeted the entire experience in stomach-churning detail.

Eberts told Business Insider the illness kicked off "the worst eight hours of my life," which means he may well have been in the control group who received a placebo vaccine and had no immunity that could offer protection against the shigella.

"I truly felt like I could not move," Eberts told BI the day before being dismissed from the trial. "Every movement in the bathroom, to get up to wash my hands or to grab a paper towel, I would lie back down on the ground and just sit there for five minutes."

"I don't want to make myself out to be Mother Teresa here — would not have done this for free. It's a big ask to ask someone to get dysentery," Eberts told the outlet. "The entire time, I was like, 'Wow, this is an awful disease.' And I just got really emotional, probably also because I was just delirious, about the thought of small children in the developing world dealing with this."

BI also reported that researchers are hoping the vaccine is at least 70 percent effective, and that it may move to larger human trials.

on a side note this is the ad that got me on Instagram. I appreciate a medical research team that doesn't take itself /too/ seriously pic.twitter.com/mGwDWIjbkE

Solving global disease is a big job to pull off. The team may finds themselves in need of more volunteers.

If so, the Oregon Trail-themed ad that sold Eberts on the project, pictured above, should hopefully resonate with enough people willing to put up with the worst diarrhea they'll ever have.

More on disease prevention: Alzhemier's May Be Caused By Cell Phones, Scientists Say

8.17.22 Studies
Doctors Say They've Figured Out How to Switch an Organ's Blood Type
"This research offers a glimmer of hope to over 1,000 people from minority ethnic groups who are waiting for a kidney."
By Maggie Harrison / Read More >>
8.16.22 Genetics
Cops Use Newborn Baby's DNA to Nail Dad for Crime from the 90s
Unsettling.
By Noor Al-Sibai / Read More >>
8.12.22 Neuroscience/Brain Science
Evidence Is Growing That LSD Improves Learning and Memory
"[Psychedelics] should be seen not just as medicine, but also as part of human life at large."
By Lonnie Lee Hood / Read More >>
Keep up.
Subscribe to our daily newsletter to keep in touch with the subjects shaping our future.
+Social+Newsletter
TopicsAbout UsContact Us
Copyright ©, Camden Media Inc All Rights Reserved. See our User Agreement, Privacy Policy and Data Use Policy. The material on this site may not be reproduced, distributed, transmitted, cached or otherwise used, except with prior written permission of Futurism. Fonts by Typekit and Monotype.