Vaping Is Absolutely Terrible for Your Heart, According to New Research

That's not what they used to say! 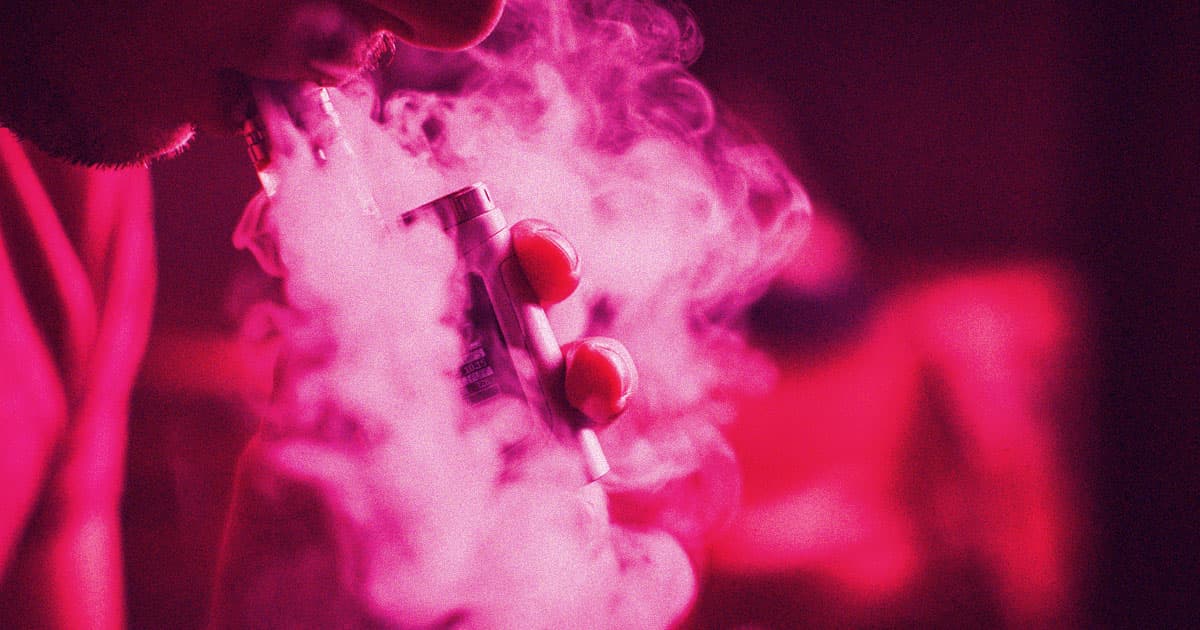 Remember back when vape bros — and the industry selling them juice and rigs — used to insist that e-cigarettes are way better for you than traditional cigarettes? As it turns out, they may have deeply underestimated the danger, particularly regarding cardiovascular health.

Both studies, one conducted on humans and the other on rats, found that the inhalation of foreign substances, rather than specific components of e-cigarette vapor or cigarette smoke, seemed to have adverse effects.

"Thousands of chemicals have been identified in tobacco smoke, some of which are also present in e-cigarette aerosols, either as an original ingredient or as a chemical reaction product of the heating process," Dr. Matthew L. Springer, a University of San Francisco cardiology researcher and professor who led both studies, said in a statement by the AHA. "We sought to find which specific component of smoke or e-cigarette vapor may be responsible for interfering with blood vessels’ ability to function efficiently."

In the rat-based study, Springer and his team exposed the rats to four types of traditional cigarette smoke and two types of gases and carbon nanoparticles associated with e-cigarettes. To their surprise, "the gases and carbon particles had similar impairment effects to whole tobacco smoke, despite representing completely different chemical and physical components of smoke."

In plain English: in spite of being made up of entirely different stuff, both e-cigarettes and traditional cigarettes appeared to do similar harm to blood vessels of rats.

The second study corroborates the finding by examining 120 adult humans and finding that both vaping and smoking appear to cause changes linked to heart disease.

Perhaps one of the biggest implications of the study, as its lead researcher noted in the AHA press release, is that it makes the job of regulating tobacco products more difficult. If taken into legal consideration, these findings indicate that it's the act of inhaling stuff, and not just specific ingredients within these products, that appears to be harmful.

"It’s important for regulators, clinicians and the public to realize that vaping is not harmless," Springer said. "Smoking and vaping can have similar harmful cardiovascular effects but each condition causes some potentially harmful effects that the other does not."

The AHA also insisted that using both products together could be unduly bad for one's health, so switching between them may be worse than doing either alone.