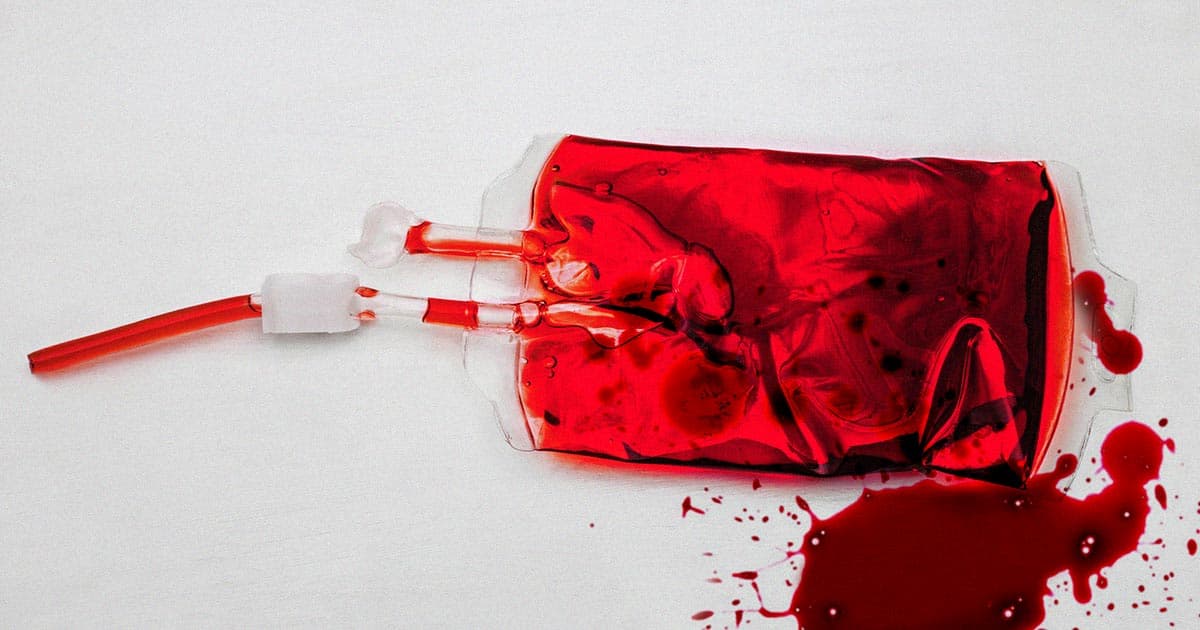 Acclaimed actor Megan Fox likes to dabble the Dark Arts by drinking her boyfriend rapper Colson "Machine Gun Kelly" Baker's blood every once in a while, a detail about their relationship that has led to countless tabloid headlines.

But partaking in somebody else's blood can actually be pretty dangerous, as leaders of real-life vampire groups warned TMZ this week, and should only be done under the supervision of professionals.

And that's only if you really can't resist the urge. Medical professionals say the practice is a big no-no and should be avoided at all costs.

The New Orleans Vampire Association cofounder Belfazaar Ashantison told the site that blood, for one, should be tested for blood-borne illnesses, adding that vampires like him get their blood checked regularly.

Father Sebastiaan, the founder of Endless Night Vampire Ball, an annual event taking place in New Orleans, also noted that blood should only be drawn by a medical official.

Ashantison and Sebastiaan  are part of a much bigger "real vampire" communities in New Orleans that "have largely kept to themselves, knowing enough about public perception to not want to attract prying eyes," according to a 2015 Washington Post profile.

It's unclear whether the pair also recommend against garlic and sunlight.

Medical professionals are even less keen on the practice.

For instance, drinking more than just a few drops of blood can also result in an iron overdose, meaning that it's technically toxic in high doses. Too much iron can cause liver damage, dehydration, and — ironically — low blood pressure, according to Live Science.

And that's without getting into Hepatitis B, C, and HIV, all of which can theoretically be contracted by ingesting infected blood.

"This is definitely not advised," Leo Nissola, an immunotherapy scientist and cancer researcher, told Salon. "There is absolutely no reason why you would want to be consuming human blood — especially given all the given all the diseases out there right now."

It can also "cause your stomach lining to decay, it can cause you to vomit," Nissola added. "It can cause bleeding at times, even bleeding itself, so you'd be losing blood that way."

In short, while ingesting a couple of drops from your exclusive partner who has had their blood screened for diseases might possibly not be the worst thing in the world, chugging quarts of a stranger's blood is far less advisable.