In virology, everything is always changing. 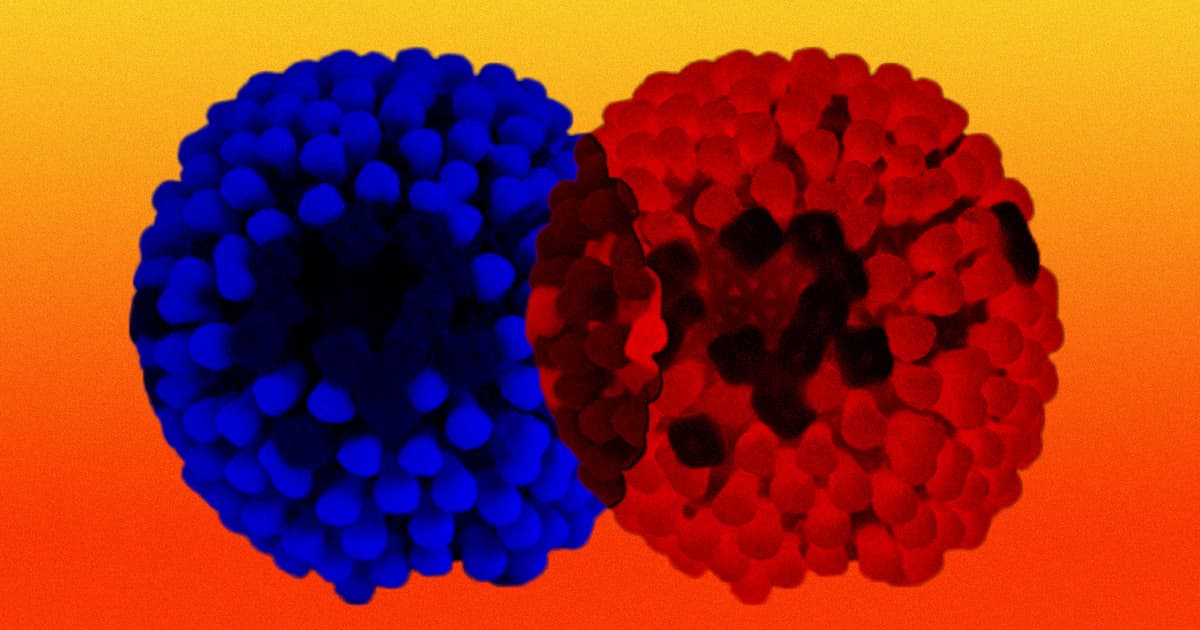 Bette Korber, a researcher at the Los Alamos National Laboratory in New Mexico, has discovered what he characterizes as "pretty clear" evidence of a heavily mutated hybrid version of the coronavirus that resulted from two variants combining their genomes.

The "heavily mutated" hybrid version, New Scientist reports, resulted from genomes of the B117 variant, a highly transmissible version that originated in the UK, combining with a mutation first discovered in California called B1429.

If confirmed, the strain could be the first hybrid — otherwise known as a "recombinant" — of the SARS-CoV-2 virus to have been discovered during this pandemic.

Recombinants are actually quite common among other coronaviruses due to enzymes jumping back and forth between them and combining various elements of each genome, thereby creating hybrids, New Scientist explains.

In fact, scientists believe the SARS-CoV-2 virus may have originated from an initial recombination of existing viruses, according to the magazine.

It's unclear if the newly discovered hybrid is any more dangerous to humans than other variants. There is, however, also a chance that further recombinations could pose more of a threat in the future.

While Korber couldn't rule out that the new hybrid can be transmitted from human to human, there is still no evidence that it has that ability.

So what could be causing this emergence of recombinations? With a sufficient number of COVID-19 cases, there's a higher chance of individuals being infected with more than one variant of the virus, a process known as co-infection, leading to various genomes merging.

Big picture, it's the latest sign that the pandemic continues to evolve, both literally and figuratively — and that nothing should surprise us going forward.