Twins Born From Donated Embryos That Were Frozen in 1992

"It doesn’t seem like a sperm or an egg or embryo stored in liquid nitrogen ever experiences time." 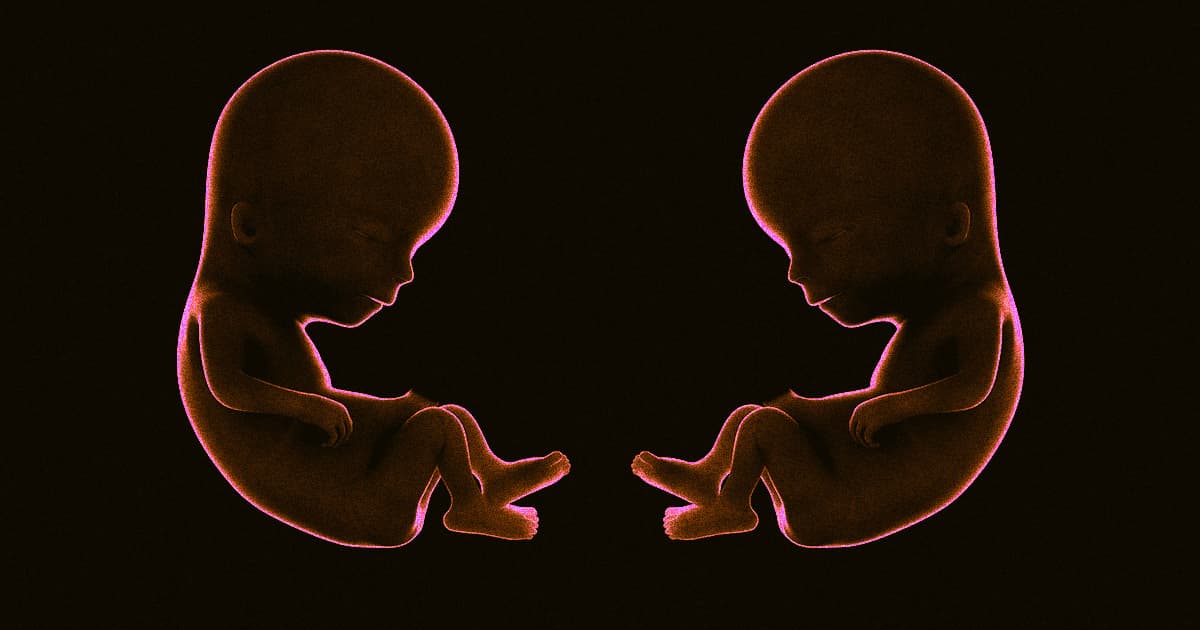 On Halloween, a couple in Portland welcomed their twin son and daughter — born from donated embryos that were frozen 30 years ago, in 1992.

As CNN reports, Portland, Oregon couple Rachel and Phillip Ridgeway had two "good-sized babies" from the embryos that broke the known record for oldest embryos resulting in births — and their minds are blown by the entire process.

"There is something mind-boggling about it," Philip Ridgeway told CNN of his twins, Lydia and Timothy. "I was 5 years old when God gave life to Lydia and Timothy, and he’s been preserving that life ever since."

Though they're the latest addition to the couple's now-six-children brood, the twins' father added that"in a sense, they’re our oldest children, even though they’re our smallest children."

As the report notes, the embryos were initially created for in-vitro fertilization (IVF) for a married couple with a husband in his early 50s via a 34-year-old egg donor, and were frozen in April 1992.

After languishing on the West Coast in liquid nitrogen tanks set to negative 200 degrees Fahrenheit until 2007, the couple who initially created the embryos for IVF donated their extras to the National Embryo Donation Center (NEDC) in Knoxville, Tennessee, which is where the Ridgeways got them from.

While it seems outlandish that embryos containing the potential for life can remain viable after decades, it's not unheard of. Before the Ridgeways had their twins, Ben and Tina Gibson had their daughters Emma and Molly in 2017 and 2020, using embryos also frozen in 1992.

"If you’re frozen at nearly 200 degrees below zero, I mean, the biological processes essentially slow down to almost nothing," Dr. John Gordon, the Ridgeways' doctor, told CNN. "And so perhaps the difference between being frozen for a week, a month, a year, a decade, two decades, it doesn’t really matter."

"It doesn’t seem like a sperm or an egg or embryo stored in liquid nitrogen ever experiences time," Dr. Toner told CNN. "It’s like that Rip Van Winkle thing. It just wakes up 30 years later, and it never knew it was asleep."