"Our findings serve as a canary in a coal mine." 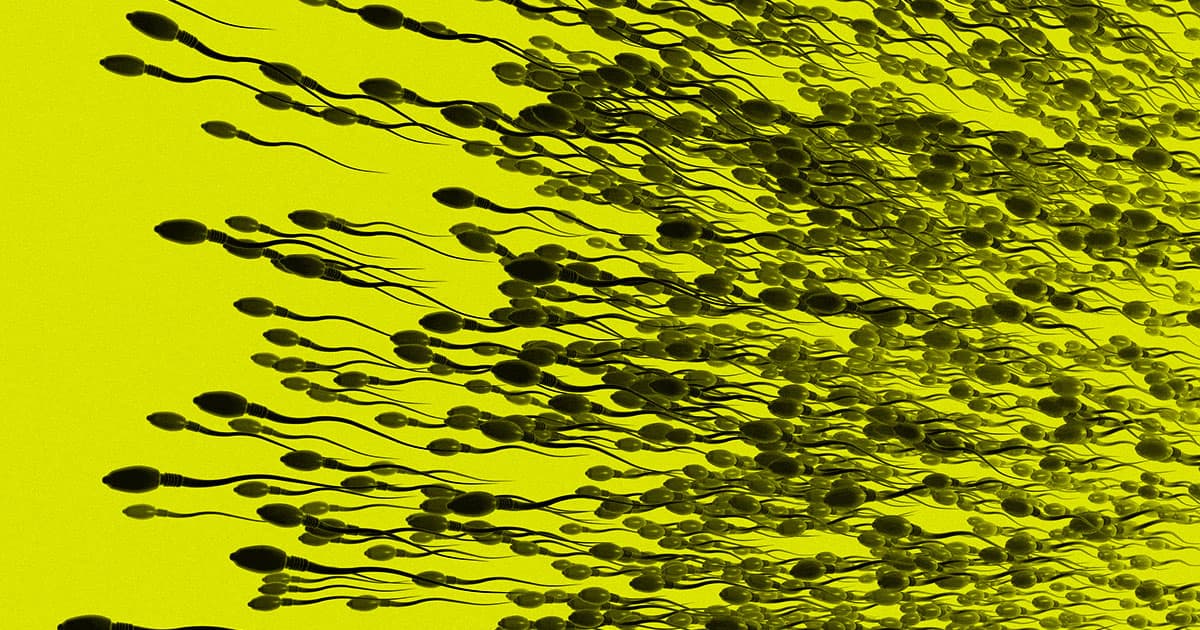 Sperm counts appear to be declining all over the planet— and some scientists think it could be yet another mortal threat to our survival as a species.

A new meta-analysis published in the journal Human Reproduction Update looked at more than 250 previous studies conducted across the world to piece together a portrait of global sperm counts over the last 50 years, and their findings are pretty grim.

As the researchers found by looking at data from 1973 until 2018, sperm counts dropped by around 1.2 percent per year until 2000, when they began dropping even faster at about 2.6 percent per year.

Led by Professor Hagai Levine from the Hebrew University of Jerusalem’s Hadassah Braun School of Public Health, the meta-analysis is an update to research the same team did in 2017, and focuses more on men in Central and South America, Asia, and Africa, where databases are not as robust as they are elsewhere.

"In the US, due to availability of good data, we have the highest certainty that there is a strong and sustainable decline," Levine told USA Today, "but it's similar globally."

Beyond just being jarring with regards to fertility, declines in sperm count can be an indicator of health issues as well — and that topic makes the analysis all the more troubling.

Nevertheless, some doctors are urging caution when consuming this data, which, like all meta-analyses, is meant to paint an overall picture rather than be focused on individuals.

"We don't understand why we're seeing this pattern, so I think it's hard to be alarmist for an individual," Dr. Michael Eisenberg, a Stanford urologist focused on male fertility and sexual function who was not involved in the study, told USA Today. "But at a policy level, this should be a wake-up call to try and understand."

"Our findings serve as a canary in a coal mine," Levine said in a statement. "We have a serious problem on our hands that, if not mitigated, could threaten mankind’s survival."

"We urgently call for global action to promoted healthier environments for all species and reduce exposures and behaviors that threaten our reproductive health," he added.

With the number of existential threats facing humanity, and a world where food insecurity and overconsumption and resource-hoarding makes life very difficult for a majority of the people on this planet, the concept of declining sperm counts — or birth rates — may seem lower-priority than, say, climate degradation or nuclear armament.

Still, they could be indicators of larger issues — and until we understand better, it'll be hard to grapple with the risk.

More fertility: China Plans to Send Monkeys to Space Station to Have Sex With Each Other

11.29.22
Former CEO Sues Company That Fired Him for Microdosing LSD in an Investor Meeting
Would you be comfortable with your CEO taking acid on the job?
By Noor Al-Sibai / Read More >>
11.28.22 Developments
Scientists Gene Hack Random Plant to Grow Cocaine
Party plant!
By Maggie Harrison / Read More >>
11.22.22 Neuroscience/Brain Science
Paralyzed People Successfully Test Brain-Controlled Electric Wheelchairs
"If we train people sufficiently long, they can achieve a certain level of control of a sophisticated device like these brain-controlled wheelchairs."
By Frank Landymore / Read More >>
Keep up.
Subscribe to our daily newsletter to keep in touch with the subjects shaping our future.
+Social+Newsletter
TopicsAbout UsContact Us
Copyright ©, Camden Media Inc All Rights Reserved. See our User Agreement, Privacy Policy and Data Use Policy. The material on this site may not be reproduced, distributed, transmitted, cached or otherwise used, except with prior written permission of Futurism. Articles may contain affiliate links which enable us to share in the revenue of any purchases made.
Fonts by Typekit and Monotype.