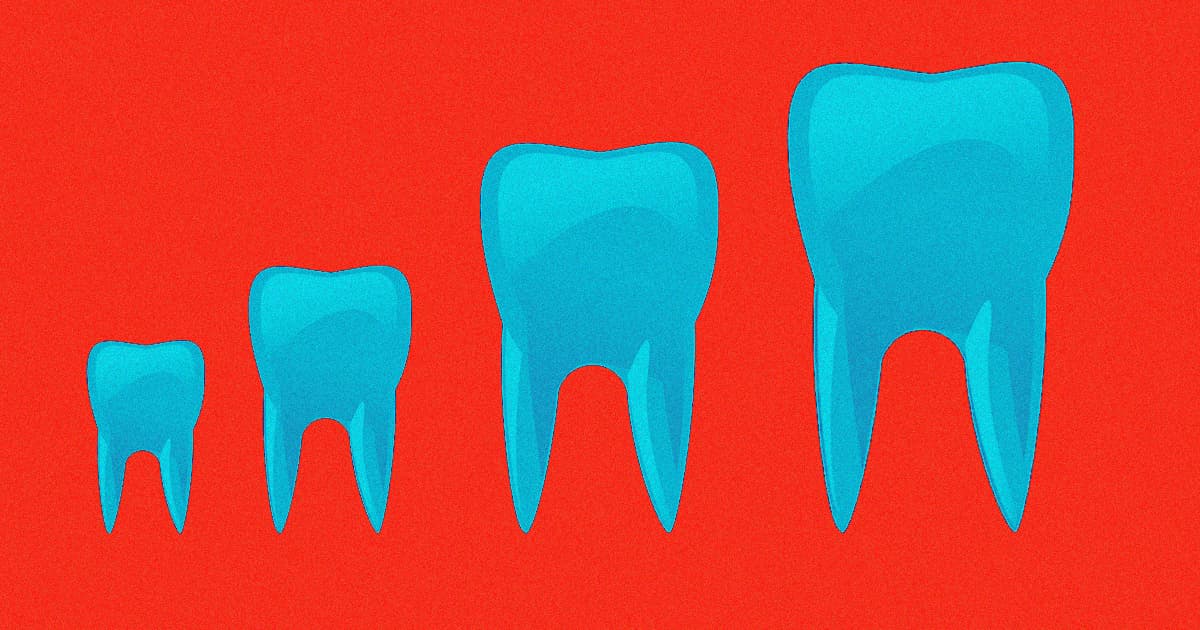 A new experimental treatment could someday give people a way to grow missing teeth, if early research on lab animals holds up.

Scientists at Japan's Kyoto University and the University of Fukui developed a monoclonal antibody treatment that seems to trigger the body to grow new teeth, according to research published last month in the journal Science Advances. If upcoming experiments continue to work, it could eventually give us a way to regrow teeth lost in adulthood or those that were missing since childhood due to congenital conditions.

It's a tricky challenge. The genes that influence tooth growth have far-reaching impacts on development throughout the body, and some of the first iterations of the treatment actually caused more birth defects in the lab mice before the research team got all the kinks ironed out, according to a press release on the study.

But eventually the team found that blocking a gene called USAG-1 led to increased activity of Bone Morphogenic Protein (BMP), a molecule that determines how many teeth will grow in the first place, and allowed adult mice to regrow any that they were missing.

The experiment also worked on ferrets, which the researchers say is important because their teeth are far more humanlike than mouse teeth are.

"Ferrets are diphyodont animals with similar dental patterns to humans," Kyoto researcher and lead study author Katsu Takahashi said in the press release. "Our next plan is to test the antibodies on other animals such as pigs and dogs."

There's still a long way to go before they reach human trials, but continued success in those upcoming trials would be a promising sign for the future of a clinical treatment that lets us naturally regrow our missing teeth.

More on teeth: Scientists Figured Out How To Regrow Teeth