Turn cancer cells into a tasty treat for your immune system. 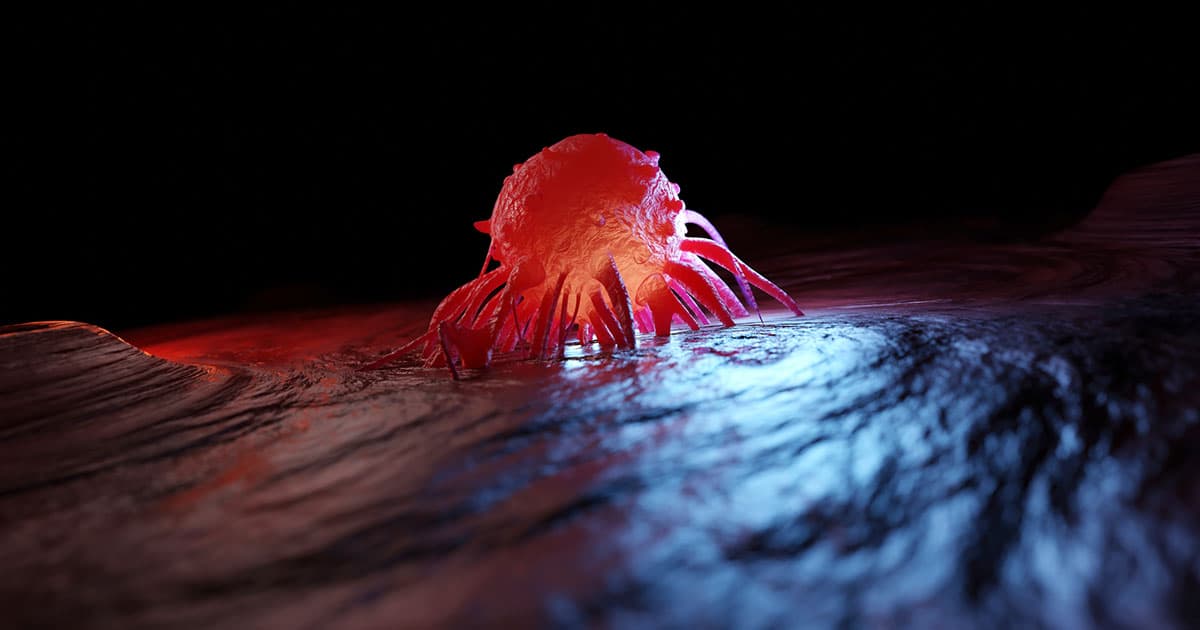 If our immune system could easily detect cancer cells, it could supercharge new treatments for the disease. What if a drug could cause cancer cells to reveal themselves to the immune system, which could then target and kill them?

That's essentially the approach that a burgeoning form of cancer treatment — yet to be tested in humans — is adopting, as described in a new study published in the peer-reviewed publication Cancer Cell on Monday.

In a nutshell, the treatment works by drawing a protein of the cancer causing KRAS gene, which is believed to be responsible for a full quarter of all tumors, to the cancer cell’s surface. From there, the treatment turns the now-surfaced protein into a giant "eat me" signal to the body’s immune system, in the words of the study's press release.

"The immune system already has the potential to recognize mutated KRAS, but it usually can’t find it very well," said study co-author Kevin Shokat, a UCSF chemist, in the release. "When we put this marker on the protein, it becomes much easier for the immune system."

It sounds like a simple and logical premise, but it’s one that doctors have struggled to put into practice.

The problem is that it’s very hard for drugs to bind to a mutated, cancer-causing KRAS protein’s surface — and that’s assuming you can even reach the protein, because most of them reside inside the cell, where it avoids detection from the body’s immune system.

Thanks, in part, to Shokat’s research into KRAS over the years, scientists have been able to develop drugs, such as sotorasib (aka Lumakras), that help block KRAS’s tumor-growing effects. But to really weed out and kill KRAS cells, the researchers turned to another drug: ARS1620.

In the Cancer Cell study, the researchers found that ARS1620 not only bound to KRAS proteins and blocked their tumorous effects, but also drew them to the cell’s surface. Better yet, when bound together, the drug-KRAS complex they formed alerted the body’s immune system to come get rid of the cell they're located on.

"This mutated protein is usually flying under the radar because it’s so similar to the healthy protein," said Charles Craik, one of the study's authors and a professor of pharmaceutical chemistry at UCSF, in the same release. "But when you attach this drug to it, it gets spotted right away."

From there, the researchers say they were able to develop a new form of immunotherapy that incites the immune system to recognize and target cancerous KRAS that are bound to ARS1620. The study even found that the treatment works on KRAS cells that were already resistant to the drug.

It’s a promising development, but a lot more work needs to be done before the treatment graduates to human testing. Still, Craik remains optimistic.

"This is a platform technology," said Craik. "We’d like to go after other targets that might also move molecules to the cell surface and make them amenable to immunotherapy."

More on cancer: Young People Are Getting Way More Cancer Than Old People Did

10.20.22 Cancer
Doctors Test Brain Implant That Destroys Tumors
10.17.22 Cancer
Vaccine Makers Predict We Will Have Cancer Cure "Before 2030"
10.14.22 Studies
Gut Doctors Unhappy About Study Claiming Colonoscopies Might Not Be Necessary
9.25.22 Cancer
Virus Modified to Kill Cancer Cells Appears to Have Saved a Patient's Life
9.11.22 Cancer
Young People Are Getting Way More Cancer Than Old People Did