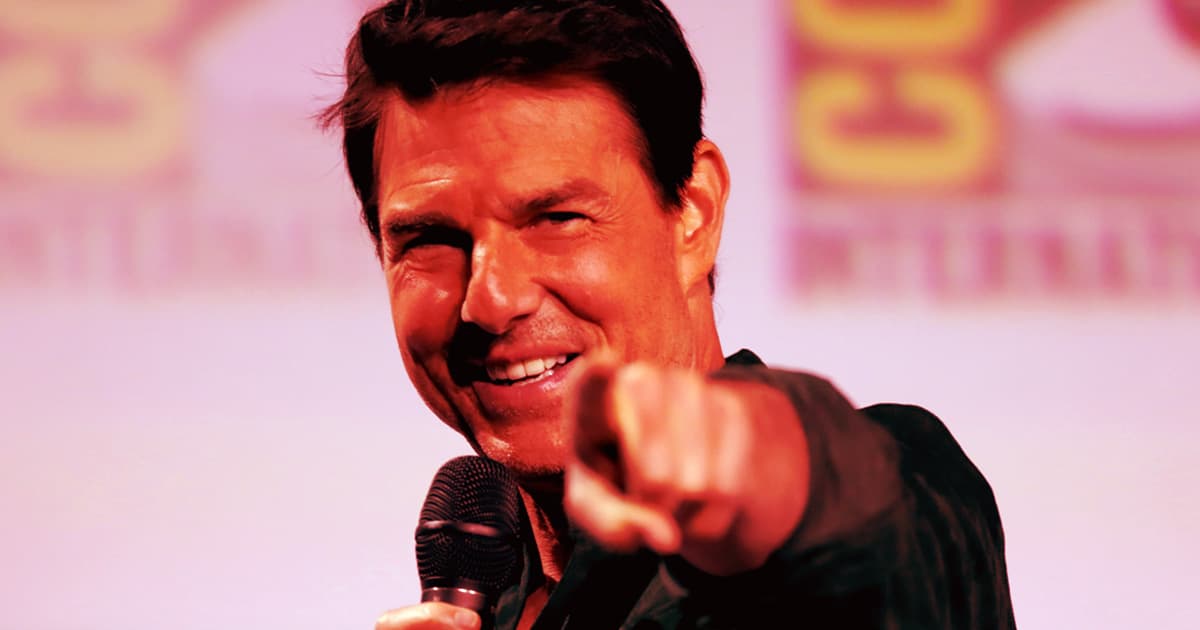 Superstar Tom Cruise has had enough of crew members breaking COVID-19 guidelines on the set for the upcoming blockbuster "Mission: Impossible 7."

In a video obtained by UK tabloid The Sun, Cruise can be heard excoriating the film's crew for failing to maintain a safe distance distance.

"If I see you do it again you’re fucking gone," Cruise can be heard saying in the leaked recording.

"We are the gold standard," he continued. "They’re back there in Hollywood making movies right now because of us. Because they believe in us and what we’re doing. I’m on the phone with every fucking studio at night, insurance companies, producers and they’re looking at us and using us to make their movies."

"We are creating thousands of jobs, you motherfuckers," Cruise said. "I don’t ever want to see it again. Ever! And if you don't do it, you're fired!"

It's an oddly cathartic moment, bookending a particularly stressful end to a godforsaken year.

The situation is dire and COVID cases are through the roof. Earlier this month, the daily number of deaths resulting from the deadly virus in the US outpaced the number of people killed during the 9/11 attacks in 2001.

The UK, where the filming was taking place, isn't faring much better, with cases still rising exponentially in parts of the country.

It's a grim predicament that leaves zero room for error — and that goes for crew members on a Hollywood movie set as well.

Cruise's rant — it's not his first, either — must have sucked the air out of the room. But there's a reason health officials are practically begging people to wear masks and socially distance: we know that it works.

Likely adding to Cruise's frustration is the fact that 12 people on set tested positive for COVID back in October when the "Mission: Impossible" sequel was filming in Italy. Production had to be delayed as a result, Variety reports.

But Cruise shouldn't be celebrated as a champion of good health and best practices, either. Do we really have to be filming Hollywood blockbusters during a pandemic?

Sure, as Cruise argues, the crew members do have jobs — but what does it say about the industry, or society writ large, that is this what workers have to do to make ends meet?

It's also worth pointing out that Cruise is speaking from a position of substantial privilege. As we have seen with several White House staff members (and the President himself), wealth and power mean you have better treatment options if you catch COVID.

More on Cruise: Tom Cruise Partners With SpaceX to Film Movie in Space