"The claims of a protective effect must be viewed with extreme caution by both the general population as well as clinicians." 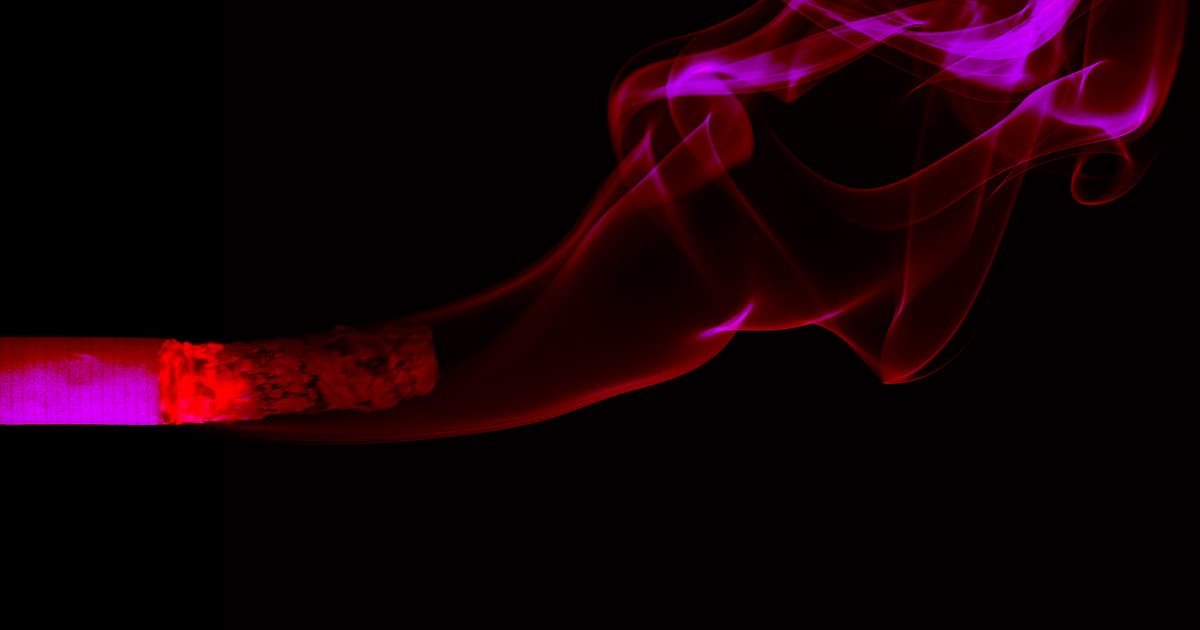 A controversial study published last year in the European Respiratory Journal claimed that "current smoking was not associated with adverse outcome" in COVID-19 patients.

It was a highly unusual conclusion, as COVID-19 primarily attacks the lungs, and — as the World Health Organization has pointed out — smoking impairs lung function, increasing the risk of respiratory infections, including coronaviruses.

But over half a year later, the medical journal has retract the paper, as The Guardian reports. The reasoning: some of the authors had financial ties to the tobacco industry.

A retraction issued by the European Respiratory Journal stated that "it was brought to the editors’ attention that two of the authors had failed to disclose potential conflicts of interest at the time of the manuscript’s submission."

Among the international team that penned the paper are several researchers who have direct ties to the tobacco industry.

"That is, one of the authors (José M. Mier) at the time had a current and ongoing role in providing consultancy to the tobacco industry on tobacco harm reduction," reads the retraction, "and another (Konstantinos Poulas) at the time was a principal investigator for the Greek NGO NOSMOKE... a science and innovation hub that has received funding from the Foundation for a Smoke Free World (an organization funded by the tobacco industry)."

NOSMOKE promotes pro e-cigarette research from the tobacco industry, as The Guardian points out.

The authors fired back, saying that a conflict of interest wasn't grounds for a full retraction.

The Respiratory Journal, however, wrote in its retraction notice that "the editors felt the decision was justified based on the nature of the undisclosed relationship, in the context of the sensitive subject matter presented, and on the need to align the published journal content with the bylaws of the publishing society."

One senior author, Konstantinos Farsalinos, told Retraction Watch that he found the retraction "unfair and unsubstantiated," after he proposed to "publicly release the full dataset" to be independently verified, but was reportedly turned down by the editors.

It's not the only paper of its kind. In fact, an April 2020 preprint also concluded that tobacco may help prevent smokers from catching COVID-19.

Researchers found that a far smaller proportion of smokers, as compared to the average number of smokers in France, experienced serious symptoms of COVID-19. A major neurobiologist told The Guardian at the time that nicotine may be stopping the coronavirus from entering cells.

But evidence of smoking actually protecting people from infection is dubious at best, according to experts.

"As of now, the data supporting smoker’s paradox claims are limited and questionable," read a review in the journal BMJ Evidence-Based Medicine.

"The claims of a protective effect must be viewed with extreme caution by both the general population as well as clinicians," the review read.

"In the context of smoking and COVID-19, poor data collection can lead to several erroneous conclusions," the journal writes. "If patients with missing smoking data are not eliminated from the total pool, smokers may be wrongly underrepresented."

The findings highlight just how difficult it can be to make sense of the flood of data about COVID. But without disclosing a conflict of interest —  particularly when it's undisclosed ties to the tobacco industry during a pandemic involving a respiratory illness — it's crucial to make sure the data isn't taken out of context.

More on COVID-19: Most-Vaccinated Country on Earth Has “Pretty Much Eradicated" COVID