And it's custom tailored to each individual. 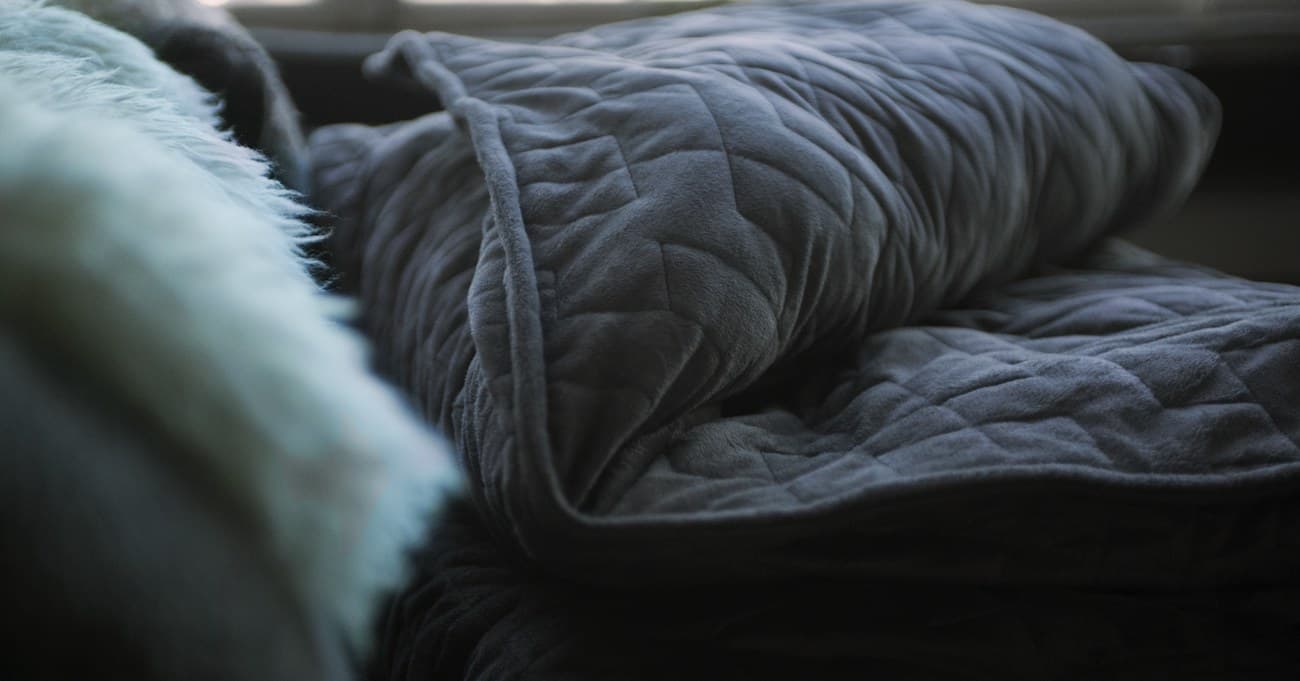 The Science of Sleep and Stress

Today, we are healing and augmenting the human body in ways that science fiction writers used to dream about. However, we still have a long way to go.

In the United States alone, roughly 10% of the population is affected by a sleep disorder, and a staggering 18% of the population lives with an anxiety disorder. More than 11 million people suffer from ADHD. And this is just the beginning of the problem.

Fortunately, there is a solution that you can use today while scientists continue to work on the cures of tomorrow.

It's called proprioceptive input (also known as "deep touch pressure stimulation"). It works by activating pressure points across your body. This relaxes the nervous system by increasing serotonin and melatonin levels while decreasing cortisol levels. In this respect, research into proprioceptive input shows that deep pressure stimulation produces a calming influence—one that decreases stress, improves sleep, and boosts mental health.

One of the most effective ways of getting this proprioceptive input? A weighted blanket.

Harnessing the Power of Gravity

For decades, weighted blankets have been used by individuals in the medical community in order to reduce stress and anxiety (and to assist individuals with ailments such as autism, MS, and PTSD). In fact, in an interview with Futurism, Amber Martin, an occupational therapist with a M.S. degree from Utica College, noted that deep pressure stimulation is the most effective method of assisting individuals in her therapy sessions.

She adds that deep pressure stimulation isn't useful in just therapy sessions. As Martin notes, "proprioceptive input is good for pretty much everyone and anyone. It can be very calming and organizing."

Ultimately, the weighted blankets use crafted poly pellets to target pressure points throughout your body that induce the release of serotonin, which assists with stress reduction and improves sleep and relaxation. The blankets can also be custom tailored to each individual, so you can select a blanket that is designed specifically for your body type.

You can learn more about the science behind proprioceptive input here and order a weighted blanket here.

Futurism only supports products that we use and love. The Gravity Blanket is one of those products.  A subsidiary of Futurism launched this product and Futurism collects a share of the sales from the items featured on this page.

7.10.17
Scientists Assert That Ultra-Heavy Blankets Actually Reduce Stress and Anxiety
5.04.17
We Need to Talk. Our Society Has an Issue With Anxiety and Mental Health.
5.03.17
The Science Behind Weighted Blankets As A Treatment For ADHD
1.31.23 Studies
Flirting With a VR Hottie Might Help People Avoid Cheating, Experiment Finds
1.30.23 Neuroscience/Brain Science
US Surgeon General Warns Against 13-Year-Old Using Social Media