"Government propaganda... for your 5 year old!" 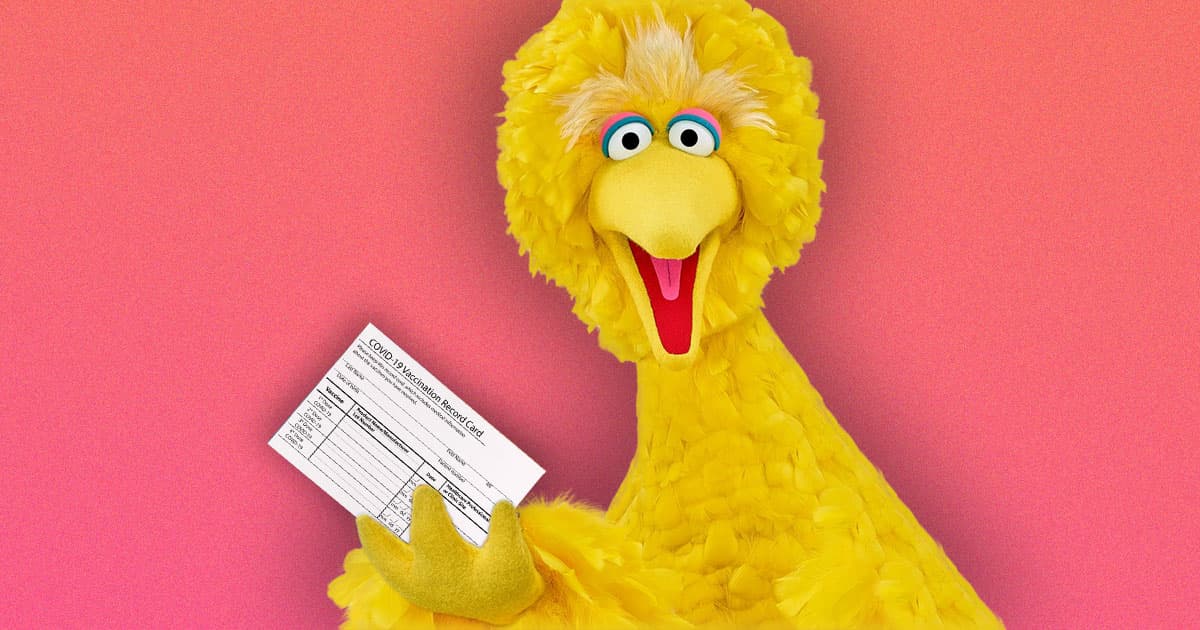 Texas Senator Ted Cruz is no stranger to taking Ls on Twitter, but he might have outdone himself this time, when he took aim at none other than Big Bird — yes, of "Sesame Street" fame — for promoting the COVID vaccine.

It all started when the beloved character sent out an anodyne tweet announcing that he had gotten the vaccine on Saturday, posting that his "wing is a little sore, but it’ll give my body an extra protective boost that keeps me and others healthy."

Apparently, a fictional children’s TV character promoting a proven vaccine was a step too far for Cruz, who sent out a tweet of his own in reply.

In a very well-adjusted move, Cruz went on to complain about the eight-foot-tall yellow bird puppet multiple times on Twitter over the weekend. He also wasn’t the only conservative to mad about it. Fox News commentator Lisa Boothe echoed his sentiments, saying that Big Bird’s tweet was brainwashing "children who are not at risk from COVID. Twisted."

It should be noted that this isn’t the first time that characters from the program have promoted vaccines. In fact, Big Bird took part in a segment on the show promoting vaccines in 1972.

Luckily, many people had Big Bird’s back — including another politician who hopes to see more neighborhoods outside of "Sesame Street" get vaccinated.

This all comes as the CDC and the FDA are approving the Pfizer-BioNTech COVID vaccine for children between five and 11 years old. The White House is now making a big push to promote vaccinations amongst children to help stem the spread of the pandemic.

More on COVID: More Cops Have Died from COVID-19 Than Guns Since Start of Pandemic