Synthesized Pufferfish Neurotoxin Could Be an Opioid Replacement

One fish has enough poison to kill 30 people. How many could it help heal? 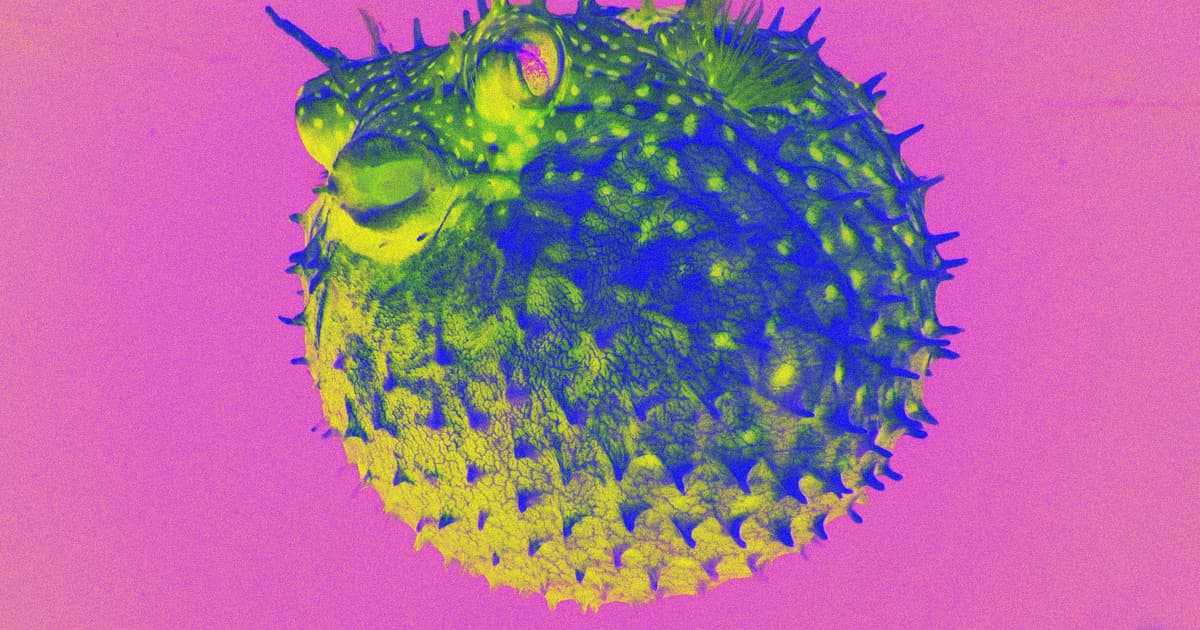 Many medicines that help keep us alive originated from toxic substances — even penicillin, a powerful antibiotic, is derived from penicillium mold, which can be a health hazard if ingested.

Take Fugu, a delicacy carefully prepared from pufferfish containing the deadly neurotoxin tetrodotoxin, which is considered one of the world’s 10 deadliest foods. Even a 1 mg dose, about the size of a pinhead, is enough to kill a person.

Yet ingesting the dish, if prepared safely by a skilled chef, incites a euphoric, tingling sensation. That’s because tetrodotoxin is a nerve toxin that blocks neurological impulses from being sent between cells — a property that doctors suspect means the substance could serve as a substitute for opioid painkillers.

While a tiny dose can induce a pleasing sensation, an overdose can result in paralysis and difficulty breathing. It’s similar in this sense to opioids, which affect the portion of the brain responsible for regulating breathing. Clinical trials have shown that, like opioids, tetrodotoxin could be used for pain management.

But better understanding it requires easier access to the toxic substance, which is why lead research Satoshi Yokoshima and team set out to recreate it.

Although the team had been able to recreate portions of tetrodotoxin in 2017, this is the first time they’ve been able to replicate the toxin’s complex, cage-like structure entirely. The development of their new process could be a major breakthrough in creating a simple, reliable way to artificially produce tetrodotoxin — and structurally similar substances — for further research and, eventually, large scale production.

MORE ON OPIOIDS: We Are One Step Closer to Designing Safer, Non-Addictive Opioids

Image by Image via Picrepo/Victor Tangermann