They can grow new bone from a patient's own cells. 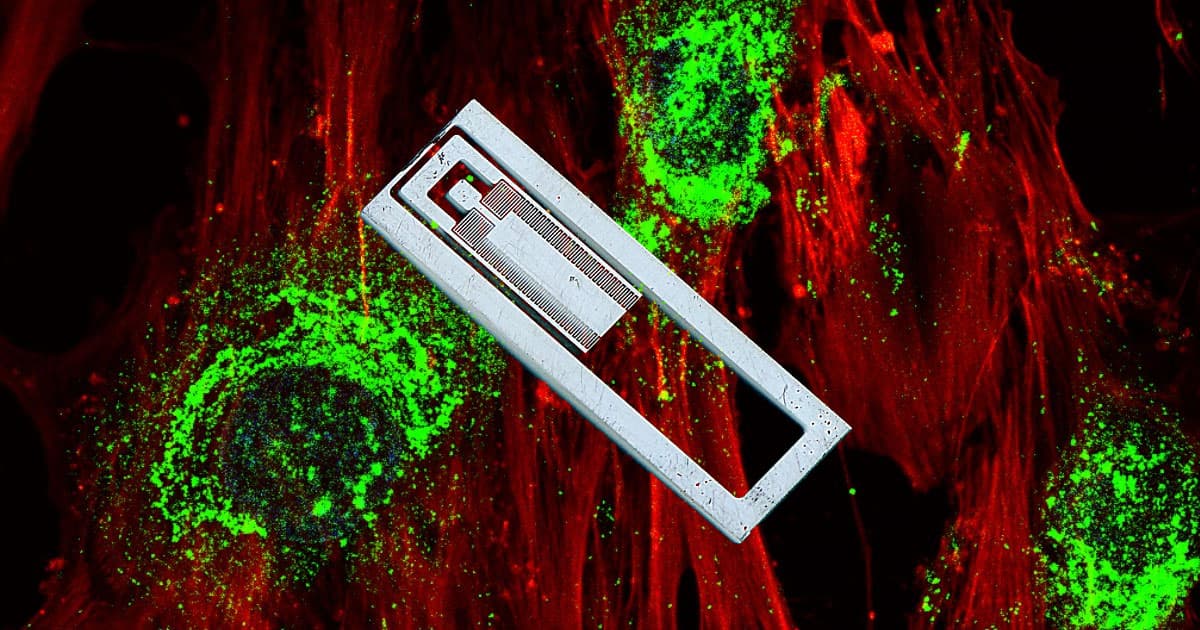 Scientists from the Royal Melbourne Institute of Technology in Australia have managed to regrow bone by firing high-frequency sound waves at stem cells, a potential breakthrough in regenerative medicine.

Best of all, they say, it's faster, more efficient, and cheaper than existing experimental methods of regrowing bone using stem cells extracted from bone marrow, an often painful and invasive process.

"The sound waves cut the treatment time usually required to get stem cells to begin to turn into bone cells by several days," said Amy Gelmi, RMIT research fellow and co-author of a paper about the research published in the journal Small, in a blurb about the research. "This method also doesn’t require any special ‘bone-inducing’ drugs and it’s very easy to apply to the stem cells."

"Our device is cheap and simple to use, so could easily be upscaled for treating large numbers of cells simultaneously — vital for effective tissue engineering," coauthor and MRIT professor Leslie Yeo said in the statement.

Once stem cells are coaxed into turning into bone cells, the idea is that they can be locally injected or even coated onto an implant to regrow or grow entirely new bone.

Instead of relying on difficult to source bone marrow stem cells, the technique can utilize other cells sampled from the patient's body, including fat tissue.

A small device developed by the researchers generates sound waves at frequencies over 10 megahertz, which is several orders of magnitude higher than the audible spectrum.

In an experiment, the researchers shot these sound waves at stem cells for ten minutes a day for just five days, significantly boosting the processes involved in them turning into bone.

"We can use the sound waves to apply just the right amount of pressure in the right places to the stem cells, to trigger the change process," Yeo explained.

The team still has one big hurdle to overcome: scaling up the platform significantly for medical use. But given the low costs, the researchers are hopeful the technology could eventually be turned into "practical bioreactors" to supercharge regenerative medicine.

More on stem cells: Scientist Predicts Humans Will Be Able to Regrow Limbs “Within Our Lifetime”