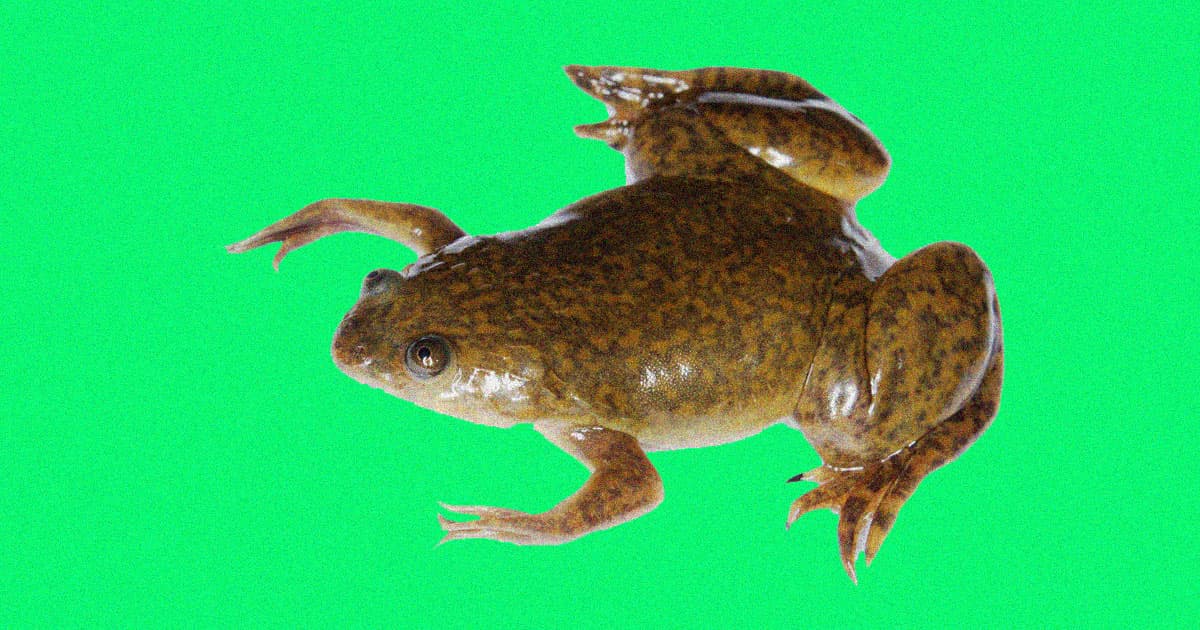 Frogs have regrown limbs from an experimental drug cocktail — and in the near-ish future, humans may be able to do so, too.

"The biomedical engineering aspect is actually making these new advancements to kind of understand and fix biology," Tufts researcher Nirosha Murugan, who worked on the project, told Business Insider. "And I think that integration is going to make this happen in our lifetime."

In that interview, Murugan explained that the drug cocktail applied to the frogs, which they applied via a wearable device to the stumps of the amputated limbs, was effective because it contains the same enzymes that are part of normal human development, such as growth hormones and anti-inflammatories.

A new study in the journal Science Advances details how, within 18 months, frogs treated with the drug cocktail regrew amputated limbs that were fully functional and allowed them to swim — albeit without webbing.

In a piece Murugan co-wrote with Tufts biomedical engineering professors Michael Levin and David Kaplan for The Conversation, the researchers pointed to the axolotl, an endangered aquatic amphibian that regrows limbs without scar tissue, as inspiration. For their experiment, they chose the African clawed frog because it, like humans, does not have the ability to regrow limbs naturally.

While these findings are exciting, other scientists aren't convinced.

"Provided I live another 45 years, which would make me 90, I don't think we will be able to regenerate an entire adult human limb," Ashley Seifert, the head of the University of Kentucky's regeneration lab, told Insider.

Seifert pointed to previous experiments — including a famous one from 1951 in which zoologist Marcus Singer partially regrew a frog limb through the rerouting of the sciatic nerve, and another in 2013 that had similar results to the Tufts study but was done through manipulation of stem cells — and called the latest findings a "marginal success."

"Will we one day be able to regenerate a human digit or even a limb? Probably, but how long we need to wait is impossible to predict," Seifert told Insider. "This and comparative studies will help us understand how and why regeneration fails in some contexts and succeeds in others."

Murugan's team, meanwhile, is moving on to studying the wearable drug cocktail, which they call the "BioDome," on mice — which Tufts researchers previously studied before perfecting the growth drug cocktail, but didn't succeed with.

Will we be able to regrow limbs or organs via a wearable device packed with synthetic version of our own growth hormones? It's too soon to tell, but these data, even if taken with a grain of salt, do seem promising.

READ MORE: Researchers are getting better at regenerating lab animals' limbs. They might regrow human body parts in your lifetime. [Business Insider]