"What's stressful is the unknowns and how this industry is operating behind a curtain all the time." 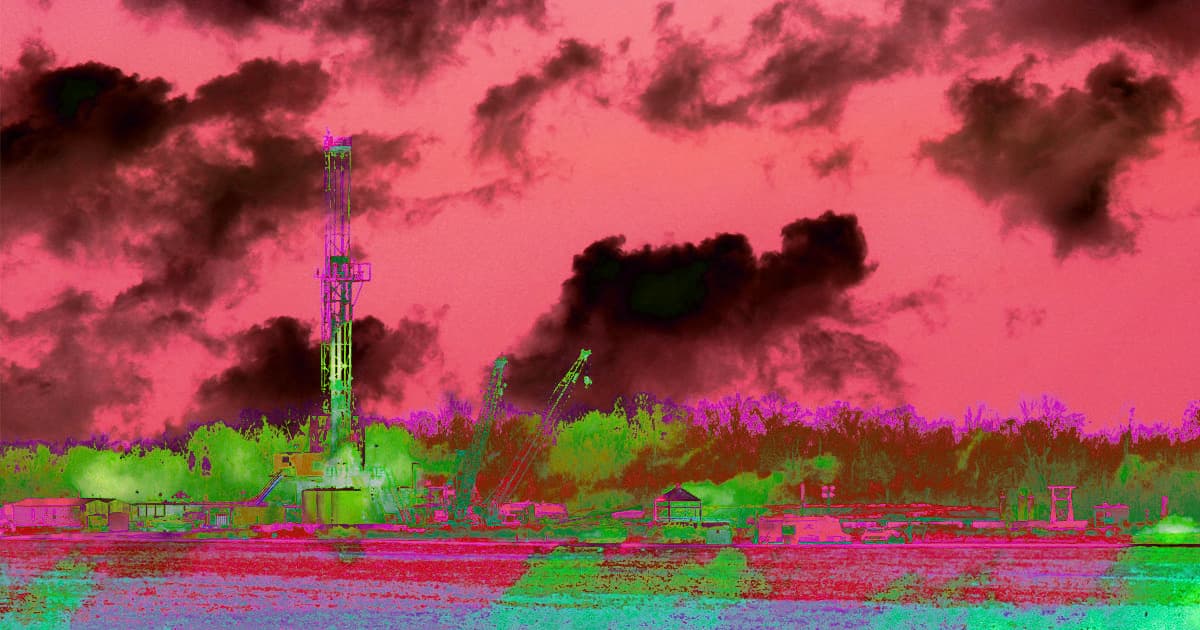 Fracking's devastating impact on our health and the planet, not to mention its contributions to climate change, are extremely well-documented. What's not as well understood, however, is how it impacts our mental health.

As it turns out, Colorado State University sociologist Stephanie Malin wrote in The Conversation, the answer is "quite a bit." As she describes it, the problem is two-fold: stress and other direct impacts caused by the increased noise in the area, and then a feeling of powerlessness to do anything about it.

Citing her own research in the journal Energy Research & Social Science, Malin argues that fracking leads to serious mental health issues throughout Colorado — and that those affected are being overlooked.

"What's stressful is the unknowns and how this industry is operating behind a curtain all the time," a teacher who lives near a fracking site told Malin. "When you don't know the chemicals they're pumping down. You don't know where they're getting the water. You don't know how much these tanks are leaking… To me, that is stressful, the not knowing."

Part of the problem, Malin wrote, is how these fracking projects are rolled out near people's homes. She describes community meetings that are basically hours-long oil company presentations with just a few minutes for hundreds of locals to voice their concerns — a process that doesn't exactly build trust.

To fix it, she calls on government officials to not only provide transparent fracking information to towns but to also give people more opportunities to actually speak up.

"We're lab rats right now," a retired city worker told Malin. "They're learning about it as they're going… We don't know what the impacts are going to be 20 years down the line."

2.02.23
Unfortunate Redditor Says They Had Diarrhea in a Sensory Deprivation Tank
"I woke up to an awful odor and demanded to be let out of the tank."
By Noor Al-Sibai / Read More >>
1.31.23 Studies
Flirting With a VR Hottie Might Help People Avoid Cheating, Experiment Finds
A human walks into a VR bar — stop me if you've heard this one before.
By Noor Al-Sibai / Read More >>
1.29.23 Treatments
"Superager" Genes Can Shave a Decade Off Heart Age, Scientists Say
"Our findings confirm the healthy mutant gene can reverse the decline of heart performance in older people."
By Noor Al-Sibai / Read More >>
Keep up.
Subscribe to our daily newsletter to keep in touch with the subjects shaping our future.
+Social+Newsletter
TopicsAbout UsContact Us
Copyright ©, Camden Media Inc All Rights Reserved. See our User Agreement, Privacy Policy and Data Use Policy. The material on this site may not be reproduced, distributed, transmitted, cached or otherwise used, except with prior written permission of Futurism. Articles may contain affiliate links which enable us to share in the revenue of any purchases made.
Fonts by Typekit and Monotype.