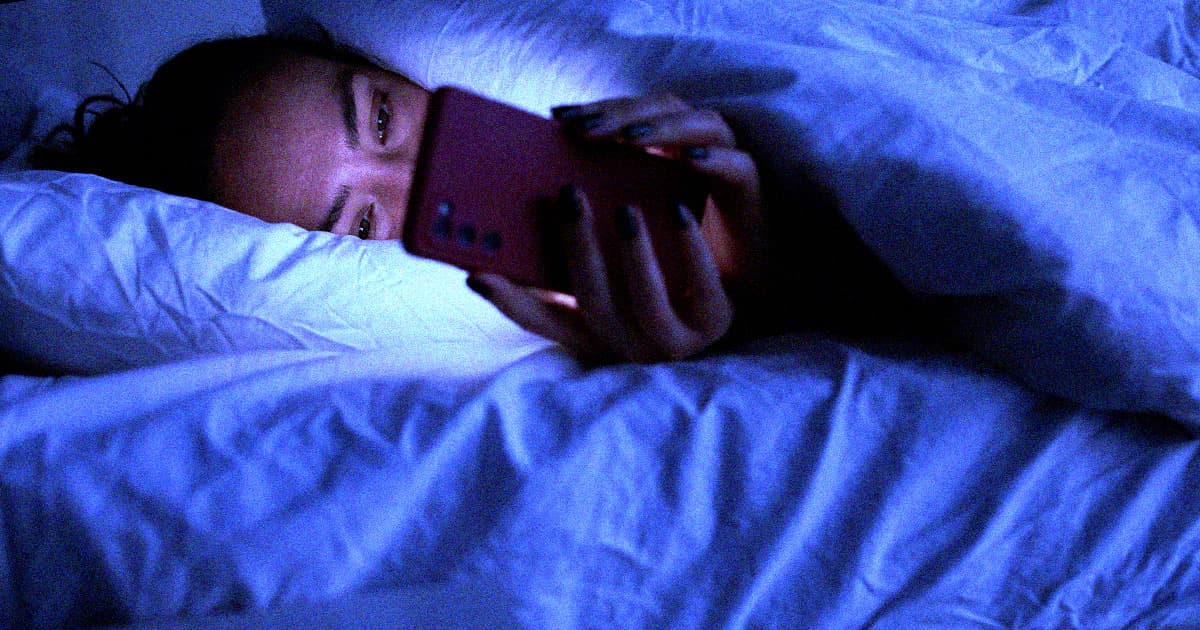 Bad news for doomscrollers: researchers have compelling new evidence that using social media may be making you depressed.

As a new education and public policy study reveals, young adults across multiple personality types who begin using social media for five hours or more per day — which is a long time to be staring at a screen, but not atypical in our plugged-in world — are very likely to develop depression within six months of such elevated usage.

At the heart of the findings, by researchers at the University of Arkansas, the University of Alabama, and Oregon State University, is the concept of "problematic social comparison." In layman's terms, that's the crappy feeling you get when you look at other people's glamorous lives and feel like yours isn't living up.

Online, that phenomenon "can enhance negative feelings of oneself and others, which could explain how risk of depression increases with increased social media use," reads a University of Arkansas press release about the study. "Engaging primarily in negative content can also enhance these feelings."

Social media usage also tends to isolate people, the study suggests, because it "reduces opportunities for in-person interactions and activities outside of the home."

The study, published in the Journal of Affective Disorders Reports, used a sample of 1,000 American adults between the ages of 18 and 30 gleaned from a 2018 survey conducted by Brian Primack, the dean of OSU's College of Public Health and Human Sciences who was also one of the paper's coauthors.

The survey's personality portion relied upon the Big Five Personality inventory, which measures participants' openness towards others, extroversion, agreeableness, and neuroticism. While heavy social media-using respondents with higher neuroticism quotients did tend, per the analysis by Primack and his coauthors from the Universities of Alabama and Arkansas, to be twice as likely to develop depression, even the least neurotic and most open users seemed to experience elevated depression when using social media for five or more hours a day.

"Findings from this study are important during a time of technology expansion and integration," Renae Merrill, a public policy doctoral student at the University of Arkansas, said in the school's press release. "Connecting to people virtually may increase the risk of miscommunication or misperception that leads to relationship difficulties and potential risk for developing mental health problems."

To avoid the worst effects of social media use, Merrill and her colleagues suggest developing a greater awareness of its ill effects on our emotions and relationships.

Though this study was conducted prior to the COVID-19 pandemic, its analysis speaks to the mental health outcomes often associated with increased social media use over the past three years — and especially during lockdowns, when in-person or outside-of-the-home gatherings were particularly risky.

Social media was and remains a lifeline to the world outside our homes during the ongoing pandemic, but as studies like this one suggest, we need to take care to get our minds right, or else risk harming ourselves.