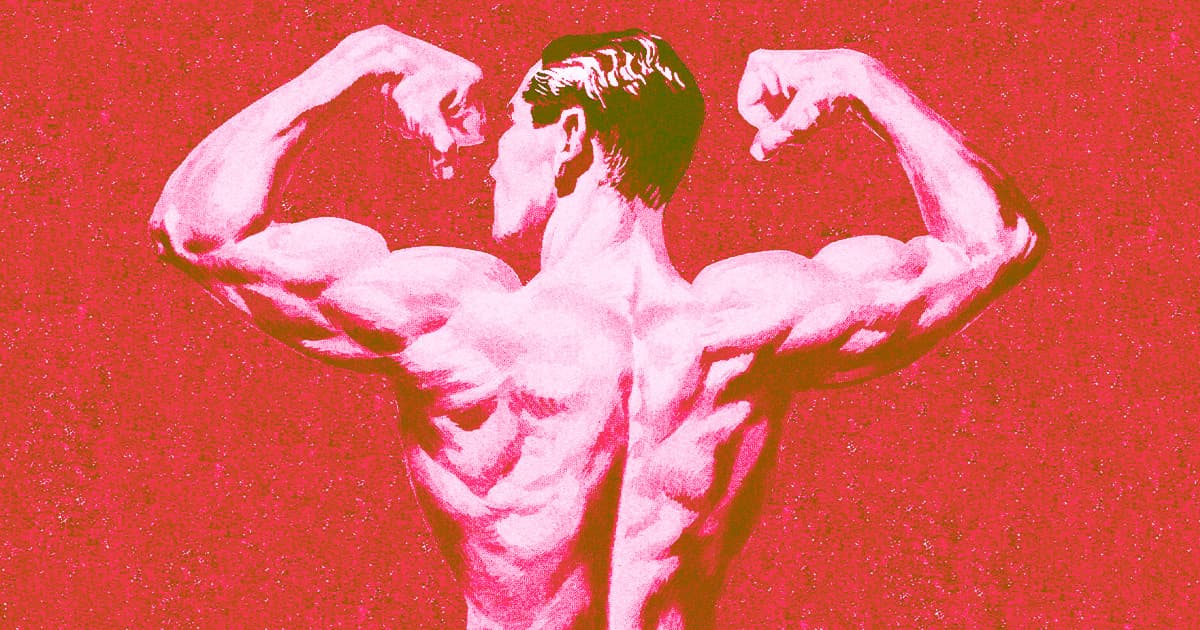 Testosterone is a hormone that plays a key role in libido, as well as many other biological functions, and men with higher testosterone levels have also been found to be greater risk-takers. In this new research, the scientists — an international team hailing from China and Switzerland — wanted to develop a deeper understanding of how testosterone doesn't just impact sex drive, but sexual impulse.

The experimental study, published recently in the journal Psychoneuroendocrinology (say that five times fast), studied a cohort of group of 140 healthy young men, all between the ages of 18 and 26 years.

The participants were split randomly into two groups — one that got smeared with a single topical dose of testosterone, applied to the shoulders and upper arms, and one that received a placebo gel. Participants were then asked to complete a series of 60 "trials."

Each individual trial featured an image of a nude woman, which at first appeared fuzzy. The men were then given three choices:

Analyzing the results, the scientists discovered that those who received the placebo gel opted for the longer-sighted option to wait a bit longer in exchange for a longer reward.

As for those in the testosterone group? More often than not, they decided that they couldn't wait the three seconds, and opted for the more impulsive one-to-one ratio — a finding that supports the notion that testosterone doesn't just boost young mens' sex drive, but puts the pedal-to-metal on their sexual impulsivity. (The scientists noted that, per the Barratt Impulsivity Scale, there was no inherent difference in impulsivity between the two groups prior to the application of the testosterone dose.)

The results are interesting — if very much not shocking — but there are a few caveats, a major one being that nude images are a secondary sexual reward. The scientists have no way of knowing how the testosterone-loaded young men might react when exposed to the opportunity for a physical sexual experience. And as PsyPost points out, participants' baseline testosterone levels were unclear, as were their relationship statuses, both of which — alongside countless other variables — could well impact behavior in the trials.

More on sexual health: Scientists Have a Hack for Having More Sex in Long-term Relationships

1.31.23 Studies
Flirting With a VR Hottie Might Help People Avoid Cheating, Experiment Finds
11.16.22
FTX's In-House Psychiatrist Says Employees Weren't Having Enough Sex, Actually
10.13.22 Studies
Otherwise Healthy Man Found to Be Allergic to His Own Orgasms
9.22.22
NASA Reportedly Concerned That Astronauts Will Get Pregnant in Space
9.14.22 Studies
Scientists Have a Hack for Having More Sex in Long-Term Relationships

2.03.23 Developments
New Law Would Let Prisoners Donate Their Organs to Get Out Early
"It seems like something out of a science fiction book or horror story."
By Victor Tangermann / Read More >>
2.02.23
Unfortunate Redditor Says They Had Diarrhea in a Sensory Deprivation Tank
"I woke up to an awful odor and demanded to be let out of the tank."
By Noor Al-Sibai / Read More >>
1.30.23 Neuroscience/Brain Science
US Surgeon General Warns Against 13-Year-Old Using Social Media
"You're pitting a child against the world's greatest product designers and that's just not a fair fight. And so that's why I think our kids need help."
By Frank Landymore / Read More >>
Keep up.
Subscribe to our daily newsletter to keep in touch with the subjects shaping our future.
+Social+Newsletter
TopicsAbout UsContact Us
Copyright ©, Camden Media Inc All Rights Reserved. See our User Agreement, Privacy Policy and Data Use Policy. The material on this site may not be reproduced, distributed, transmitted, cached or otherwise used, except with prior written permission of Futurism. Articles may contain affiliate links which enable us to share in the revenue of any purchases made.
Fonts by Typekit and Monotype.