"I don't go to a single show without wearing earplugs." 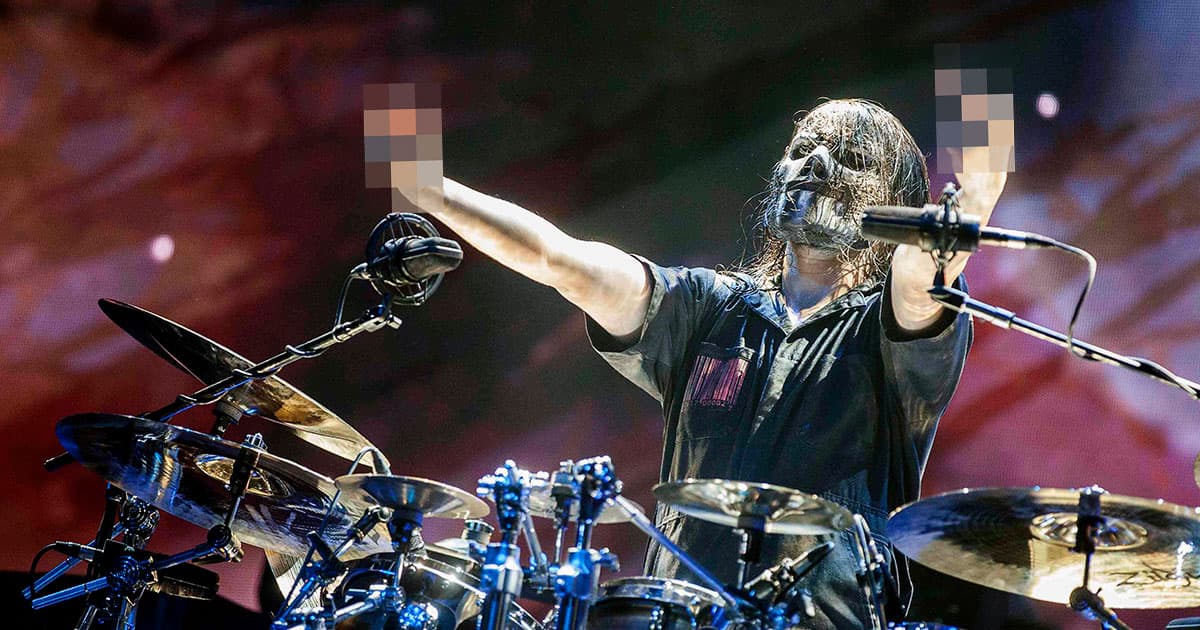 For heavy genres of music like metal, where blistering guitars and blasting drums are key to the sound, hearing health is probably the last thing on the minds of most showgoers. In fact, a study published in the journal BMJ Global Health this week found that a full billion young people are at risk of hearing damage from loud concerts and headphones.

Fully aware of that danger, Jay Weinberg, the drummer for one of the biggest metal bands on the planet, Slipknot, says that earplugs are a must.

"For me personally, I don't go to a single show without wearing earplugs," Weinberg said in a public service announcement for the Hearing Health Foundation.

"I don't go on stage without wearing earplugs or in-ear monitors where I can hear myself and my bandmates," he continued. "It's incredibly important, and if I had not worn earplugs and in-ear monitors from a young age, I might have done a tremendous amount of damage to my hearing."

While a lot of people are warming up to using earplugs today, most still don't, and some hardliners insist you're a wimp or ruining the sound if you do. So a figure like Weinberg stepping up to advocate for earplugs sends a convincing message.

Indeed, it's more important than ever to be conscious of our hearing health. Nowadays we're not just going deaf at live shows, but blasting music straight into our ears thanks to the ubiquity of earphones in tandem with smartphones that let us take our media anywhere.

The World Health Organization earlier this year warned that "millions of teenagers and young people are at risk of hearing loss due to the unsafe use of personal audio devices," in addition to "damaging sound levels at venues such as nightclubs, bars, concerts and sporting events."

Together, the combined double-threat of everyday in-ear listening and the occasional concert without ear protection can be a serious threat to young ears.

As a teenager, Weinberg himself had a scare that sobered him to the severity of the issue after a practice session at which he asked his friends to crank up their guitars.

"We had a great day jamming, but then the next morning I had no high-end frequencies in my hearing," he said. "I thought I honestly lost my hearing altogether, and I was really frightened 'cause I didn't know how to deal with that."

"I strongly encourage you wear earplugs, do it the right way, do it intelligently," he said. "You can still rock out, you can still play the way you want to, and you'll be able to play for the rest of your life."

So keep a pair of earplugs handy next time you're headed to a show or practicing with friends. Your ears will thank you.