Could Sleep Learning be used to Clinically Treat Sexism and Racism? 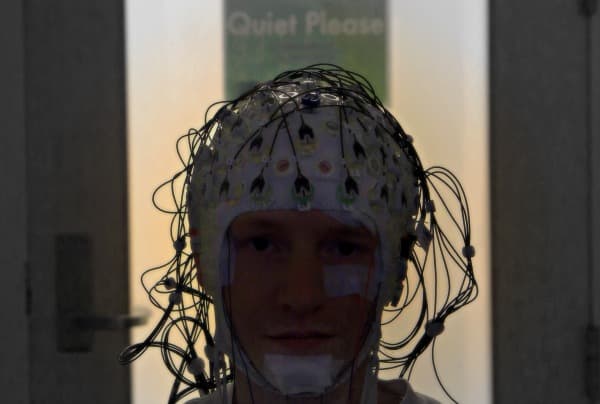 In Aldous Huxley's Brave New World, sleep tells you what to think and believe. How to act. How to dress. How to behave around others. Sleep is your teacher and your guide. Well, maybe not sleep. Not exactly. But something close. In the text, it is known as "sleep teaching" or hypnopaedia.

And it is a real thing.

Typically, sleep teaching takes the form of a sound that is played over and over while one is sleeping. The idea is that the brain stores information more effectively during sleep, when our bodies are rejuvenating. Since the brain can still interpret and respond to stimuli while in deep sleep, it may be an effective time to pass on information. In Huxley's text, this method of learning (indoctrination?) is used to teach people to be prejudiced (in essence, to despise the lower casts and worship the "intelligent" and wealthy).

During sleep, could we use opposite signals in order to erase racism and other forms of prejudice in our own world? Some researchers seem to think so.

To date, research related to sleep learning has been inconclusive. But in a recent article for The Conversation, Gareth Gaskell, who is a Professor of Psychology and heads the Sleep, Language and Memory laboratory at York, stated that you may be able to "erase the innermost prejudices you are most ashamed of by simply turning on a sound machine before going to bed." He goes on to note that new studies have indicated that undesirable prejudices can be counteracted while we sleep; however, sleep learning is not exactly a way to switch off a prejudice instantaneously. Far from it. It will be a long process.

Gaskell is also careful to note that this research is still in its early stages.

The research rests on the idea that newly formed memories are ingrained in the brain as we sleep. This  is known as a "consolidation process," and scientists believe that it can be manipulated to take newly introduced ideas (or new memories) and make them stronger—solidify them permanently in the mind.

For the research, scientists measured the bias that individuals demonstrated through a implicit association test (IAT). In short, people were shown faces of men an women and asked to associate them with specific words related to either science or art. Associating women with art and men with science is generally seen as an indication of gender bias. Next, individuals were asked to  identify only female faces that were paired with science words, and after making this identification, a sound was played.

Test subjects were then asked to take a nap (yes, that does sound like an odd request). But in any case, electrodes recorded the participants brain activity as they slept. Once they were in deep sleep, the cues from the association test (the sound that was played after associating women with science) was repeatedly played.

After the sleep learning was administered, subjects were again measured on their bias, and the people who had the intervention showed less extreme bias. To see how this worked, take a look at the below image.

So, what does this mean for practical applications?

Well, at present time, not too much. Remember, science isn't a bold "Eureka!" Instead, it is a very, very slow process. It is information that builds and amalgamates over time. As Gaskell notes, this is just the beginning.

"No-one is suggesting that biases developed over many years are going to be eliminated using a short intervention and then giving the natural consolidation process a helping hand. For a start, it is unclear how long such replay effects might last. The research included a test of implicit bias one week after the intervention, but although there was some evidence that the sounds did have a benefit at that point, the evidence was relatively weak."

But the work does show that sleep can be used to integrate new memories with existing knowledge. Thus, this could be used in a "chain of consolidation processes" that can lead to improved representations of gender and racial stereotypes. So to be clear, you are not going to convert an avowed racist into a leader in the fight for equality. But in these early stages may be able to help people who are looking to open themselves to new perspectives and become more open minded.

As Gaskell notes, "for this to one day work as a reliable treatment for racism, sexism, or other bad habits we need to know much more about the longevity and generality of changes in implicit attitudes."

And as a final thought, it should probably be mentioned that this research could be used for more questionable purposes. These scientists are not talking about forced mind control or anything like it. Yet, if it is developed, it could be used to sway people to any number of opinions. That does not mean that I think someone is going to use this to bring to life Huxley's dystopian Brave New World (even if we wanted to, that ability is a long way off).

But I can't help but think (at least a little) that this is another instance of science fiction becoming science fact.